'We dodged a bullet': Vilano Beach residents relieved tropical storm had no impact

During previous storms the area was inundated and homes were damaged. 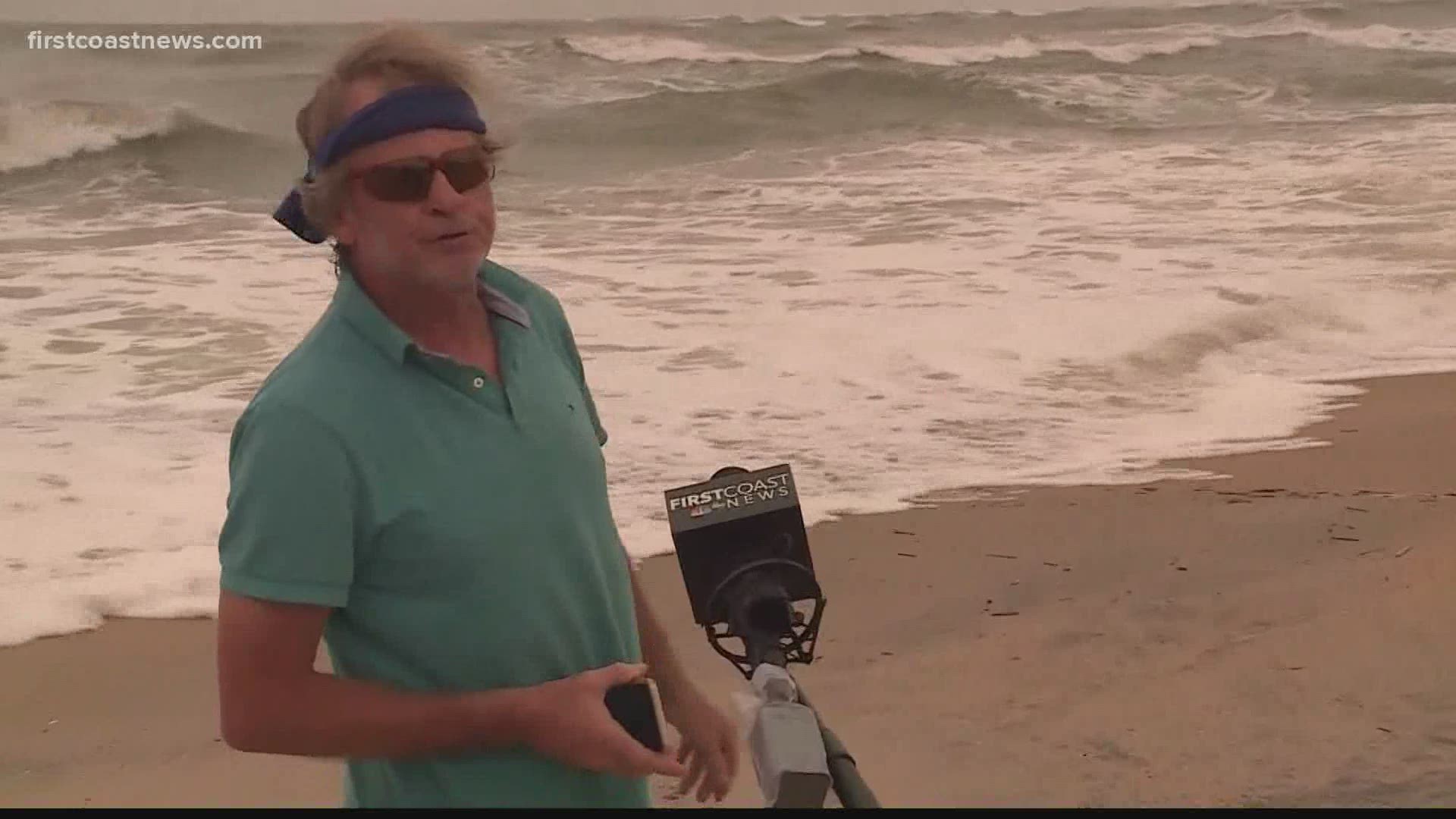 VILANO BEACH, Fla. — Vilano Beach residents knew Tropical Storm Isaias was off the Florida coastline, and it brought back concerns of flooding.

During previous storms the area was inundated and homes were damaged.

A man stood with open arms praying while facing the raging ocean.

Shipley, a self-described local photographer, said Vilano Beach is the subject of his many photos.

"I was preparing ahead of the storm," he said.

And he was gracious after the storm passed.

Except for gusty winds and a storm surge that made the Atlantic Ocean look angry, there was no impact felt from the storm.

"As it slips out of here we may have some very nice pristine weather," he said.

He did it with noticeable gratitude and humility.

"I love this beach. It is stunning," said Shipley, "The sunrise, the jetties, the seat oats and the sunset."

He imagined the beach as a person with many personalities, all charming and inviting.

But on Monday the water was not inviting to swimmers. The beach was closed because it was a safety hazard.

Nevertheless, Shipley and many Vilano Beach residents were there to walk the beach and take in the view.

But hidden behind their smiles and the snap of their cameras was the relief knowing the storm was out of here.

Shipley said perhaps it was a test to remind us to get ready and stay ready.

Floridians are so used to the hurricane season that complacency sometimes becomes the norm instead of preparedness.

Perhaps it is a reminder that even during a pandemic there are some forces that requires your utmost attention for you and your family's safety.

After all this is the middle of the Atlantic Hurricane season and it doesn't end until Nov. 30.

RELATED: Why did the First Coast not see a lot of rain from Tropical Storm Isaias