"I don't want to allow people that weren't supposed to be in the Bahamas to come into the United States, including some very bad people." 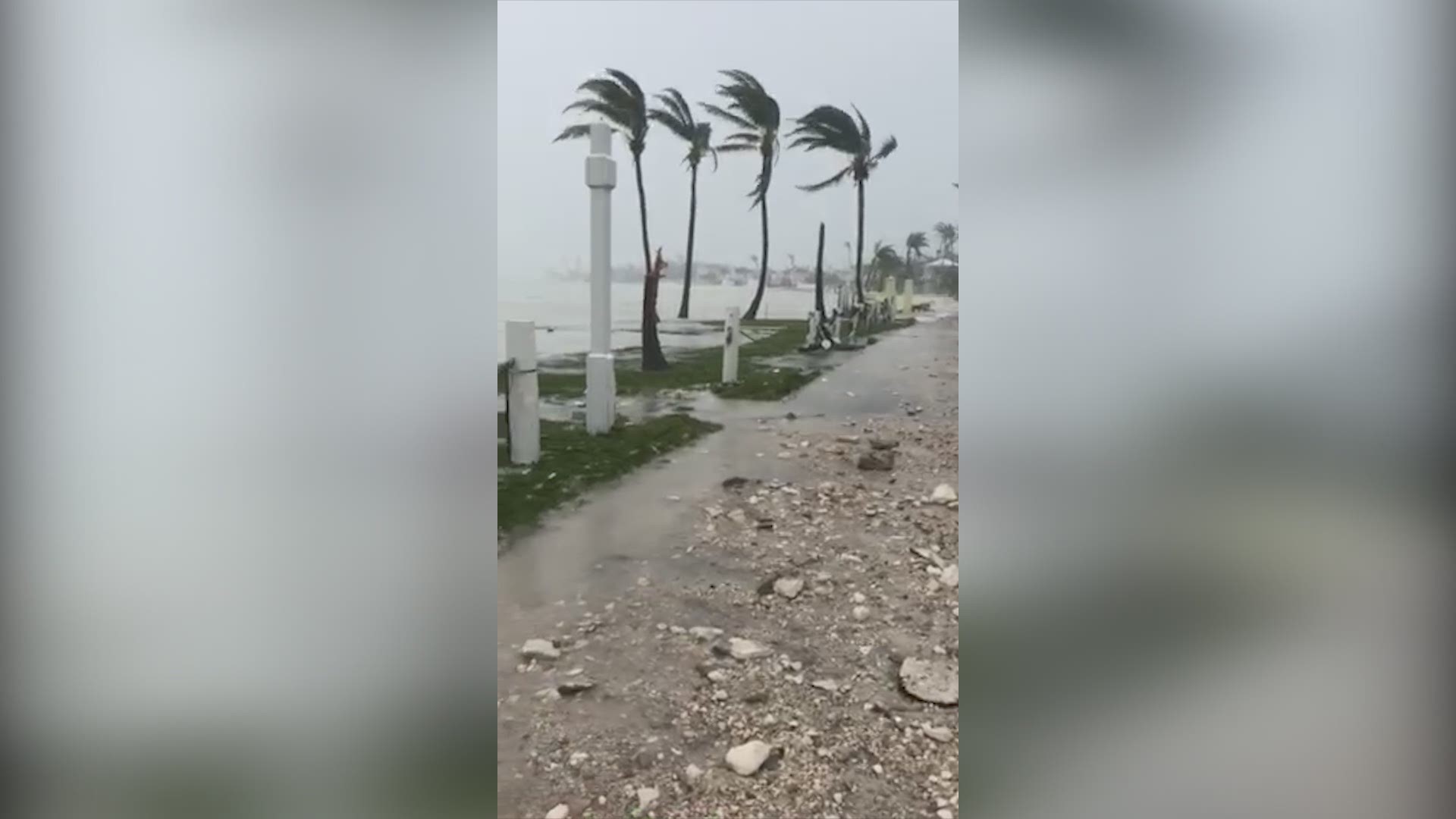 President Donald Trump on Monday downplayed the idea of allowing Bahamians fleeing the destruction of Hurricane Dorian into the United States on humanitarian grounds, hours after his acting Customs and Border Protection chief said it was worth considering.

"We have to be very careful. Everybody needs totally proper documentation because the Bahamas had some tremendous problems with people going to the Bahamas that weren't supposed to be there," Trump said on the White House South Lawn before departing for a campaign rally in North Carolina, where he also planned to survey Dorian damage.

Earlier Monday, acting Customs and Border Protection chief Mark Morgan said during a press briefing that while there has not been any formal grant of temporary protected status, or TPS, for Bahamians affected by Dorian, it was not something he had ruled out. TPS provides legal status to migrants from countries affected by war or natural disaster and allows them to live and work in the U.S. for a set period of time.

Morgan said he had yet to discuss it with Trump but said, "I think it would be appropriate to have that circumstance. History shows we've done that before." He added that if it's a "lengthy time" before residents of the Bahamas can get back on their feet, he expected the discussion to happen.

Instead of allowing Bahamians into this country — which Trump said is "also recovering from the hurricane" — Trump suggested those struggling in devastated areas of the Bahamas could go to the "large sections" of their country that were not hit.

The conflicting stances came a day after more than 100 Bahamians were forced off a ferry boat before it could reach Florida, according to two U.S. Customs and Border Protection officials.

Those removed from the boat were supposed to be taken to the Bahamas capital of Nassau first to get visas, a process that authorities in the United States have been coordinating with the Bahamas government on to ensure is done correctly, Customs and Border Protection officials said in a statement on Monday.

The ferry boat operator had not coordinated the evacuation with U.S. authorities first, the officials said.

Customs and Border Protection said in a statement on Monday that it is "supporting the humanitarian mission with interagency partners in the Bahamas" following Dorian, one of the strongest Atlantic storms ever recorded.

"CBP continues to process the arrivals of passengers evacuating from the Bahamas according to established policy and procedures — as demonstrated by the nearly 1,500 Hurricane Dorian survivors who arrived at the Port of Palm Beach, Fla., aboard a cruise ship on Saturday and were processed without incident," the agency said.

The agency added it was "notified of a vessel preparing to embark an unknown number of passengers in Freeport and requested that the operator of the vessel coordinate with U.S. and Bahamian government officials in Nassau before departing The Bahamas." The agency said that it has already processed nearly 1,500 storm survivors at the Port of Palm Beach, Fla., aboard a cruise ship on Saturday.

Video of the evacuees being ordered off the boat was first shared by Miami's WSVN reporter Brian Entin late Sunday.

Anyone arriving in the U.S. from another country needs to first meet with a Customs and Border Protection officer at official ports of entry and must have valid identity and travel documents, the agency's statement said.

Dorian has killed at least 44 people in the Bahamas, according to the country's health minister. The storm hit the islands as a Category 5 last Sunday and Monday, leaving tens of thousands of residents homeless. It then slammed North Carolina's Outer Banks Islands before pounding Canada's Atlantic Coast.