More than halfway through the Atlantic hurricane season; how this year compares to averages so far

On average, an Atlantic hurricane season will feature 14 named storms. With more than two months left, there have already been 14 Atlantic named storms. 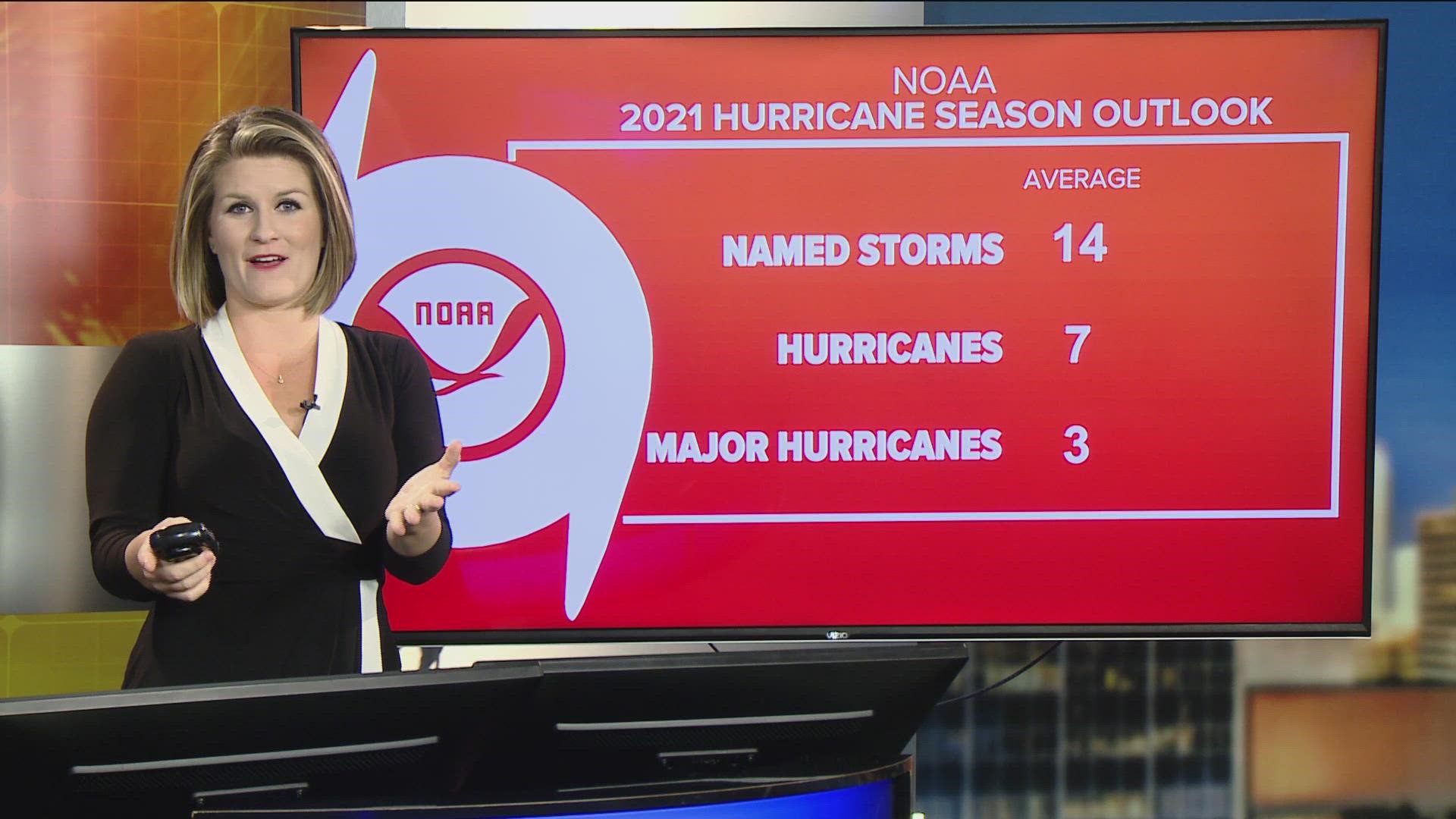 JACKSONVILLE, Fla. — As expected, 2021's Atlantic hurricane season is shaping up to be above average. Just recently, Mindy formed on September 9th well ahead of schedule. The average date for the 13th (or M) named storm is October 24. Shortly after, Nicholas was crossed off the list. Odette will come next. Only seven names remain with more than two months left in the season.

As of September 14th, there have been 14 named storms, six hurricanes, and three major hurricanes.

Eight of those storms have made landfall across the continental U.S. with six of them being tropical storms. The U.S. has seen two landfalling hurricanes so far, Ida and Nicholas.

NOAA’s Climate Prediction Center (CPC) announced 1991-2020 as the new 30-year period of record earlier this year. The updated averages for the Atlantic hurricane season increased from 12 to 14 named storms and six to seven hurricanes. The average for major hurricanes (Category 3, 4 or 5) remains unchanged at three.

Something to keep in mind is that these seasonal outlooks do not tell us where a storm will end up, it just tells us how many we can expect across the entire basin. We can have an active season with no impact or a "quiet" season (as far as numbers go) with a single storm making it a "busy" season for you.

No matter the outlook, we should always prepare for hurricane season as it only takes one storm to make an impact.

The Atlantic hurricane season runs from June 1 to November 30.