A local physician -- sick of paying to repair his home from flood damage -- sets up an Aqua Dam around his home on the Intracoastal. 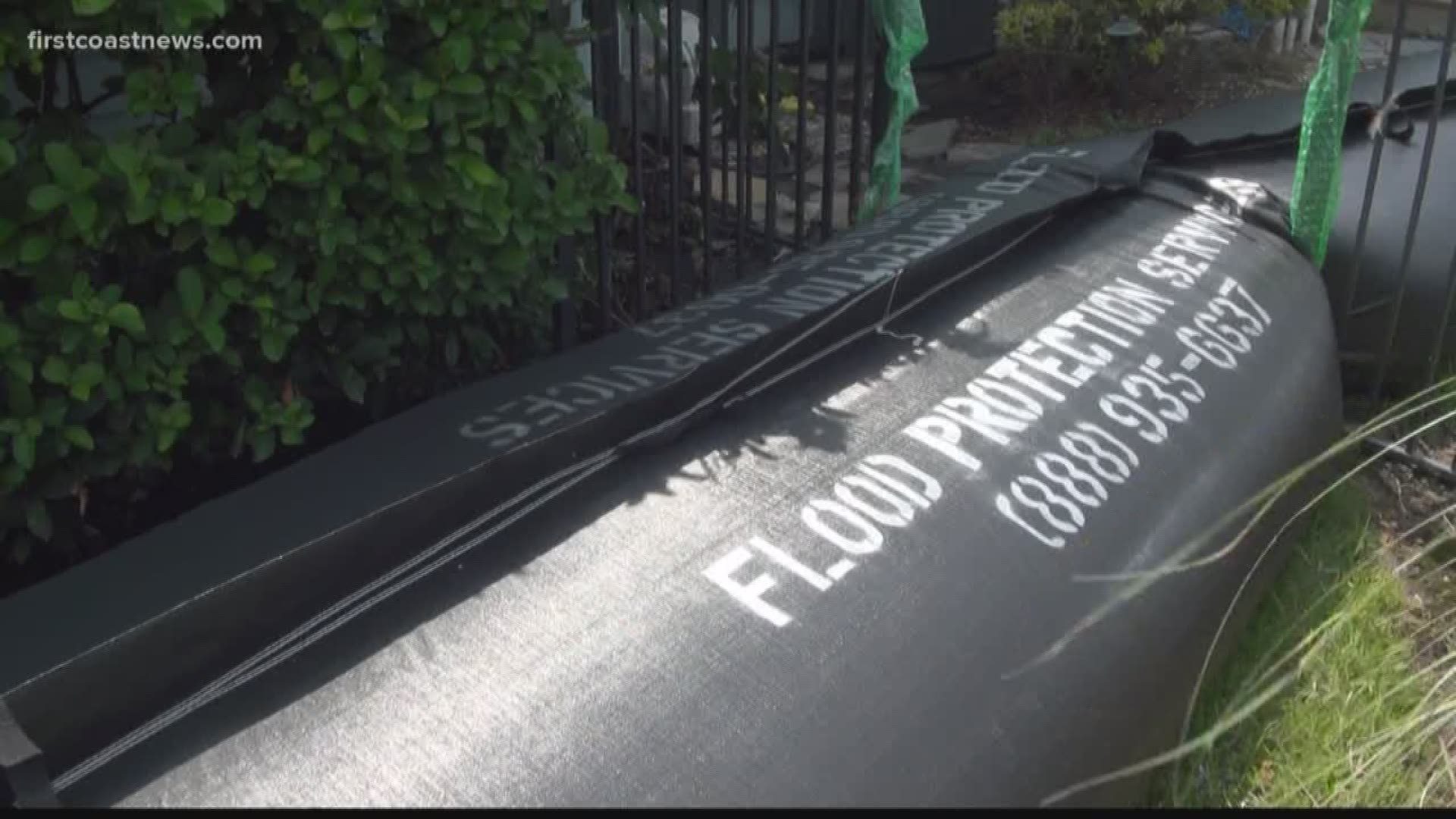 JACKSONVILLE BEACH, Fla. — In "desperation" to avoid ripping out his walls for the third time, local physician Dr. Mark Messinese decided to set up an Aqua Dam for Dorian.

Even though Dorian didn't spit out an intense surge, Messinese says it turned out to be a good practice run and was "of great psychological value."

He says the flooding into his home on the Intracoastal was bad enough in both hurricanes Matthew and Irma, he had to rip out walls and replace furniture and appliances. The bill with Irma alone was, he says, was $50,000.  And he says, "Matthew was worse."

Messinese says the Aqua Dam cost about $8,000, far less than repairing his home for the third time.

He pumped 18,000 gallons of water into the Aqua Dam. He says it took a couple of hours, and it was challenging at first until his wife and friends figured out how to manhandle the Aqua Dam, which is 800 pounds when dry.

It's about two feet high and four feet wide. To get inside his house, he walks on top of it, a bit tricky, but doable.