'It's actually my dream house' Man will ride out Hurricane Dorian in Jax Beach, inside home built on truck

With Hurricane Dorian beginning its northward track in the Atlantic, one man will be staying put inside his custom-built home. 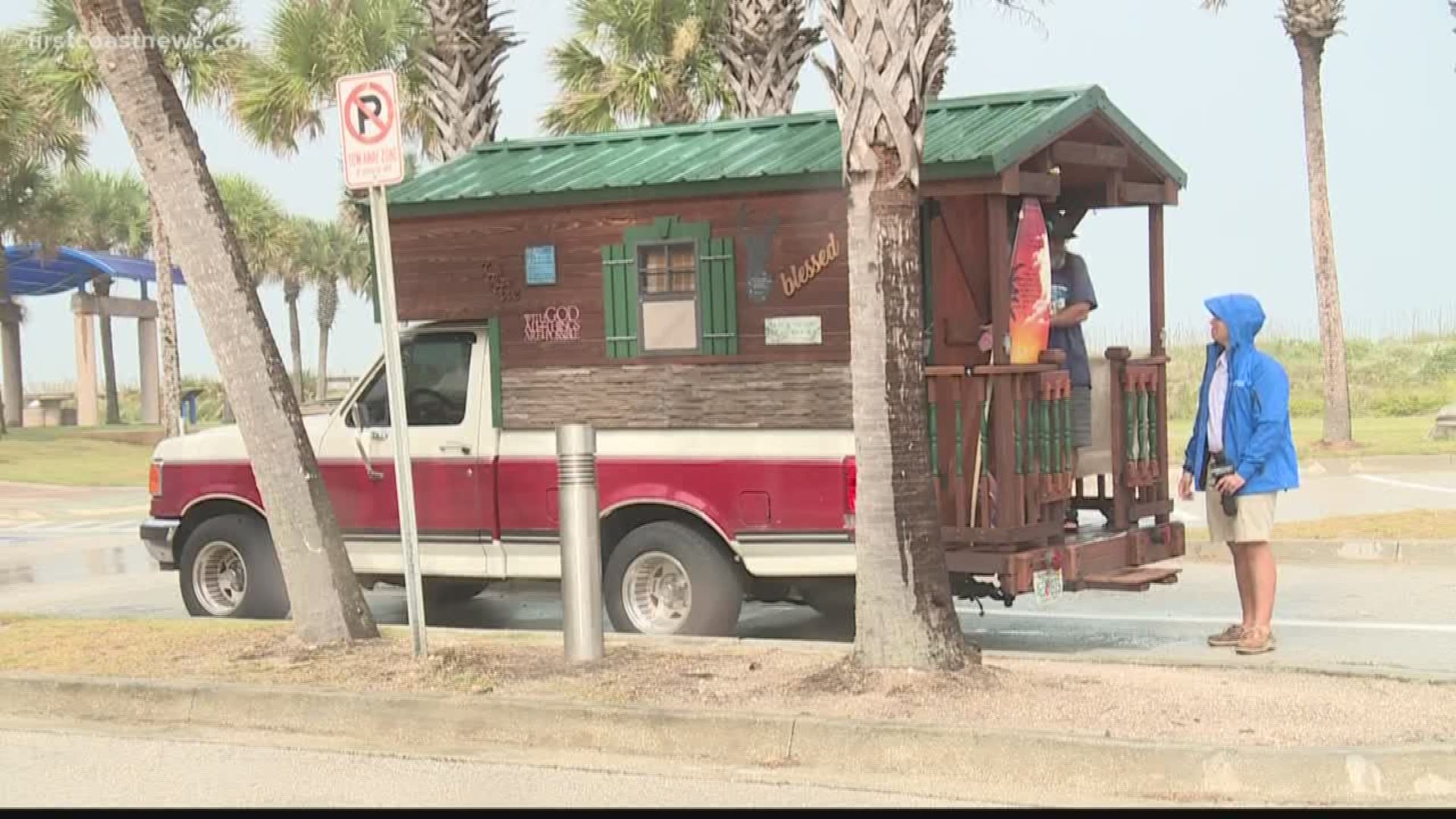 JACKSONVILLE BEACH, Fla. — Going by just his first name, Daniel lives inside of a home built on the flatbed of a Ford pick-up truck. He travels the continent as a self-described "disciple of Jesus Christ."

"My passion is for the Lord and the ways of the Lord," Daniel said.

As a carpenter, Daniel hand-built the home. He said he likes to spend much of his time on the coast to go on the water and surf.

"It's actually my dream house," Daniel said. "I always wanted a log cabin when I was a kid."

While the home lacks electricity and plumbing, Daniel said he makes it work.

"It's pretty basic," he said. "What I have is a lot of battery-operated stuff. I did install a door battery system just the other day."

Daniel said he remembers riding out Matthew in the bay of a car wash. He plans to do the same for Dorian.

"It was rocking pretty good," Daniel said. "So it was a little scary. But I thought I was sheltered pretty good and I don't take things for granted. I do what I have to do."

Now that it is time to ride out another, Daniel said he is more than prepared.

"As long as I'm being diligent and wise in what I do, whatever happens, happens," he said. "It's God's will for me."

Daniel travels for ministry and has spent some time in Mexico. He said his faith in Jesus guides his life, and that his hope is that others find the same.