Ken Chumley designed and built his boat, Mosey, a steel trawler. He will ride out the storm at a Jacksonville Beach marina. 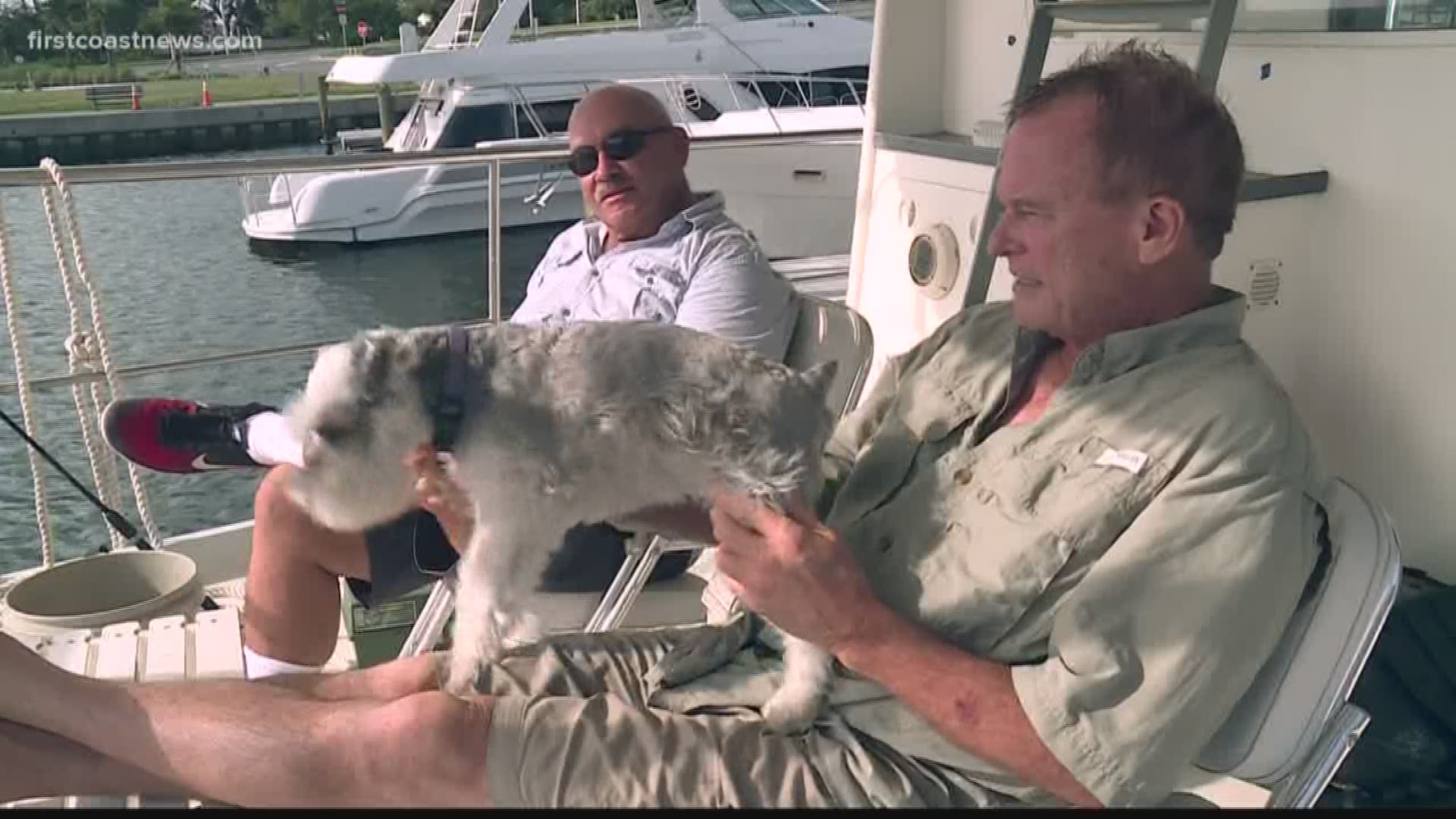 JACKSONVILLE BEACH, Fla. — With seven hurricanes on the water under his belt, Ken Chumley is not too worried about Dorian.

Chumley built his boat, Mosey, by hand. Working with a welder, he designed and constructed the boat himself, putting it in the water for the first time in 2007.

"I know how it's made, I know the capabilities of it," Chumley said. "I know it's gonna take good care of me."

The process of building Mosey took years. Chumley worked out of an old boatyard off the Chesapeake Bay. The boat is a steel trawler with a low profile that he navigates himself.

"When you build it, it's your home," Chumley said. "It's really part of who you are. So when there's a threat, you want to do what you can to protect it."

Docked at Beach Marine, Chumley said he has his supplies together and he is ready for Dorian. He has ridden out Matthew and Irma while on Mosey.

"For Irma, we decided to stay here and I was on the next dock over," Chumley said.

Chumley said the conditions were worse for him during Irma.

"I was sitting on the end flybridge having a cup of coffee, it was about 7:30 in the morning and the wind shifted," Chumley said. "That's when the piling that holds the docks in place ... I looked down and it was gone. I thought 'Uh oh, we're gonna have a problem.'"

The dock he was on had been destroyed and Chumley's boat ended up moving across the channel. He was fine, and he said marina staff helped him and other boaters out.

Chumley said his boat will withstand the conditions he expects Dorian to throw his way.

"Mosey is very self-sufficient," Chumley said. "I have a 500-gallon water tank that I have topped off. I have of course 3,000 gallons of fuel, but I also have a generator so if I'm without power, I can start the diesel generator and run for pretty much as long as I want to."

Moving into Wednesday, Chumley said he feels more than safe in his home.

"It's an adventure," Chumley said. "Sometimes you need an adventure in your life, just boarding things up and hiding behind shuttles or just taking off and leaving, that's all good. I would never think badly of anybody who does that. But some of us are a little bit different, and that's okay."

RELATED: FIND A SHELTER: Where to take shelter during Hurricane Dorian

RELATED: How Dorian could affect you: A county-by-county breakdown

RELATED: List of theme parks closing because of Hurricane Dorian

RELATED: LIST: Mandatory evacuations across the First Coast ahead of Hurricane Dorian