Homes are still standing but approximately five of sand below them are gone, according to public works officials. 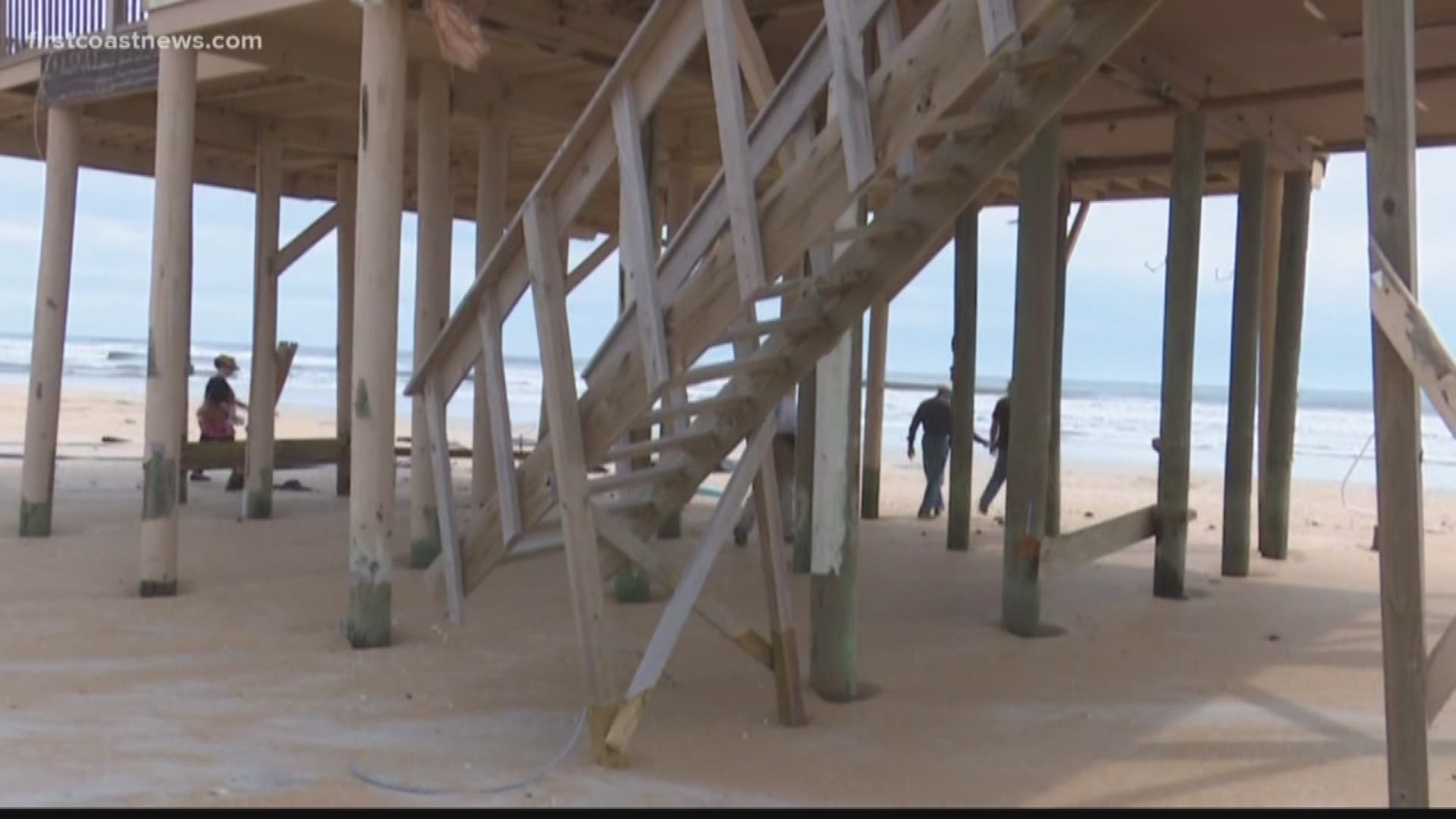 Beach erosion sparked concern across the First Coast in the wake of Hurricane Dorian.

One area that lost several feet of sand was just south of Summer Haven in St. Johns County.

Homes are still standing but approximately five of sand below them are gone, according to public works officials. One home, which has sat abandoned since a previous storm, now has an exposed septic tank: its staircase in a precarious position after it was blown around in Wednesday’s storm.

St. Johns County Public Works is assessing the barrier island and spots of A1A where Director Neal Shinkre said the ocean overtopped the road during the storm.

Drone video taken Thursday showed crews moving sand and down fences around near Old A1A. The sand road would need to be built back-up and have a protective barrier added. The project has already been approved, but now officials are inspecting to see what Dorian did to the area – potentially sending them back to the drawing board.

Walter Coker, who lives nearby, explained his concern is that this stretch has been hit before and taxpayers are left footing the bill.

He said he would rather see the last few residents retreat.

Coker said, “There were homes falling-in after Matthew and Irma that were basically tipped-over into the water and then there were permits to build new homes within a mile of those, so when will the madness stop?”

He added if the barrier island cannot dissipate wave energy and shift naturally, that could spell trouble for others.