The E and J names are new on the list for 2021. Here's what names they've replaced and why. 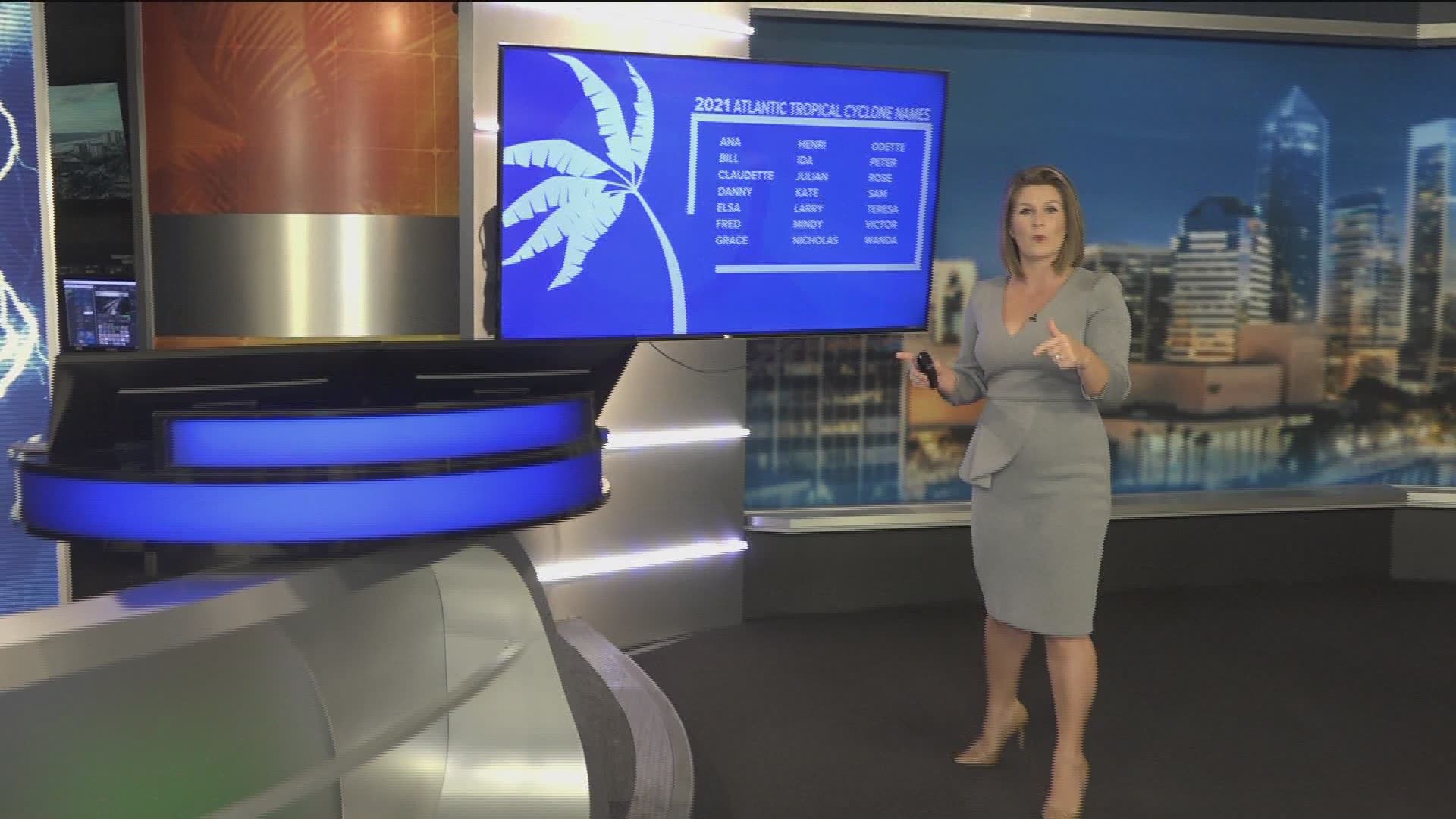 JACKSONVILLE, Fla. — The list of names for Atlantic tropical cyclones is recycled every 6 years. That is, unless a name is retired.

Every year, the World Meteorological Organization holds a meeting to discuss which names should no longer be used based off how devastating or deadly a storm was that season. Names like Matthew, Irma, and Dorian are no longer on the list. The retired names are then replaced with a new name for the next time the list is in rotation.

The 2021 list has two new names - Elsa and Julian. Both the E and J named storms were destructive enough to be retired in 2015, but they were vastly different as far as structure and strength go.

In 2015, the E named storm was Erika. This was "just a tropical storm" as many people might say. However, it's a reminder to never judge a storm's intensity solely based on its category. Erika brought significant flooding and gusty winds, particularly across Dominica, the Dominican Republic and Haiti. This storm produced excessive rainfall rates of several inches per hour triggering flash flooding and mud/rockslides.

Historically, some of the highest death tolls with Caribbean tropical cyclones have occurred in these situations. Unfortunately, Erika was one of those situations. Hence, "just a tropical storm" is now on the retired list of names.

PSA - #Elsa on the 2021 Atlantic tropical cyclone name list this year is replacing #Erika from 2015 (which was "just" a tropical storm that produced significant flooding and gusty winds, particularly across Dominica, the Dominican Republic and Haiti)#FCNStorm pic.twitter.com/7j0Vzdv5j3

Julian, on the other hand, is now replacing Joaquin. In 2015, the extremely powerful hurricane only 2 mph shy of becoming a category 5 storm. By wind speed, Joaquin at that time was the strongest Atlantic hurricane since Hurricane Igor in 2010 also had 155 mph maximum winds. Joaquin was a rapid intensifier and, at one point, dropped 57 millibars in less than 40 hours strengthening from a tropical storm to a category 4 hurricane.

This storm ravaged the Bahamas, caused the sinking of the El Faro cargo ship and 34 deaths, and produced severe flooding across South Carolina.

PSA - #Julian on the 2021 Atlantic tropical cyclone list is replacing #Joaquin from 2015 (which ravaged the Bahamas, caused the sinking of the #ElFaro ship, and produced major flooding in SC) #FCNStorm pic.twitter.com/ywPhFCnzIQ