“I had 3 feet of water in my house from Matthew ... I lost almost everything I owned," neighbor Donna Dove said. 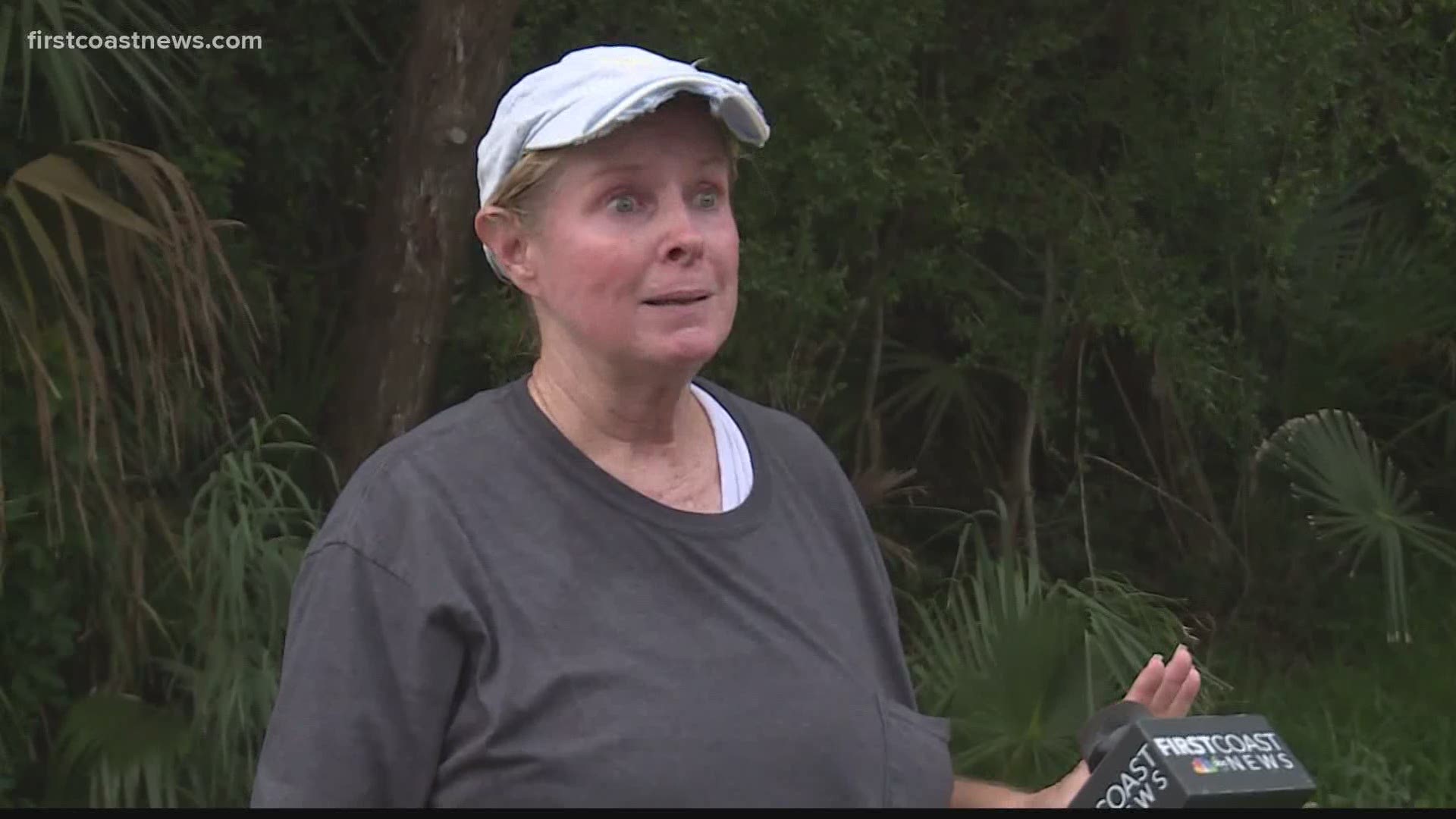 ST. AUGUSTINE, Fla. — Davis Shores neighbors are relieved, to say the least, after Isaias passed by without leaving heavy rain in their streets or homes.

This St. Augustine neighborhood has really had some tough times during the last few major hurricanes that came through the First Coast.

A tidal creek off Coquina Avenue is where nearby homes and the road itself have been prone to flooding during previous storms -- including knee-deep water on the road during Dorian.

In recent months, the City of St. Augustine has increased the height of the wall there to prevent a repeat.

But, long-time Davis Shores resident Donna Dove said the drainage system a few blocks from Coquina Avenue has left a lot of damage behind for her and her neighbors, too.

In fact, Dove said when heavy rain collects in a ditch across the street, it causes the drainage systems to clog, and inevitably floods homes near Menendez Road and Kenan Street.

“I had 3 feet of water in my house from Matthew, and then I had another foot with Irma," Dove described. "It was devastating. I lost almost everything I owned, but I chose not to be a victim and I put my life back together. I can’t afford to elevate, and I can’t afford to sell and move away. So, I do what I can afford and that’s put it back together and live in it.”

The wind gusts almost blew my hat off during our last live. It’s even a little bit chilly, but some Davis Shores neighbors are enjoying their morning coffee by the tidal creek, HAPPY #Isaias is staying away for now. @FCN2go pic.twitter.com/KWf4CfqzhG

First Coast News spoke to other neighbors Monday who were out on their daily walk around the neighborhood.

They are all relieved to have seen nothing but some strong wind gusts in the morning and some minor rain Monday afternoon.