If you lived across the Jacksonville area in October of 2016, there's a very good chance you remember the name Matthew. 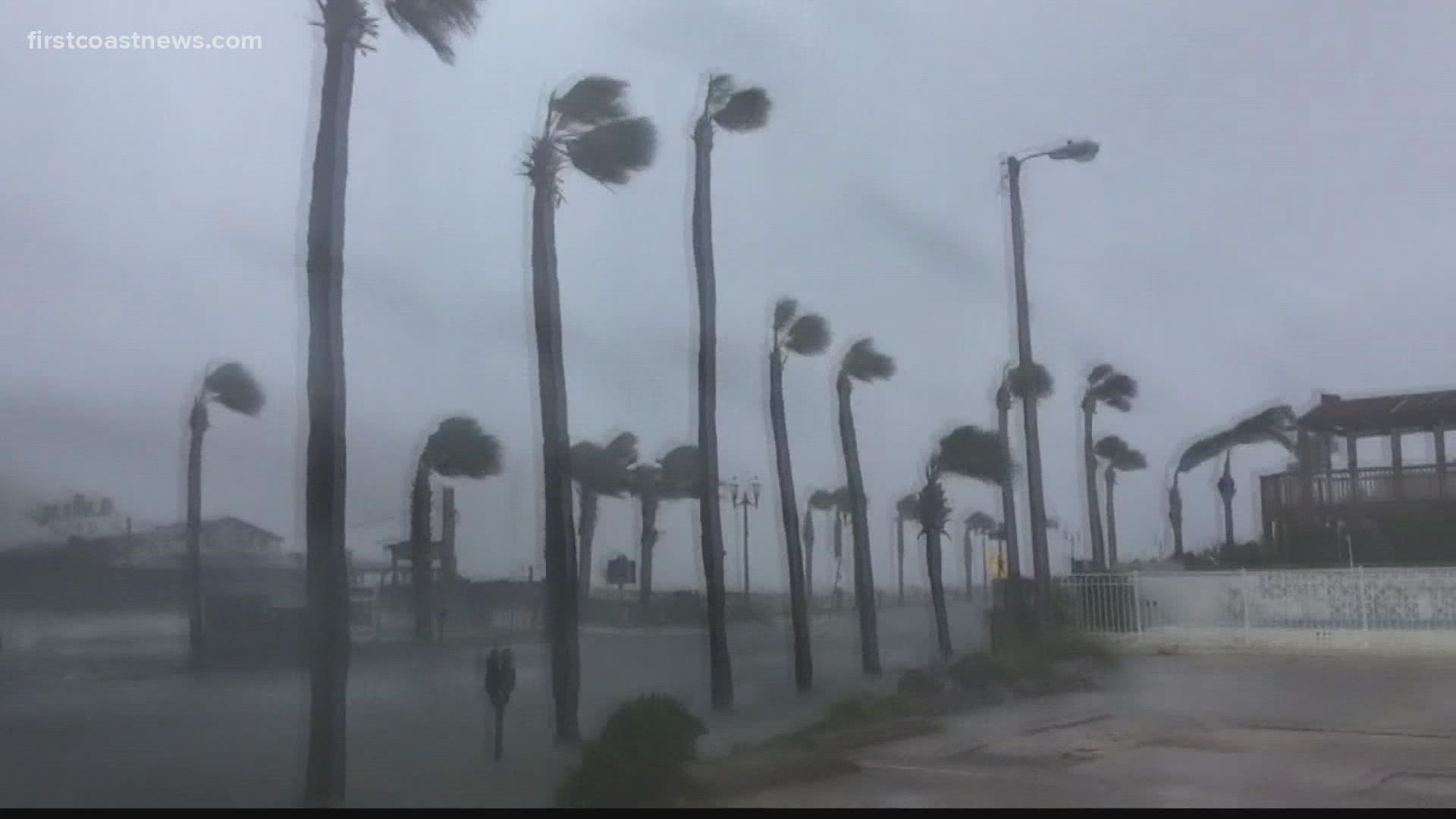 JACKSONVILLE, Fla. — The rising water and howling wind were common sights and south across the First Coast on Oct. 7, 2016.

Jacksonville was in the "thick of it" five years ago as a powerful hurricane was tracking just offshore of the Florida East Coast.

Matthew, which at one point over the Caribbean Sea was a category 5 hurricane with 160 mph winds, was racing by our beaches as a strong category 2.

The storm's powerful eyewall managed to stay roughly 30 nautical miles offshore. Any wobble to the west could've resulted in a much worse scenario for southeast Georgia and Northeast Florida.

While we spared a direct hit, many people's lives were changed forever.

Storm surge started to flood coastal homes by 9 a.m. in Flagler Beach. Then, reports came in from St. Johns County. Water was flowing onshore as a new inlet formed between Marineland and the Matanzas Inlet.

#TBT - Strong wording from NHC in their forecast advisories and discussions 5 years ago as we were tracking Hurricane #Matthew. #FCNStorm #GMJ pic.twitter.com/QCIZTrJGLS

Maximum inundation reached at least 5 to 7 feet above ground level in areas along the coast. There was severe damage from flooding throughout St. Augustine in places like Davis Shores, Lincolnville, and Summerhaven.

In Jacksonville Beach, the dunes were breached and a portion of the pier was ripped away. Mayport's tidal gauge reached the second-highest level on record since the late 1800s.

Stretching up into Nassau County, a Flash Flood Emergency was issued for the Egans Creek Community. In Glynn County, Georgia, almost 10-inches of rain fell.

The water was a major concern, but Matthew's gusts added insult to injury. An 82 mph wind speed was recorded in Fort Caroline of Duval County. Pieces of houses, decks, and boardwalks were seen up and down A1A after the storm. Tree damage was widespread. Debris littered the area.

The hurricane proved what an intense storm skirting offshore can do. Anyone who was in Jacksonville in October 2016 more than likely remembers this day and will never forget the name Matthew. 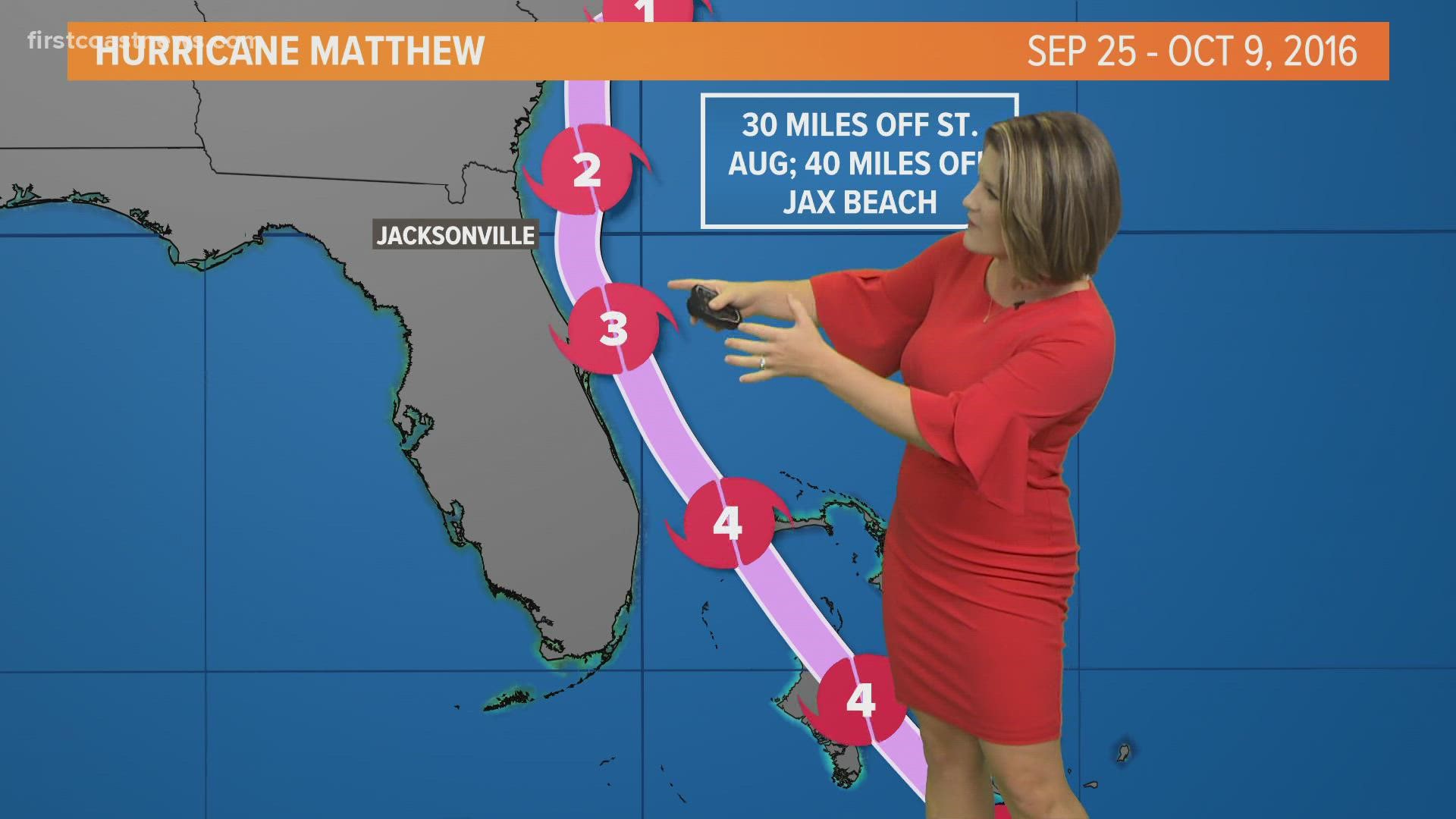 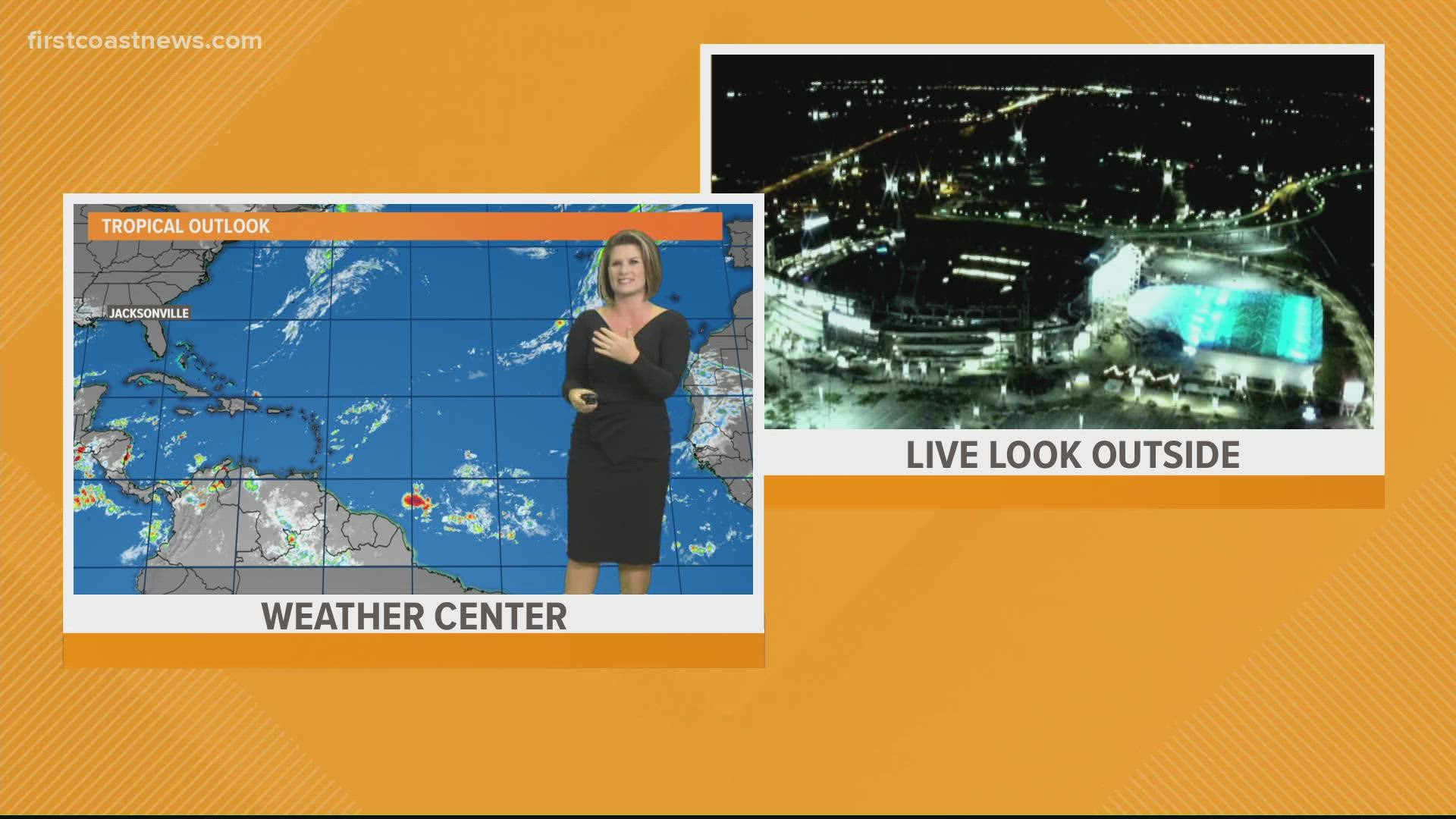 Knock, knock. Who's there? No tropical development expected across the Atlantic basin!