A group of dogs from Lafayette, La., have made their way to Nassau County and are now up for adoption. 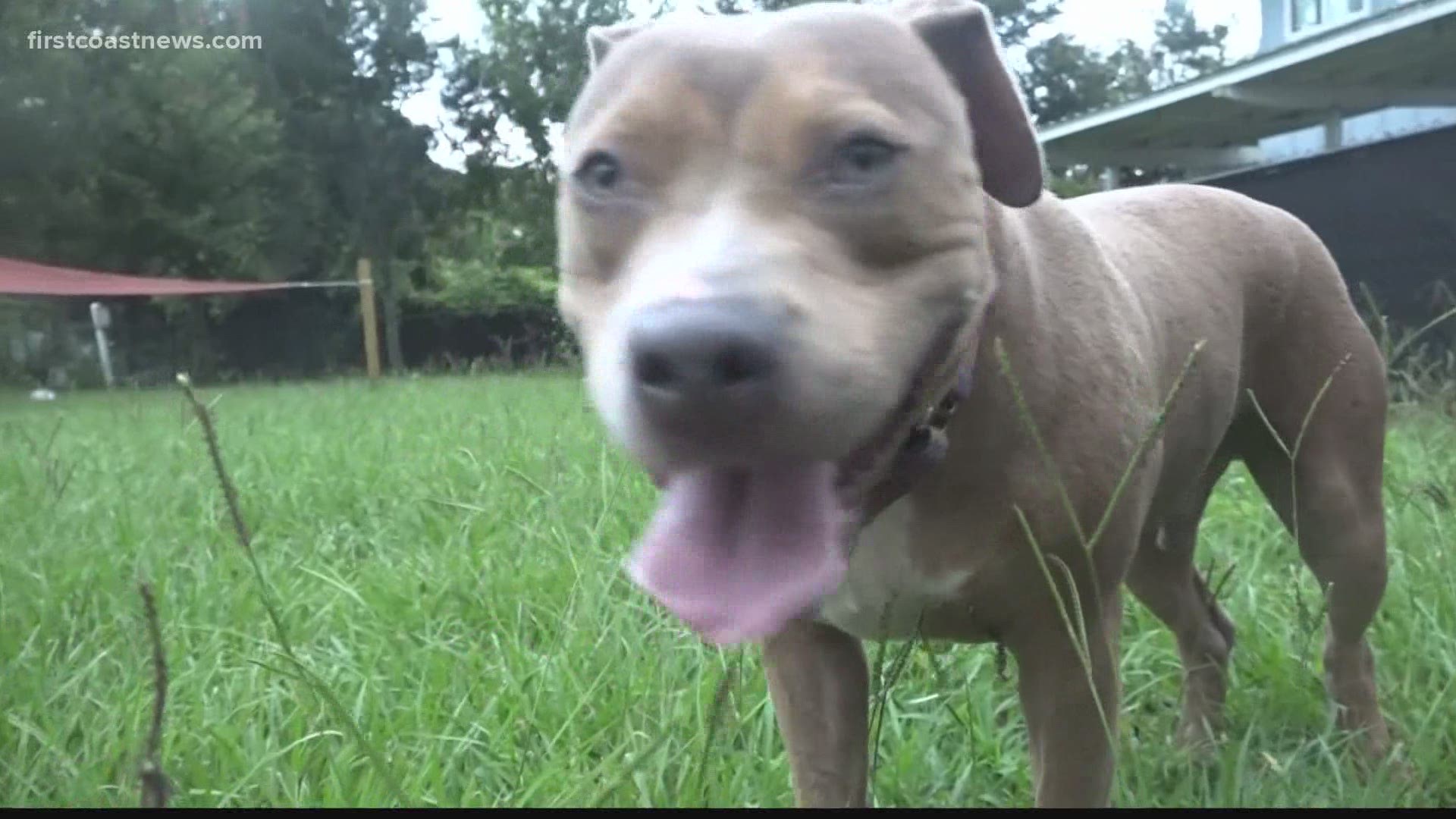 More than 100,000 people are estimated to be without power, and that devastation means many pets are now homeless. A group of dogs from Lafayette, La., have made their way to Nassau County and are now up for adoption.

“Unfortunately, many people lost their homes due to Hurricane Laura, and they had to surrender their beloved pets to the shelter," said Debbie Chissell, executive director at the Nassau Humane Society.

That's when the Nassau Humane Society got a call.

“This caused a huge overcrowding problem, so they reached out to us to see if we would be able to take some of those dogs into our care," Chissell said.

Three dogs arrived in a van Friday in Jacksonville and made their way to Fernandina Beach.

“Sebastian actually got adopted the second day he was here," Chissell said.

Sterling is a three-year-old mixed-breed dog with a gentle personality.

“Sterling, he’s just a love bug," Chissell said. "He is so quiet until he warms up with you. He loves other dogs.”

The third dog is Peloton, a one-year-old Labrador Retriever and German Shepherd mix.

The two pups are ready to find their fur-ever homes and put their best paw forward starting a new life.

“To know their animals are here, and they will be adopted into permanent, loving homes, I think is a win for both people and animals," Chissell said. "It’s a great story.”

This is Sterling. He's one of three #dogs the @Nassau_Humane Society took in from #HurricaneLaura. I'll have details on the dogs looking for their furever homes tonight on @FCN2go.#adoptdontbuy #AdoptDontShop #RescueDogs #rescuedog #dogsoftwitter #DogLover pic.twitter.com/NEX9AQdMLL

Sterling and Peloton lost their homes in Lafayette, Louisiana during #HurricaneLaura. They arrived at the Nassau Humane...