Congested roads and overcrowded schools. That's what many residents fear will happen if a proposed development near their neighborhood gets the green light 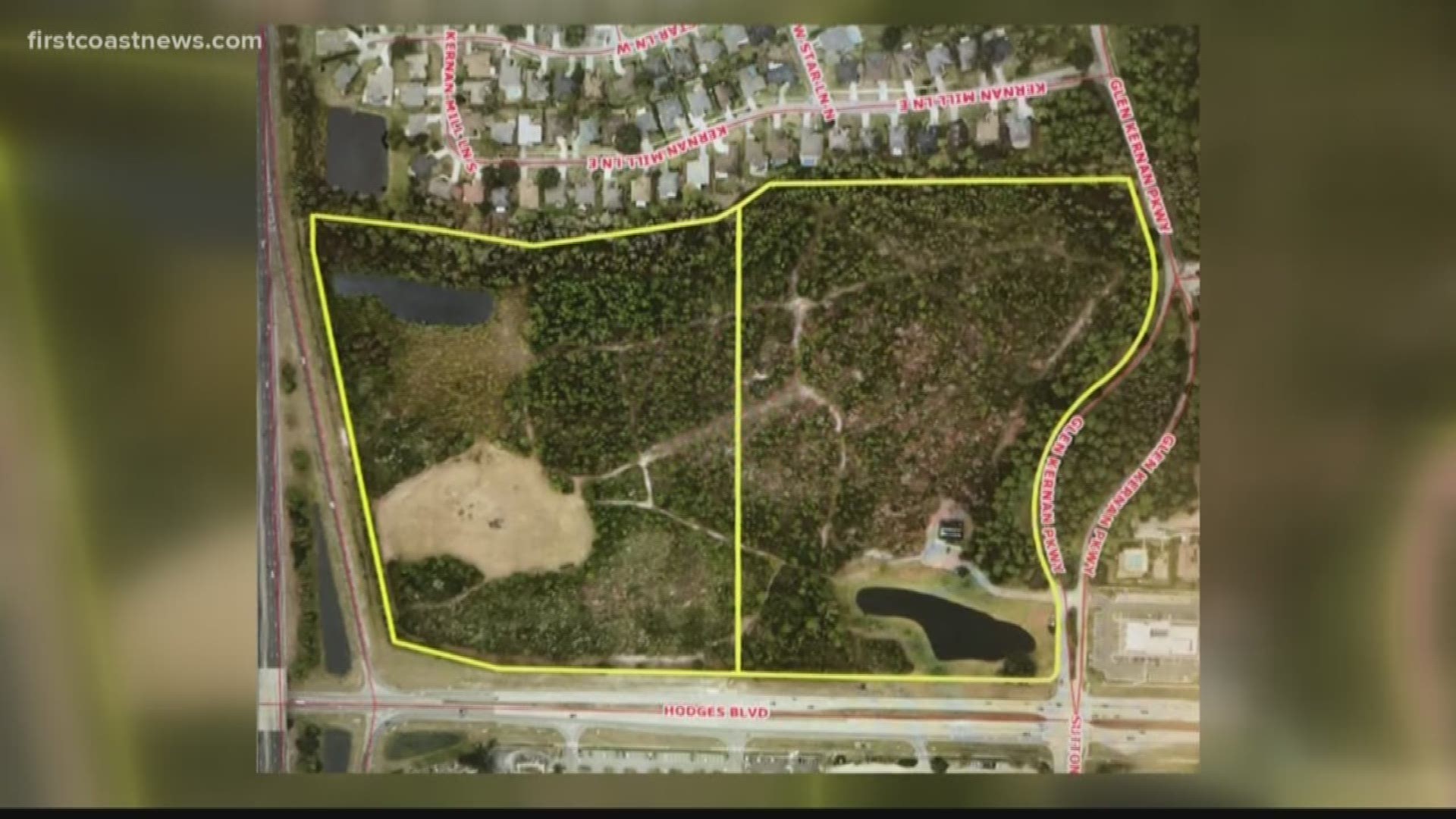 JACKSONVILLE, Fla. — A proposed development that could bring more than 900 apartments to Jacksonville’s southside is getting a lot of push back from residents who live nearby.

Hundreds turned out at a meeting Monday night to express their concerns about plans for the property on Hodges Boulevard at JTB.

“For me, it's a traffic issue," said Roger Exum. "My family likes to go out bike riding and walking in the neighborhood. Adding that many more family units would add a tremendous amount of traffic, especially into our neighborhood."

He, like many of his neighbors, is concerned that this proposed development would make traffic even worse in the area and lead to overcrowded schools.

The owners of a nearly 50-acre parcel across from the Windsor Commons Shopping Center want it rezoned for mixed use, including up to 970 family units and office, retail and commercial space.

“They have a right to develop their property, but for all of those people who bought homes, they were not expecting more apartments," said Bart Ballew. "Maybe up to 970 units. That impacts the schools there. Schools already have too many kids for each school. I’ve just seen the growth balloon where it's time for me probably to be moving somewhere else because it is not what I moved into.”

More than 200 residents packed into the cafeteria at Chets Creek Elementary School for a public meeting with City Council President Aaron Bowman.

“I'm disappointed it seems to be a done deal and they're not really interested in input,” said Sue Mackinnon.  “It will be a nightmare.”

Councilman Bowman says he was surprised by the large turnout of those opposed to the project but says it’s up to all homeowners to do their research before investing.

“Before you buy a piece of property, you need to make sure if there is vacant property around it what it is and who owns it and what's going to happen to it, because certainly a lot of people, when they drove in that neighborhood, saw the land over there and didn't take the  time to figure out it was already zoned commercial,” said Bowman.

The Jacksonville City Council will hold a public hearing at its June 11 meeting. The Land Use and Zoning Committee will be discussing it June 18.