"We're MAD and we need to send a message that consequences will follow unjust treatment of our people." 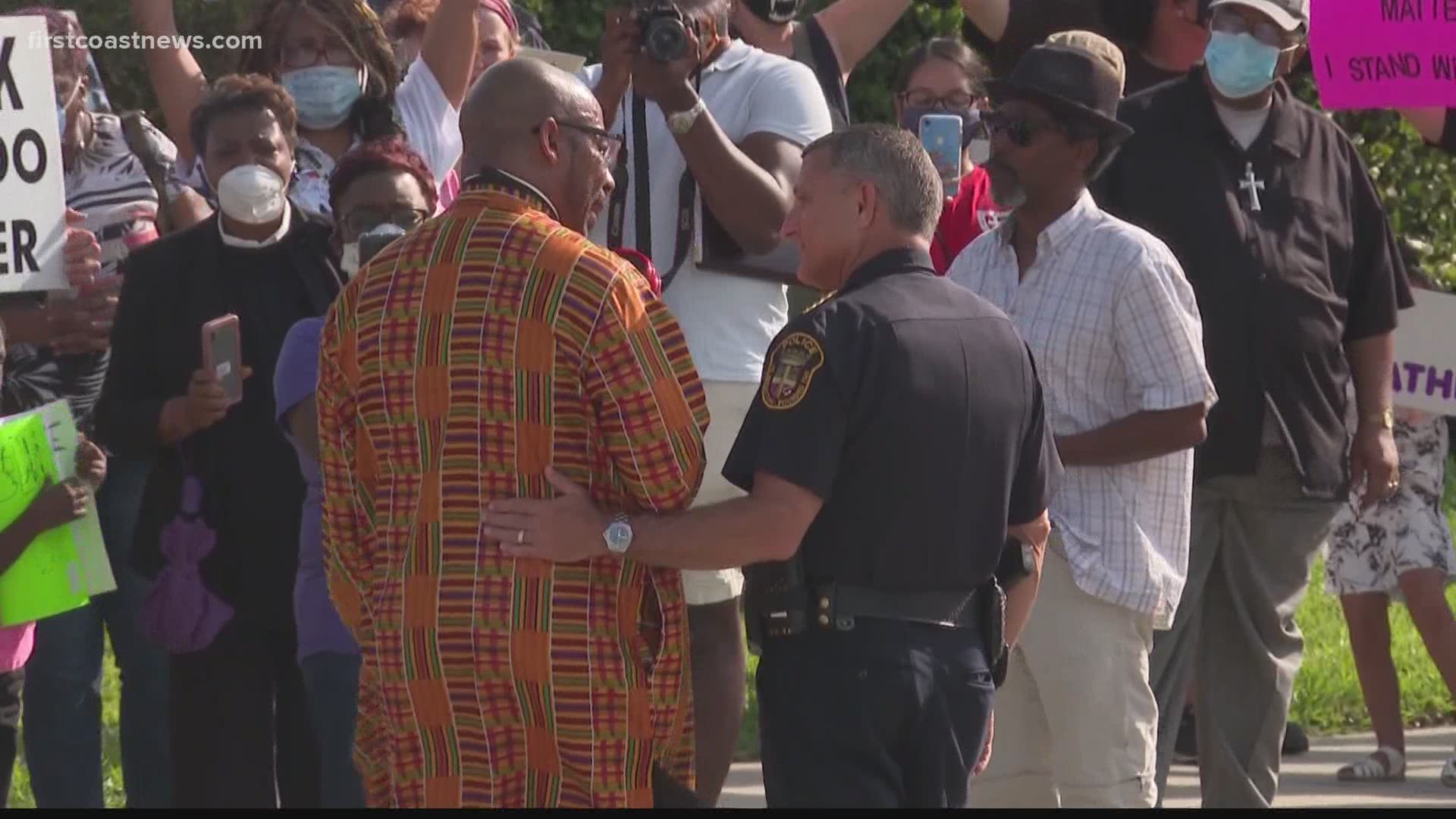 ST. AUGUSTINE, Fla. — More than 200 people gathered outside the police station in St. Augustine Monday night to protest police brutality and support the Black Lives Matter movement, taking their protest to the streets of the city as they demonstrated against violence.

The protest called "Standing In Strength" was organized by the Women's March Alliance of North Florida and began at 5:30 p.m.

"I am grateful for the support of anybody - from different walks of life that are trying to understand where we are coming from," said Jaime Perkins.

She is a St. Augustine community activist. She first became a leader in social justice issues after the death of Florida teenager Trayvon Martin in 2012.

Perkins said the protests are a result of a flawed judicial system.

"Where you have Lady Justice who kind feels like life wasn't worth conviction without us being outraged," she explained.

Perkins said the public needs to pay more attention to cases involving the police and holding them more accountable when rules or policies aren't followed.

"This is something you signed up for. Nobody went out and asked you to be a police officer. You decided this is what you decided to do as a career and you have an obligation to uphold," she told First Coast News.

"We are not in the mood to chant, sing or cheer," according to a Facebook post regarding the rally. "We're MAD and we need to send a message that consequences will follow unjust treatment of our people."

In attendance was Rev. Ron Rawls, a pastor at St. Paul AME Church.

On the First Coast, there were largely peaceful protests in Downtown Jacksonville over the weekend, which resulted in 79 arrests. On Monday, demonstrators gathered outside of the Duval County Courthouse to mark a third day of protests in the River City.