A veteran with no known family was laid to rest Thursday in the company of the family that was always by his side. A family of strangers, with a common bond. 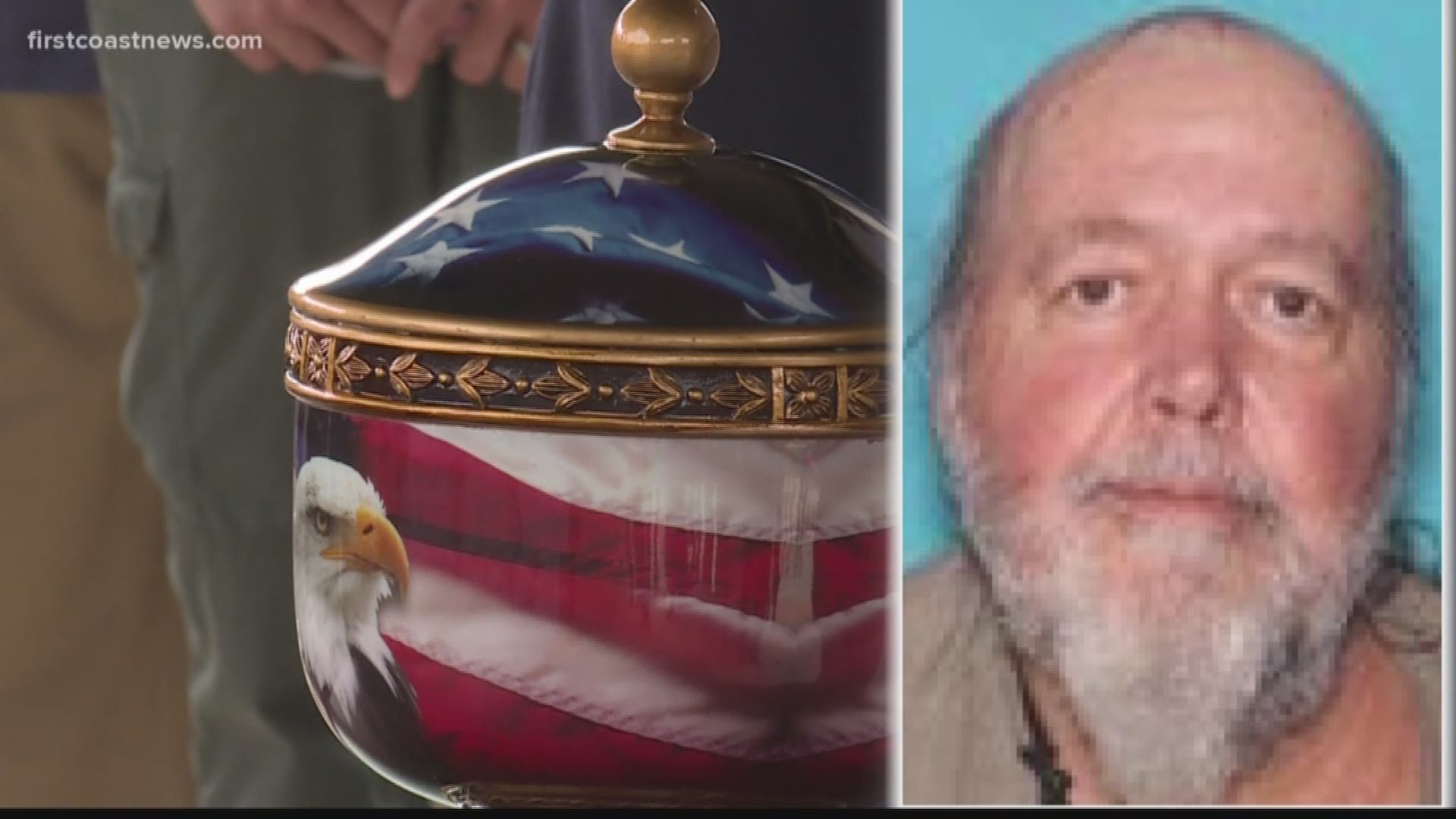 Michael Allevato enlisted in the U.S Army at seventeen during the Vietnam War, a time when it wasn't popular to be a soldier.

He served his country and died in October 2017 at the age of 64. But when Baker County attempted to contact his next of kin, they couldn't find any.

Baker County searched vigorously for the next two years, leaving no stone unturned. The best they could come up with was an old driver’s license.

“When you find somebody who doesn’t have any blood of kin, it saddened me to see that," said Chair Baker County Commissioners Cathy Rhoden.

Allevato was cremated through the Baker County Indigent Cremation Program and his story would have ended there if it weren't for the kindness of a few hundred strangers.

On Thursday, Allevato was laid to rest in the company of the family that was always by his side.

A family of strangers, with a common bond.

Junior Navy and Air Force ROTC cadets, active duty military, state highway patrol and Vietnam veteran motorcycle club members, showed up to the Jacksonville National Cemetery to pay their respects for one of their own.

“This is a great opportunity for us to show service before self," said Duane Spears, Naval Science Instructor/Retired Master Chief. "I asked for volunteers and low and behold we had over 96 cadets volunteer to come out."

“Even though we didn’t know him, we’re so glad to have this many people come out to honor him," said James Hagar of the Vietnam Legacy Veterans Motorcycle Club.

“Just overwhelmed me to see everybody turn out for him," Rhoden said.

“Especially when one doesn’t have any family, we are his family and we will come out and support him and give him honor," Hagar said.

“I took off from work to come here because it’s the right thing to do. He needs to be laid to rest and honored for the service that he gave us," said Sharon Bennett.

Sharon Bennett didn’t know Michael either but made the trip from Ponte Vedra to show her support.

“When I left Ponte Vedra this morning I thought there might be five people there, my heart is so full, there are hundreds," she said.

While Bennett and the hundreds around might not be blood-related and came as strangers, they left leaving their brother alongside his military family.

“We are his family and we will come out and support him and honor him," Hagar said.