'Having to use inhalers to breathe': Hundreds of Delta flight attendants claim uniforms giving them hives, breathing problems

A lawsuit was filed on behalf of 525 Delta flight attendants who claim they are experiencing health problems from their uniforms. 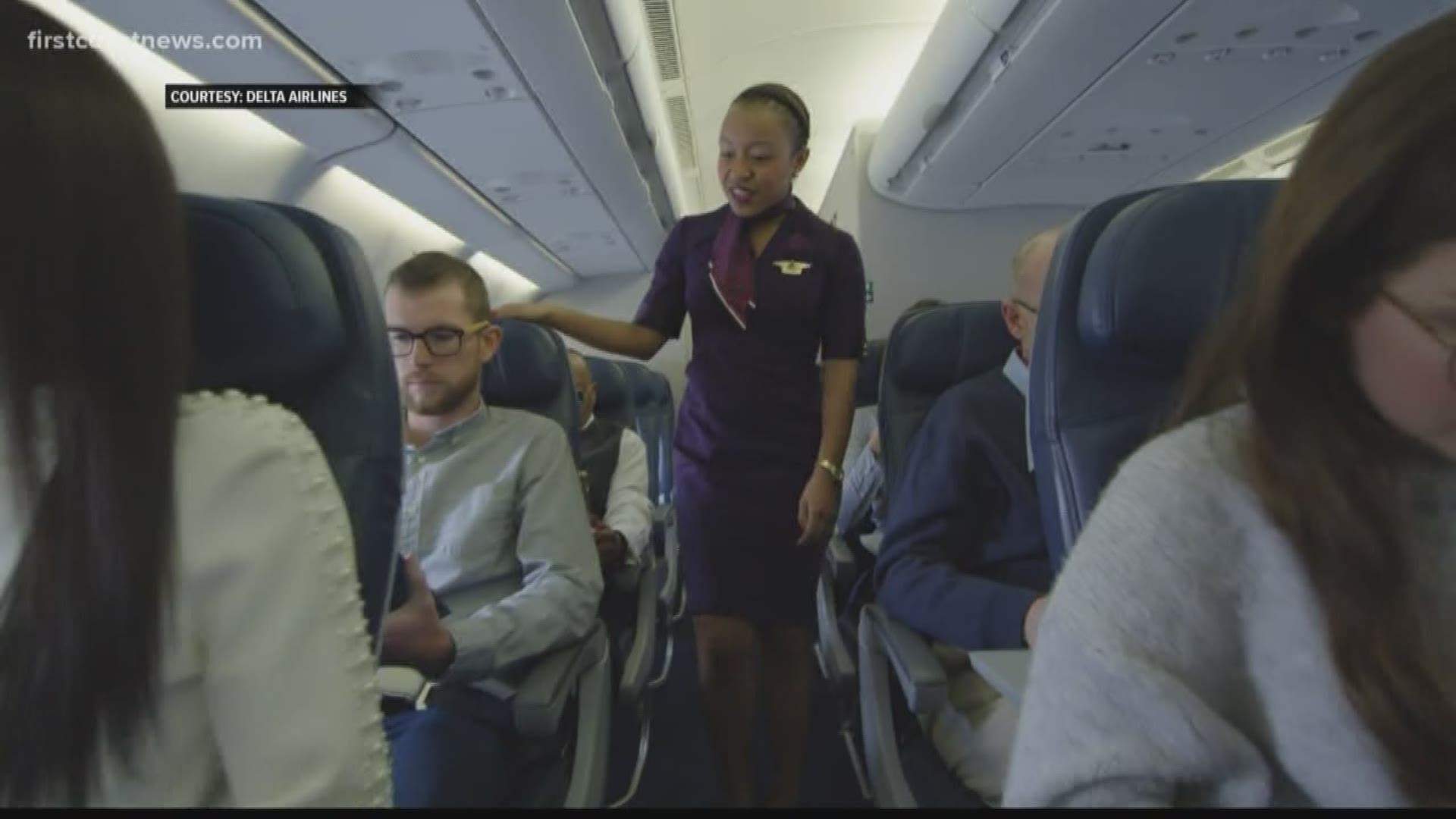 Breathing problems and breaking out in hives. That's what hundreds of Delta Airlines flight attendants say they are experiencing when they put on their work uniform.

Around 525 of those flight attendants turned to Jacksonville attorney Bruce Maxwell with Terrell Hogan Law Firm for help. He filed a lawsuit on their behalf against the airlines and the company that makes the uniform, Lands' End.

Maxwell explained that the lawsuit started after a few Delta flight attendants reached out to him after they experienced health issues -- issues they say are caused by the uniforms. Soon after, he heard from thousands of flight attendants with similar stories.

Maxwell showed First Coast News some pictures of his flight attendant clients. There are photos of employees in hives and rashes, some photos that show chairs and even an employee's bra stained purple. In more serious cases, clumps of hair collected by at least two of the flight attendants on the lawsuit.

“It’s just not safe for any of them,” Maxwell said. “Find out what’s the source, what’s the problem, there’s something very abnormal. Was it exposure to something which obviously, in this case, there has been."

Our On Your Side team contacted the clothing company Lands’ End. A spokesman issued the following statement to Maxwell:

“The uniforms at issue here have been in use for nearly two years, have been extensively tested multiple times by independent laboratories and have been found both safe and fit for their purpose."

Delta Air Lines, which outfits tens of thousands of its employees around the globe, reiterated that position in a statement to a First Coast News affiliate.

Maxwell said he’s sent uniforms to labs across the country for independent study. He suspects materials used to keep the garments wrinkle-free and stain-resistant are the cause of the health issues among his clients.

Maxwell added the airline has been accommodating to flight attendants who have brought the matter-up, offering a different style to wear. But Maxwell said the damage may already be done.

“I’ve had runners, marathon runners even that are clients and they can’t do that at all now having to use inhalers to breathe,” Maxwell said.

Maxwell added it’s still early in the case. He is anticipating that many flight attendants will soon join the lawsuit.