How to protect your home from wildfires

Creating a buffer around your home and planting less-flammable trees and shrubs can help protect your home from the threat of a wildfire. 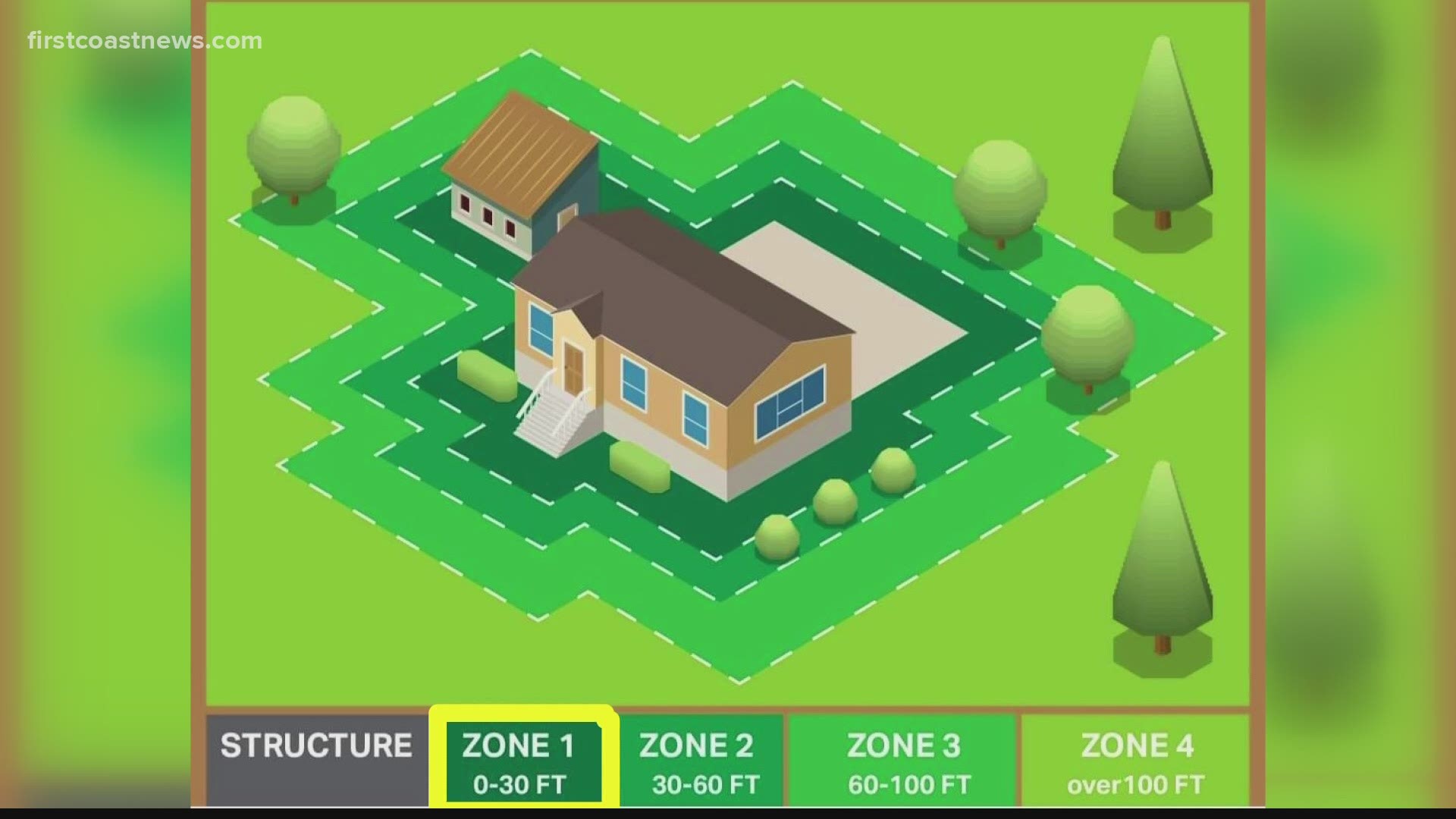 JACKSONVILLE, Fla. —
It's peak wildfire season in Northeast Florida and there are some proactive steps you can take around your home to help reduce the threat.

“All it takes is a slight breeze to start in one little ember, and it will push a fire quick,” Robert Chase with the Florida Forest Service said. “As more of our urban areas start to sprawl and start moving outwards, we're challenged with the threats of a potential wildfire, due to those neighborhoods backing up to those wooded areas. “

Chase, a wildfire mitigation specialist says, there are two areas you need to focus on, your house and the landscape around it.

“Make sure that your roofs and gutters are cleaned of all those dead leaves and debris and pine needles. That can catch an ember,” Chase said. “Make sure to replace any loose or missing shingles or roof tiles, just so that that ember doesn't penetrate through that.”

Creating a buffer around your home can help reduce the threat of a wildfire by slowing down or even stopping it.

“Break down your house into four zones and that most critical zone is that first zone,” Chase said.

Zone 1 extends 30 feet from your house. Make sure you plant the right types of trees and shrubs that are less flammable like crape myrtles and azaleas. Stay away from planting things like pampas grass and pines because they are highly flammable.

Credit: Florida Forest Service
Creating a buffer around your home can help reduce the threat of wildfires.

“Another big thing we don't think about is our mulch. Mulch is extremely flammable, especially when it's dry,” Chase said. “I know it's a pretty thing to look at, and you want it right next to your house, but it's something you need to take into consideration. If you're going to keep that mulch next year to house make sure it's at least moist.”

Also, prune tree limbs so the lowest branches are six to 10 feet from the ground.

“When it hits that ladder fuel, which is a vine or low laying branches, it's going to carry right up to that tree. Once it gets into that top of that tree, if you have an adjacent tree to it, now it is catching that one as well. So, making sure that the ladder fuels are taken off below those shrubs and those trees and making sure that you have enough space in between the large trees and shrubs so the fire doesn't carry.”

Peak wildfire season on the First Coast runs through May.

For more tips on reducing the threat of a wildfire and to see a list of the more flammable trees and shrubs visit the Florida Forest Service website.