How does he do it? Jacksonville's own Ninja Warrior shows how he hangs on by fingertips

R. J. Roman is a two-time American Ninja Warrior contestant going now for another shot at a million bucks. 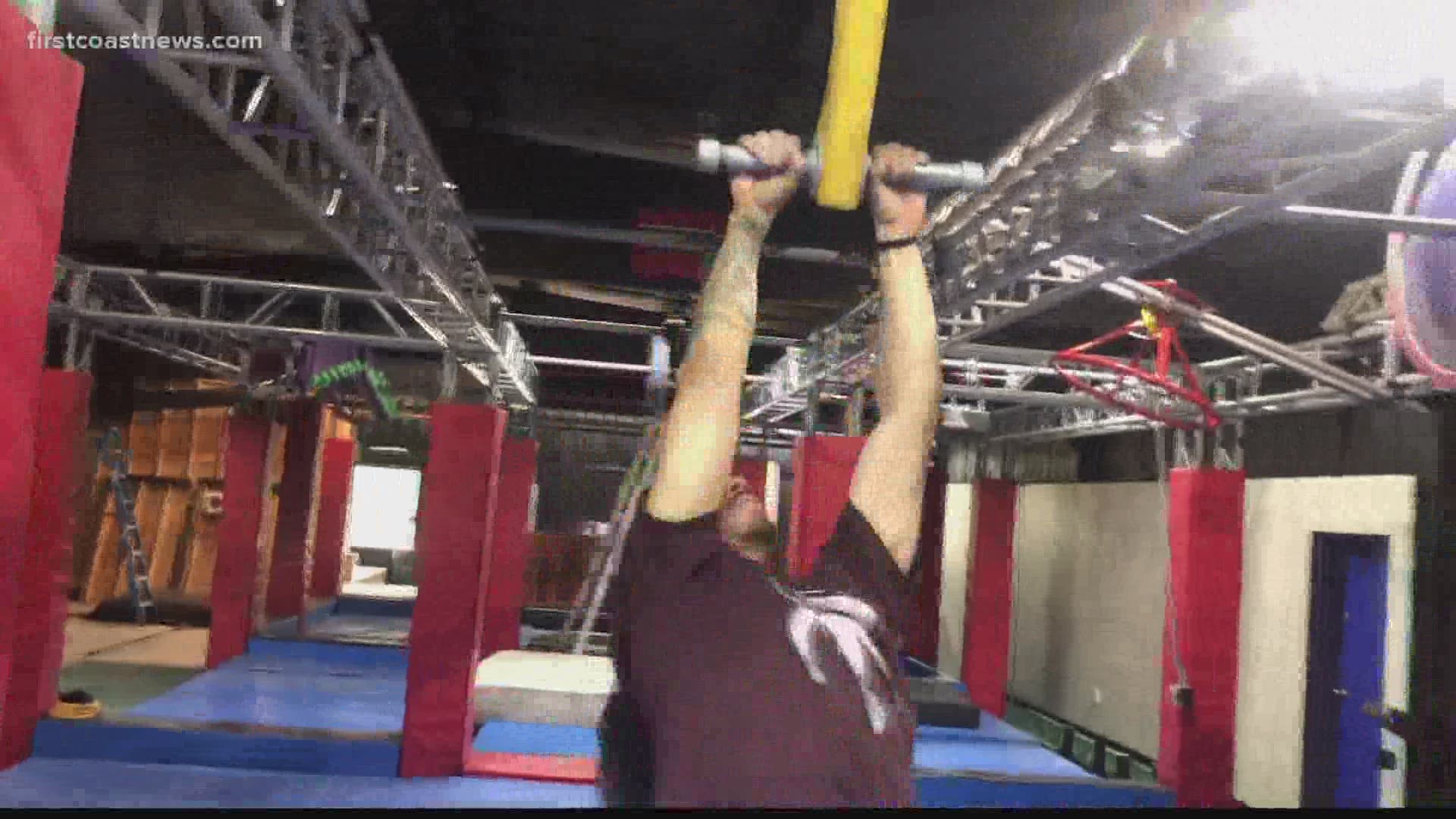 Well, cool. But so? Ever seen how the Ninja Warriors have to hang on with practically just their fingertips on the obstacle course?

"It's tendon strength," Roman said. "It takes years to develop," he explains. And his bonus strategy?

Credit: FCN
Roman showing how the small section of his finger he uses to hang onto some obstacles on the Ninja course.

His band, called Emuness, is named after a street on the Northside of Jacksonville because one of his band members has family ties there. The heavy metal band travels around the country.

Roman is doing some travel, too, these days, opening up the Obstacle Ninja Academy as co-owner and head Ninja Coach in Orlando. The gym, which Roman helped build, includes a replica of many obstacles on the TV show, "American Ninja Warrior," which airs on WTLV NBC 12.

Roman's goal this year is to make the final four and beat everybody else up the tower to win a million dollars. He said, "If you think about it, more people have walked on the moon than finished stage four in 'American Ninja Warrior.'"

He's competed twice already on the show, the commentators saying, "Now everybody knows the name of R.J. Roman."

Asked what most people don't know about the show, Roman says, "It films at night." Producers can better control the lighting that way. Also, contestants are not allowed to do a practice run on the obstacle course.

The pandemic has forced some schedule changes. Even Roman doesn't know yet when he'll compete, but he says every night he goes to bed visualizing the course, running it through his mind.

The Wolfson High School grad said, "One of the most important things in life is to set goals. This is a goal for myself."

So good luck to our hometown talent!