How bridges on the First Coast are inspected, maintained

“We have inspectors out here routinely making sure that the bridges are safe for motorists to travel on," FDOT spokesperson Troy Roberts said. 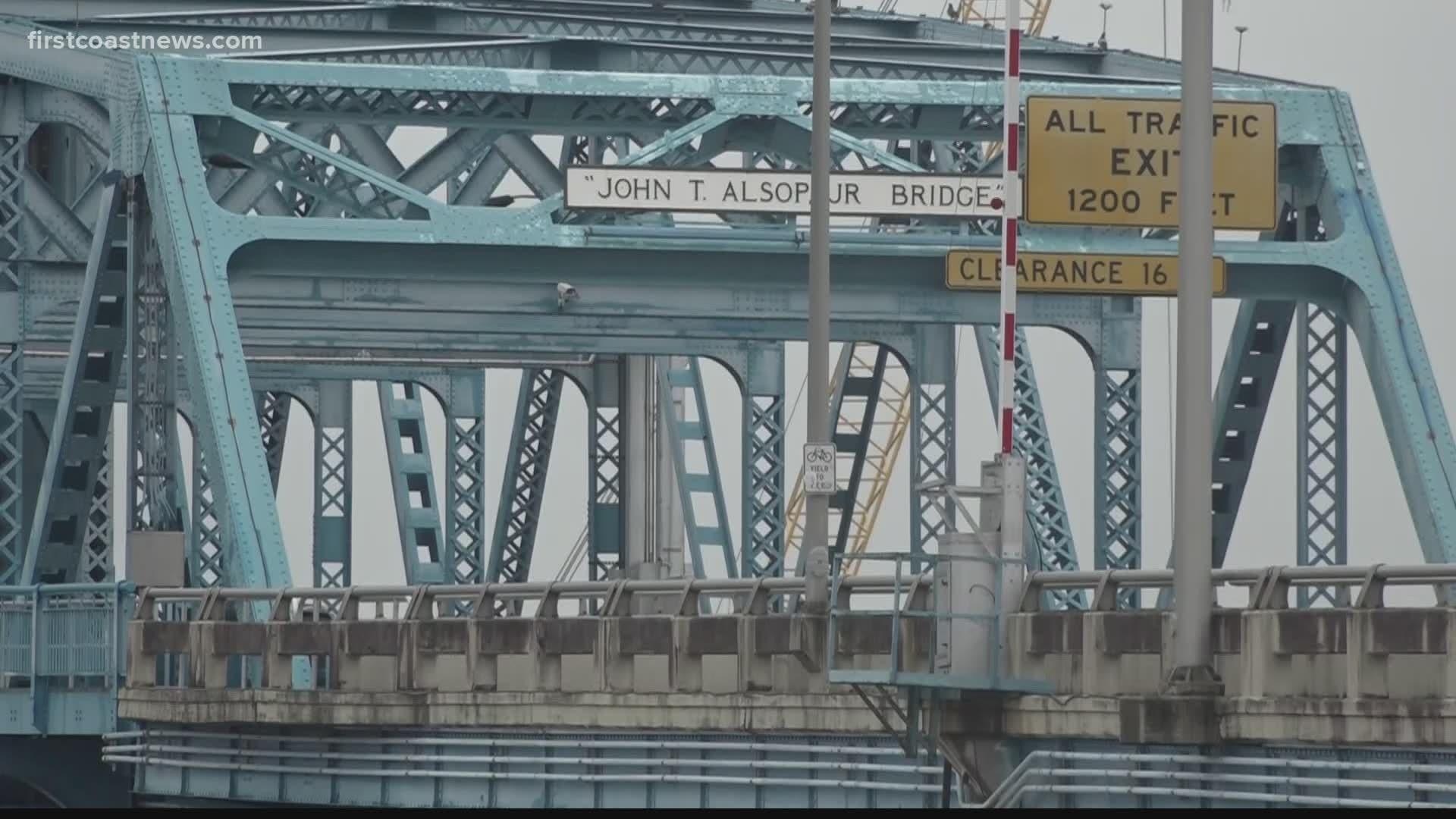 JACKSONVILLE, Fla. — We're taking a hard look at the bridges of the First Coast for safety and not just the seven major ones around Jacksonville.

A large crack shut down the I-40 bridge in Memphis, Tenn., and engineers say it could take two months to fix. You may be wondering what's the process here to make sure something like that doesn't happen on the First Coast? We dug into data and the inspection process.

The Main Street Bridge stands out with its blue color as an iconic part of downtown Jacksonville. You can see some wear and tear on it, but the Florida Department of Transportation says not to worry because it's one of the most inspected bridges in the area.

“We have inspectors out here routinely making sure that the bridges are safe for motorists to travel on," FDOT spokesperson Troy Roberts said.

“There are 1,300 bridges across northeast Florida, which is FDOT’s second district, and all of those require inspection at least every two years depending on the size and nature of each bridge," Roberts said.

Data from the Federal Highway Administration shows, excluding federal bridges, northeast Florida bridges listed in poor condition include 15 in Duval County, seven in Baker County, four in Bradford County, three each in Clay and Nassau Counties, two each in Columbia and St. Johns Counties, and one in Union County.

In southeast Georgia, the number of bridges in poor condition includes three in Brantley County, two in Charlton County, and one each in Camden and Glynn Counties.

“The Main Street Bridge is one of the only vertical-lift bridges in the state. It’s truly unique," Roberts said. "Obviously, the inspection for it being an 80-year-old bridge is a little different than what you would see on the Acosta Bridge.”

“It’s important that we understand all bridges have a finite life," Dr. Murat Tiryakioglu.

Dr. Murat Tiryakioglu is chair of the engineering department at Jacksonville University and says the cracking can come from metal fatigue.

“Those cracks need to be detected, and they need to be repaired so that they do not propagate and cause a catastrophic failure of the bridge," Tiryakioglu said.

The Main Street Bridge first opened up to traffic in 1941. It's now considered functionally obsolete.

. @MyFDOT_NEFL talks about the safety and inspections of 1,300 #bridges in the district after a large crack closed a bridge in Memphis, TN. Repairs there may take two months. @FCN2go pic.twitter.com/ffXFdpdQwh