Homeowners frustrated over $9,500 driveway that becomes a lake when it rains

"Not hurricane rain," Hillary Bailey said, "just regular rain and this entire area holds water. We did not have this problem prior to the driveway." 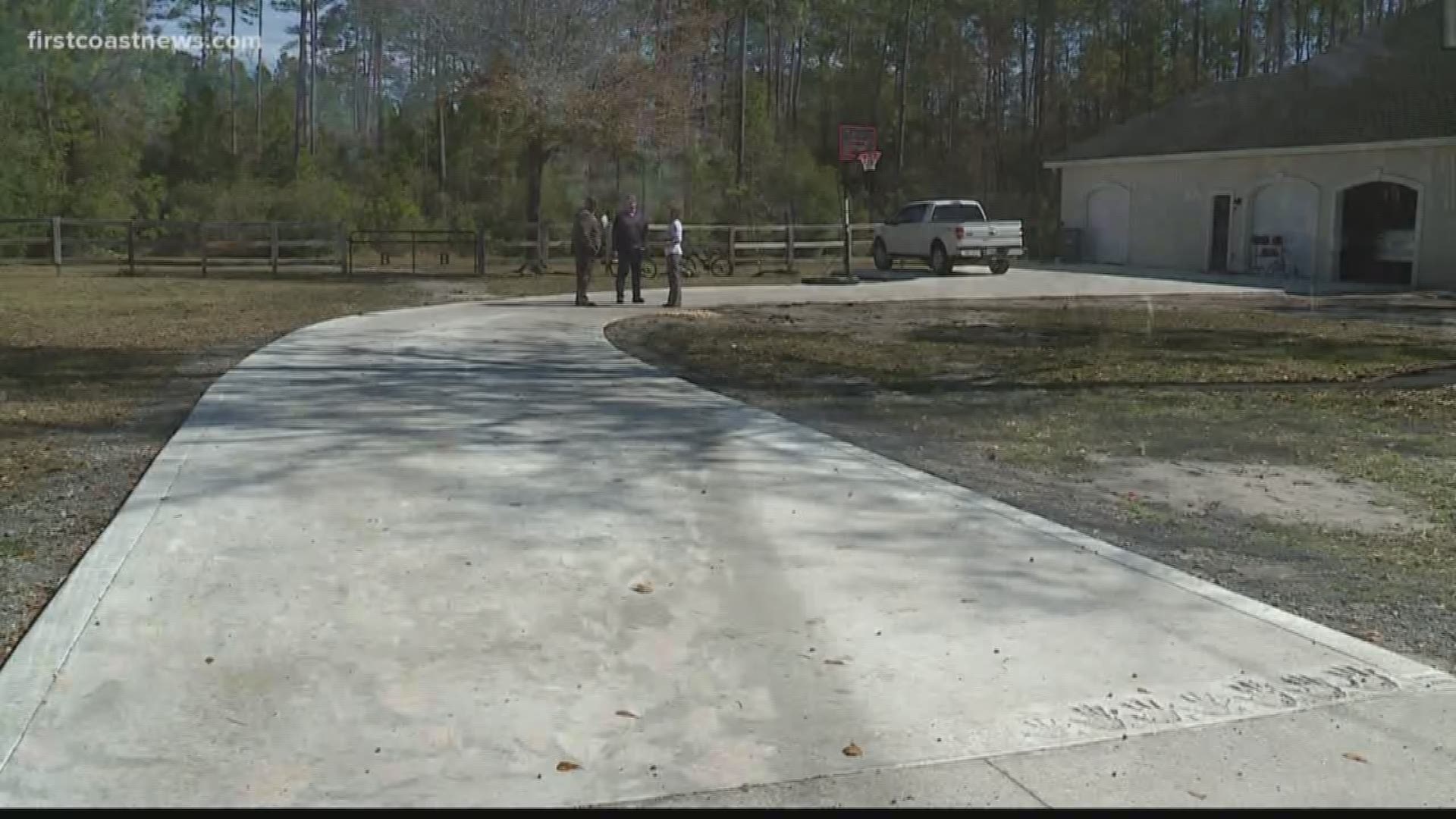 JACKSONVILLE, Fla. — In December, Bryan and Hillary Bailey decided to make a significant investment in their home and hired a concrete contractor to build a driveway.

"This was very necessary," said Hillary Bailey, "We wanted our kids to gather here to play here so we know where they are at. That's when he bit the bullet and said 'We're putting in this driveway.'"

Bailey said the total cost was $9,500 and for the most part they were pleased but discovered a problem with the design after the first rain.

In the turn from the garage to the street, the elevation has a slant that causes the water to run off in one direction. When it rains, the water collects and sits in the turn until it dries up.

"Not hurricane rain," Hillary Bailey said, "just regular rain and this entire area holds water. We did not have this problem prior to the driveway."

Southern Concrete was apparently pleased with the job and even posted pictures on its Facebook page.

The Baileys complained and the company soon installed a drain to direct the water under the driveway.

"So far, what they've done still leaves us with a pond for a week or so after it rains," Hillary Bailey said.

She said the family's patience is growing thin. Josh Roberts worked the project but does not own the company. The owner, Jeremy King, was working in South Florida.

Roberts told On Your Side he understands the family's frustration and called it a big mess.

"We are determined to get this resolved," Roberts said. "I will meet with the Baileys with an expert to see what we can do. I will continue to work to resolve this."

The family said they are willing to continue working with the contractor but the communication has been poor.

"If there is another way, we are open to getting it done," said Hillary Bailey.

On Your Side will follow up to see the final outcome and if the contractors keep their promise.