St. Johns County beach house with connection to MLK up for sale

The house and its history may not be what buyers are eyeing. Rather, it's the land the house sits on, which is only yards away from the beach. 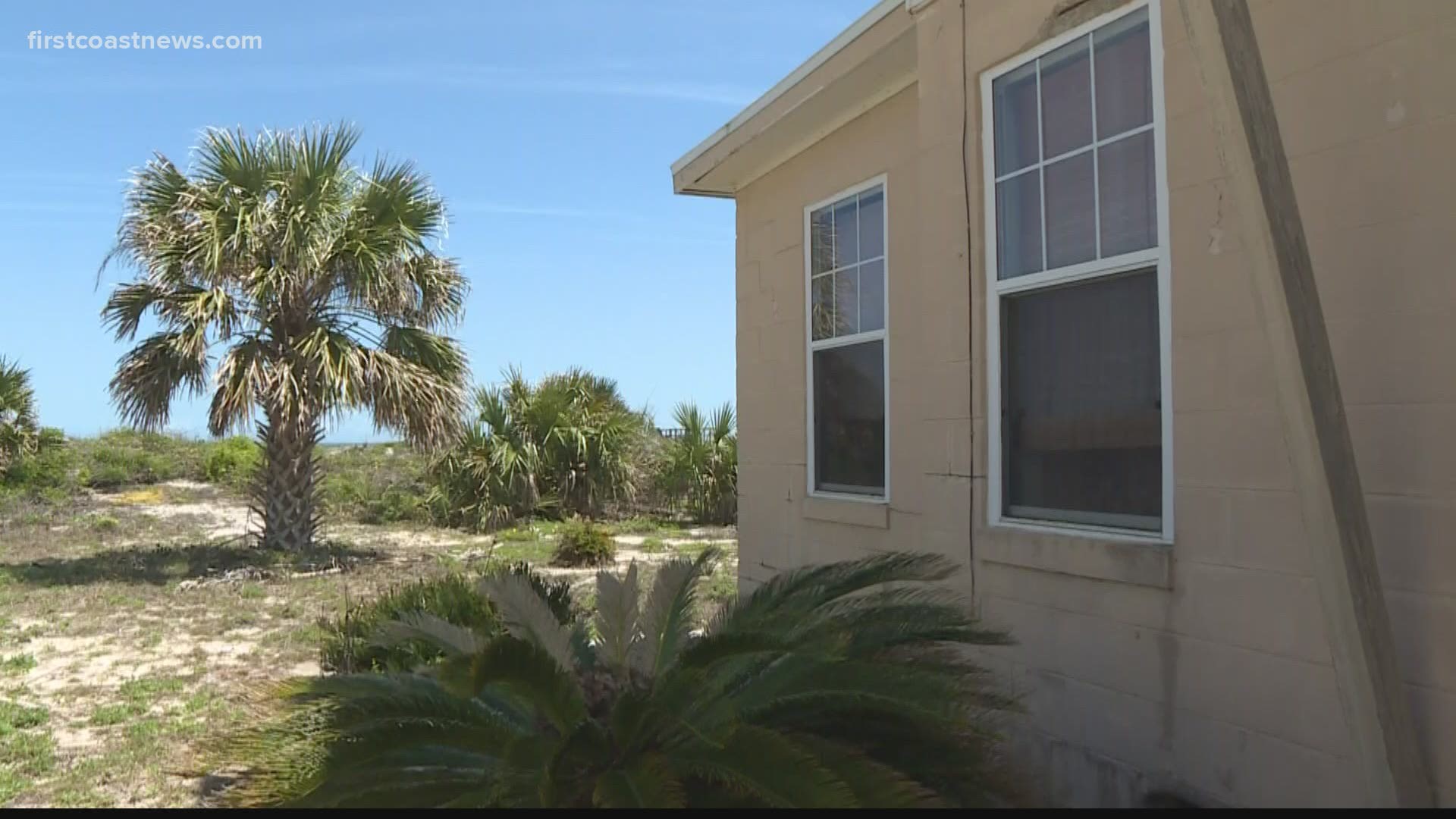 ST. JOHNS COUNTY, Fla. — A piece of Civil Rights history is for sale.

A beach house located at 5480 Atlantic View is where Dr. Martin Luther King Jr. was thought to be staying when white supremacists attacked it.

The house still has a bullet hole left in it, but the land may bring more money than the home itself.

However, segregationists heard about this, and they firebombed and shot up the house.

The owner said when locals attacked the house during Dr. King’s visit to St. Augustine, they broke all the windows, shot through every one of them, shot up every electrical outlet, wrote racist graffiti on the walls and also put a mattress on the stove with hopes of burning the house down.

However, King himself was not inside.

"It did give us one of the most iconic photos of the Civil Rights Movement that shows Dr. King pointing to the bullet holes in the window," historian David Nolan said.

The house received international attention because of those events.

A year later, in 1965, Kathleen Welborn and her husband bought the shell of a house and repaired it all, except for one bullet hole that is still in the frame of the sliding glass door.

At that time, it was the only house in the area, Welborn's daughter Nancy Fortier told First Coast News.

More than 50 years later, large houses have been built up around it.

Welborn died in 2009. Now, Fortier owns the house. She and her husband used to make the drive from their home in Atlanta. She said, the cottage, as she calls it, "was always a good place to think."

Fortier's husband has died as well, and now the trips are challenging to drive alone. She told First Coast News the home is too much to maintain by herself.

Fortier would love to see the house preserved, but she does not know if that will happen. She said she it is not within her means to donate the house or the land.

She has already received quite a bit of interest and at least one offer, coming in well over half a million dollars.

However, that price is mostly likely not for the house or its story, but because of the land itself.

Fortier told First Coast News that most of the interested buyers have indicated "they thought the house would be knocked down and would want it for the beachfront."

Fortier said the home is not listed as historic. Nolan, however, hopes the house can be saved or possibly even moved.