She's learned most of the ship is made of American Beech, a type of tree found in the southern U.S. 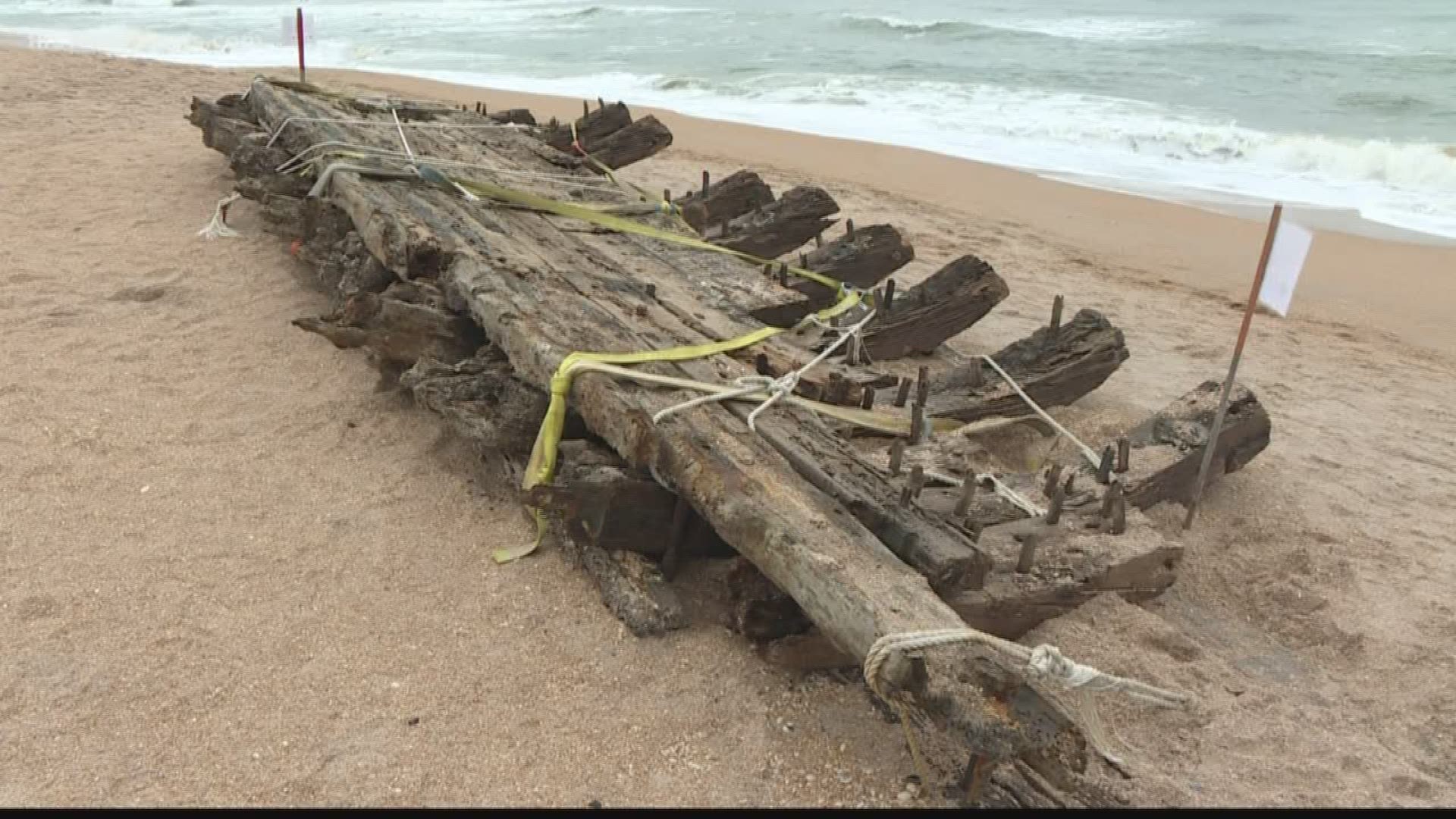 ST. JOHNS COUNTY, Fla. -- A historic ship believed to be from the 1800's washed ashore in south Ponte Vedra back in March could be revealing more secrets regarding its history, according to local archeologists.

Lee Newsom, an environmental archeologist who works in St. Augustine at Flagler College, is studying parts of the historic ship in her lab.

"Look at this beauty," she said as she carefully handled a chunk of wet wood. You could call her a wood whisperer. "This wood has a definitive story to tell," she said.

And it's quite a story for this ship. Archeologists believe the ship dates between 1830 to 1870.

Here's the part we know: The ship washed ashore on South Ponte Vedra Beach in March. Thousands of people flocked to see it. Heavy equipment eventually moved the 48-foot-long piece of the ship's hull off the sand.

Now, it's at the GTM Research Reserve in South Ponte Vedra. It sits at next to the trailhead.

"I removed ultra thin slivers of the wood and mounted them on microscope slides. Each wood has a fingerprint when you examine the cell structure," she explained.

She's learned most of the ship is made of American Beech, a type of tree found in the southern U.S.

"I rarely ever see that," she said. "So it was a surprise to see that instead of oak."

She said oak is what ships are usually made of.

"So maybe the usual oak was not available for one reason or another. So whoever constructed this ship shifted to beech," Newsom said.

The wood is also cut from the tree trunk in different ways, which leads her to ask, "Were the larger trees no longer available? So you shift to this? It means timber was in short supply."

Newsom said the wood is in fantastic condition, so it's revealing even more.

"That's telling me, this whole section has been buried under the sediment since it wrecked probably," Newsom noted.

She said the pieces tell her the people who made this ship were skilled and knew what they were doing.

"I really do," she laughed. "They were knowledgeable. The way the wood is split, The way the treenails are made. It doesn't look like a novice learning how to craft."

Newsom said it will be tough to nail down what shipyard the vessel came from, let alone a city or state. However, these chunks and slivers of wood may still have more secrets to share with her.

"I start envisioning the shipbuilder and I start thinking about this creaking hull on the waters," she nodded. "Yeah, they speak to you."