Rubble littered the site of Firehouse 5 in the Brooklyn neighborhood in Jacksonville, as crews worked to demolish the 110-year-old building Saturday. 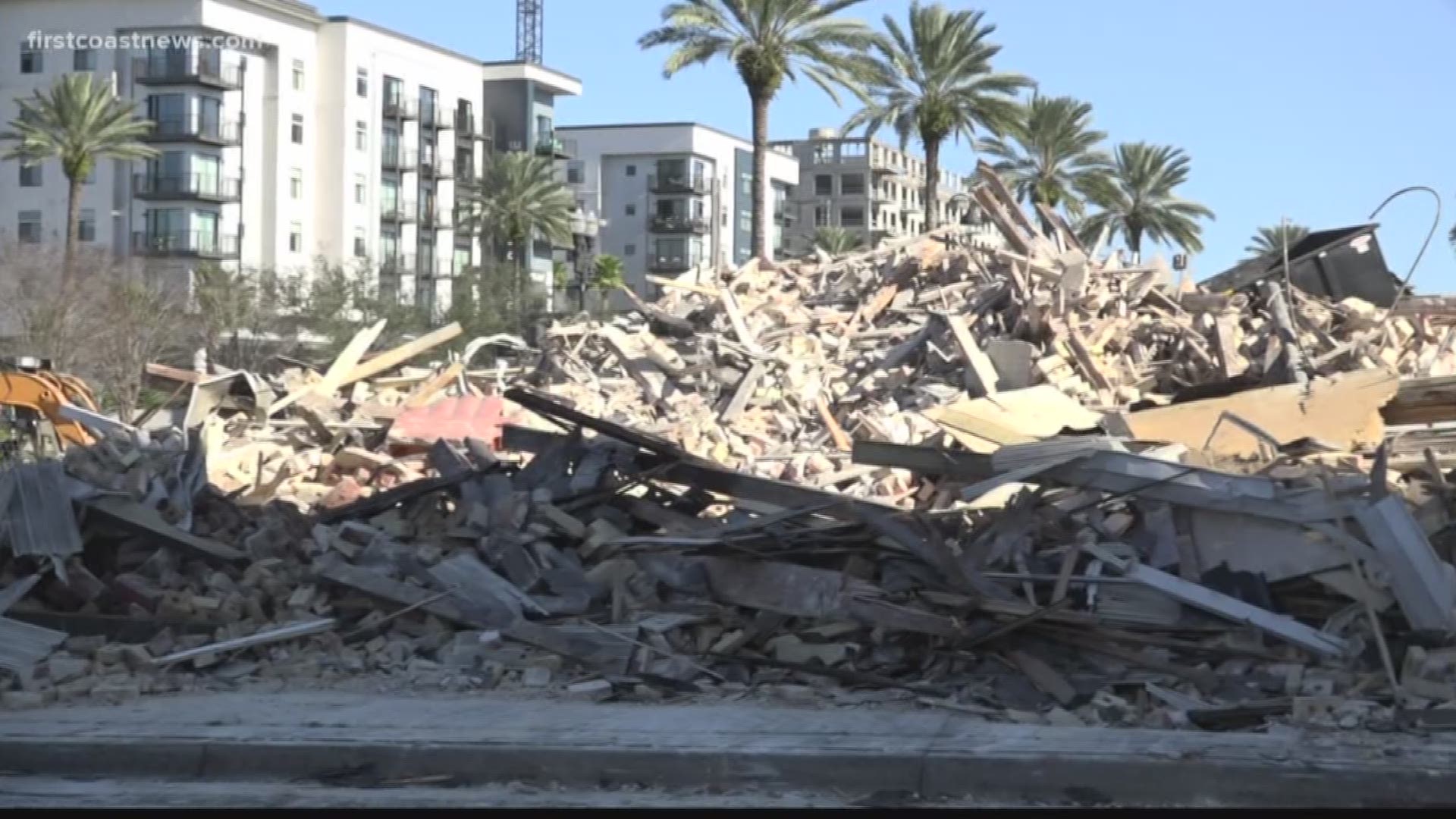 JACKSONVILLE, Fla — The historic Brooklyn Firehouse 5 on Riverside Ave. was torn down over the weekend, leaving a pile of rubble where the once-functional fire station stood for 110 years.

Crews worked through the morning Saturday to demolish Fire Station No. 5, which has been decommissioned since 2008. Plans have long been in the works for new construction in the area.

MORE: Can 110-year-old Brooklyn Firehouse 5 in Jacksonville be saved by the bell?

The old fire station, a small and historic structure, stood out among the new construction in the Brooklyn neighborhood.

As reported by our news partners at the Florida Times-Union, the demolition of the building will allow for street connection to the site where the new FIS headquarters building will be constructed.

No responses were received after the city put out a bid to move the fire station, effectively sealing its fate. A community petition to save the building gathered thousands of signatures.

As local author and historian, Dr. Wayne Wood explained, Brooklyn Firehouse 5 was built on the site of a previous similar facility, one that burned in the Great Fire of 1901. Wealthy downtown residents, Wood said, began migrating outward to Brooklyn and Riverside.

"We just don’t have that many buildings left from this period of time," Wood observed. "It’s sad because this building is in good condition, it’s a historic building, it’s been on the Jacksonville Historical Society’s list of endangered buildings for almost 10 years."

The demolition of the building was on schedule, originally set to begin before the end of January.

The new FIS building will consolidate the company in Riverside, with construction estimated for completion by June 2022. The company plans to add 500 jobs by 2029.

Photos from Saturday morning show an excavator digging into the structure, as dust rises over the area.

The Jacksonville Fire and Rescue Department tweeted out pictures showing those who were previously stationed at Firehouse 5 looking on as the building was turned to rubble.

PHOTOS: A look inside the abandoned Fire Station No. 5 in Downtown Jacksonville

1 / 16
First Coast News
A look inside the abandoned Fire House #5 in Jacksonville. The firehouse has been vacant since 2008 and is set to be demolished.