Deputy Joshua Moyers, who was shot in the face and the back, "is not going to survive," according to Sheriff Bill Leeper. 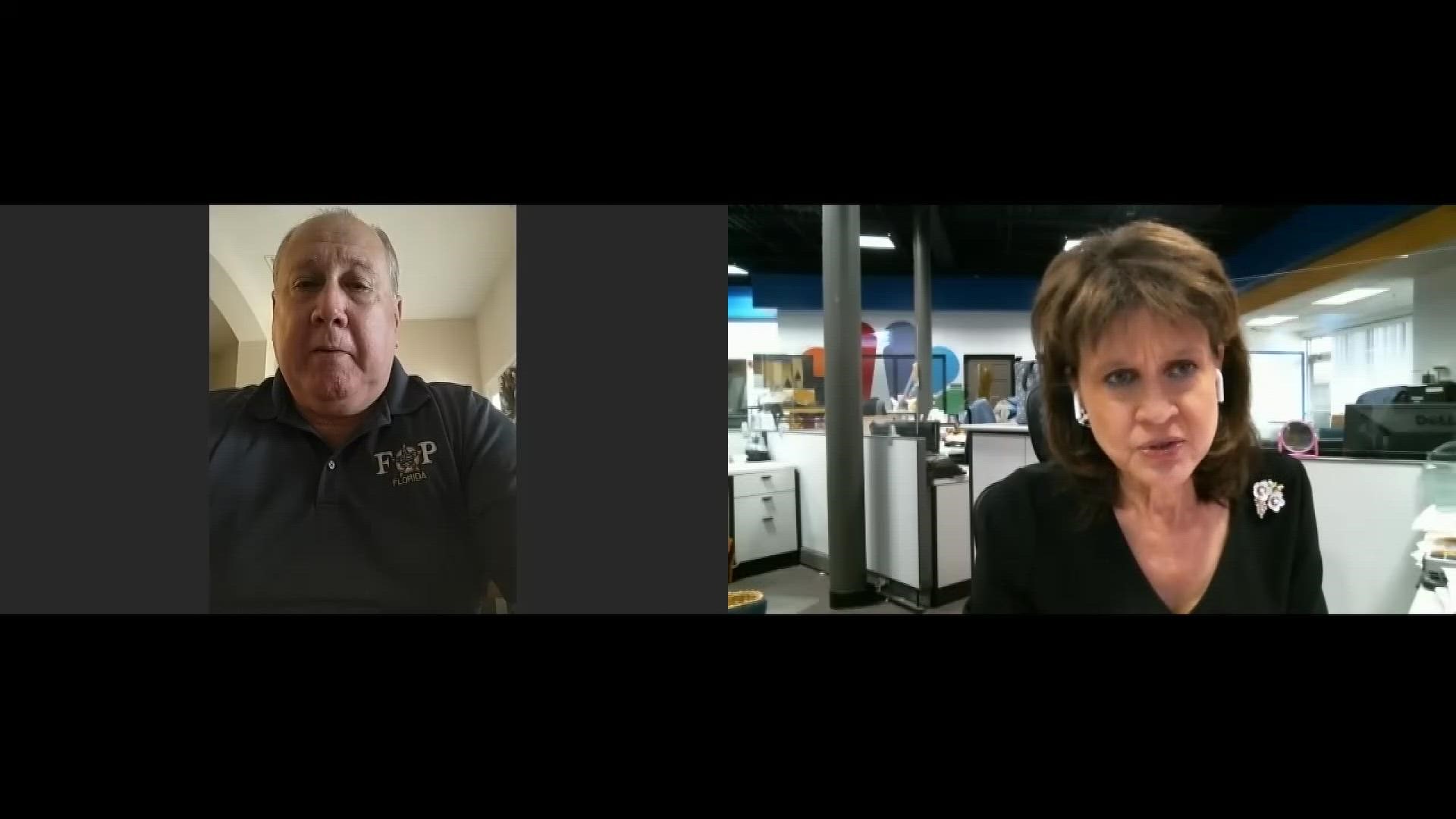 NASSAU COUNTY, Fla. — Following Friday's shooting of Deputy Joshua Moyers, his mother spoke to the Nassau County Fraternal Order of Police about his life and love for law enforcement.

"She told me he loved law enforcement...that 'his life's dream was to become a police officer,'" said Nassau County FOP President Ray Varrasse.

Varrasse, a 30-year-veteran of law enforcement himself, says he's talked to the mother and father of Deputy Joshua Moyers and offered any support they need from the Fraternal Order of Police.

"In her voice, she was handling it fairly good," Varrasse said. "But everyone knows you can sound one way and feel another."

He says she thanked him for the support of fellow law enforcement officers.

Varrasse says many of Deputy Moyers' close colleagues in the Nassau County Sheriff's Department are dedicating their full energy now to the manhunt for the suspect, who shot Moyers in the face and in the back during a traffic stop.

During a press conference Saturday afternoon, Nassau Sheriff Bill Leeper said Deputy Moyers wasn't "going to survive,"  and his family was working on a plan now to donate his organs.

"From everyone I talked to not one person had anything negative to say about him," Varrasse said. "They all say he was a great guy. He loved the outdoors.  He loved to hunt and fish, a sportsman-type individual. He was always somewhat happy-go-lucky, but always there to lend a hand, if needed."

First Coast News asked if he has a message for the community.

"A lot of people will talk bad about police officers," he said. He pointed to the latest numbers from the National FOP. They say, so far in 2021, nationwide, 185 police officers have been shot, and 35 killed.

He says the FOP is working on a GoFundMe account to help Moyers' family.