Police say a 54-year-old man is in custody in Hernando County. 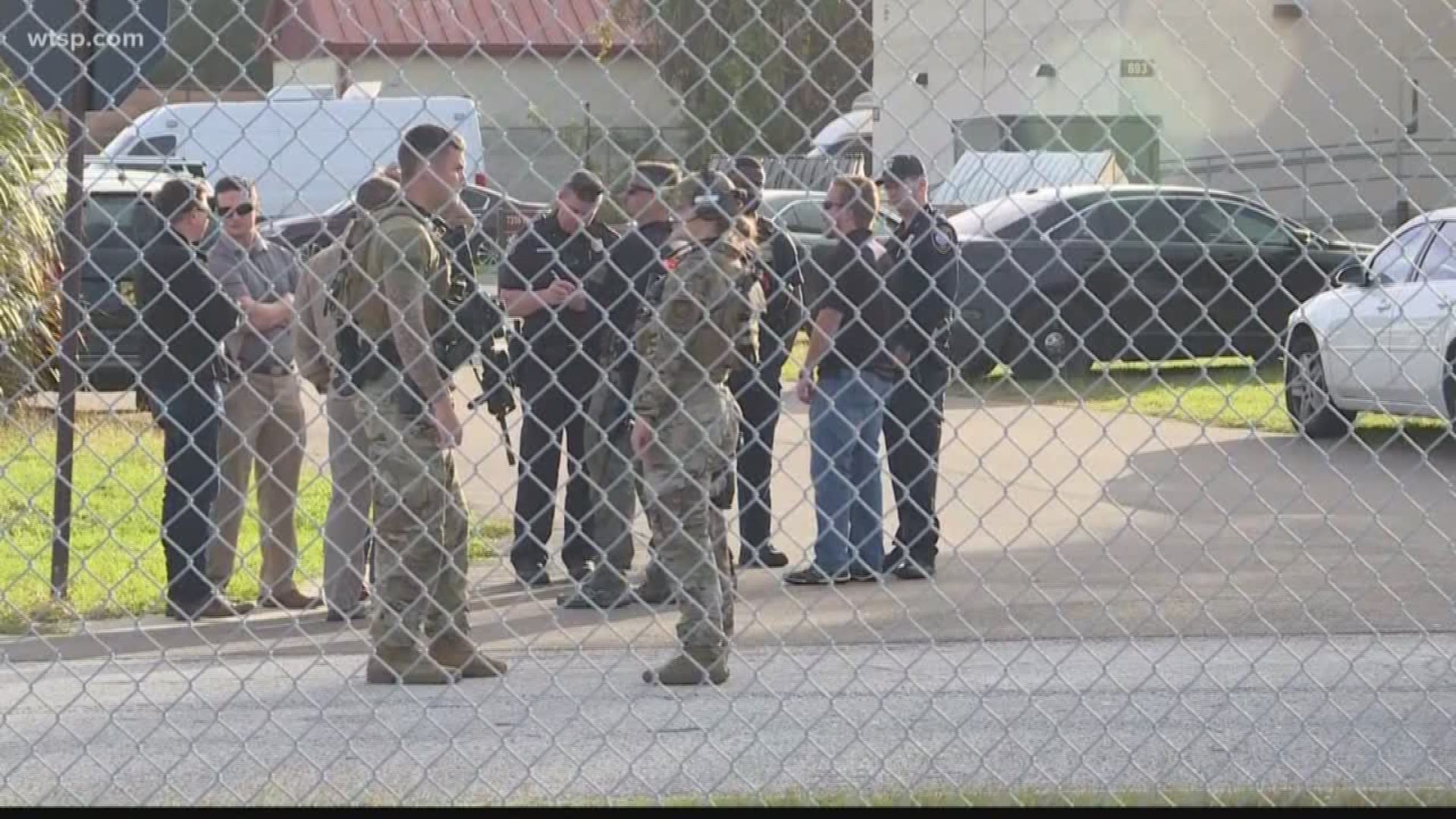 TAMPA, Fla. — MacDill Air Force Base in Tampa was placed on lockdown Friday morning after base authorities said they were investigating reports of an active shooter.

By 8 a.m., the Hillsborough County Sheriff's Office said there was no active shooter on the base, "despite some reports." Tampa police also confirmed that there was never actually an active shooter.

St. Petersburg police said officers got a call around 2 a.m. Friday about a 54-year-old man with a gun who had allegedly vandalized a car at an apartment on Gandy Boulevard. Officers said the man, Joseph Ruberto, also damaged the door of his ex-girlfriend's apartment.

When officers arrived at the apartment in St. Pete, Ruberto had already left.

Sources close to the situation tell 10Investigates his cell phone pinged off a tower near MacDill Air Force Base, so officers alerted the base as a precaution. That's what led to the lockdown around 7 a.m.

People living on base were warned there was an "active shooter" threat. At the time, the base was worried the armed man may be near the Tanker Way gate.

Some have wondered why MacDill warned of a possible "active shooter" with the information at hand. The U.S. Air Force says an active shooter situation includes someone "attempting to kill people." Because MacDill AFB had information from St. Pete Police that there may be an armed and dangerous person in the area, the alert was issued.

No shots were fired at MacDill, and no base employees were hurt. Police say  Ruberto was later caught by deputies in Hernando County.

Tinker Elementary School, which is on base, was temporarily put on lockdown. All lockdowns have since been lifted, according to the base and Hillsborough County schools.

During the uncertainty surrounding the possible threat, traffic quickly grew to a standstill for miles around the military installation, as no one was being let in or out of the base near downtown Tampa. MacDill later began reopening gates.

Col. Stephen Snelson, commander of the 6th Air Refueling Wing at the base, shared an update around 9:30 a.m. on Facebook. Snelson said he and other leaders are "very proud of our first responders" and those on team MacDill for how they responded to the situation.

"We took this very seriously," he said in the video. "When it comes to the safety of our service members and their families, we are going to always go with the better approach and be conservative on that."

Snelson said decisions were made quickly. And, within minutes, the entire base was alerted and locked down.

Photos and videos shared with 10News from someone on the base show the emergency alert system activated. In videos, you can hear a message saying "active shooter threat" airing over the loud system in the housing area.

The alert came just weeks after deadly shootings on other military bases.

So people there -- and nearby -- were understandably worried.

“It’s very concerning, especially when you have families and children around,” said Iovani Rojas, who lives in an apartment right across the street from MacDill.

“So, it raises up the alarm pretty high.”

Families told 10Investigates’ Courtney Robinson that all of this happened as they were getting their children ready to be dropped off at Tinker Elementary.

One family said they locked all of the doors, turned off the lights and tried to stay calm.

“When it comes to safety of our service members as well as our families, we’re always going to go with the better approach and be conservative on there," Col. Snelson explained. "This was, however, a terrific reminder for all of us if you haven’t thought about what your emergency plans will be in such a situation; now’s the time to do it before we have a real threat."

Every family should have an emergency plan unique to them. That should include knowing the two nearest exits, an exit path, places to hide and a family communication plan that all family members know how to use if they’re separated.

MacDill is the headquarters for U.S. Central Command and U.S. Special Operations Command.

The base was originally known as Southeast Air Base, Tampa, and was later named MacDill Field for Colonel Leslie MacDill. It became MacDill Air Force Base with the establishment of the Air Force in 1947.

MacDill is also home to the 6th Air Refueling Wing.

Today, the base employs more than 15,000 people. A large number of military members and their families also live in military housing on base.