HEROES | Jacksonville firefighters run into mass shooting scene: 'We were blessed to be there'

As shots rang out, the crew ran toward the danger to save lives. 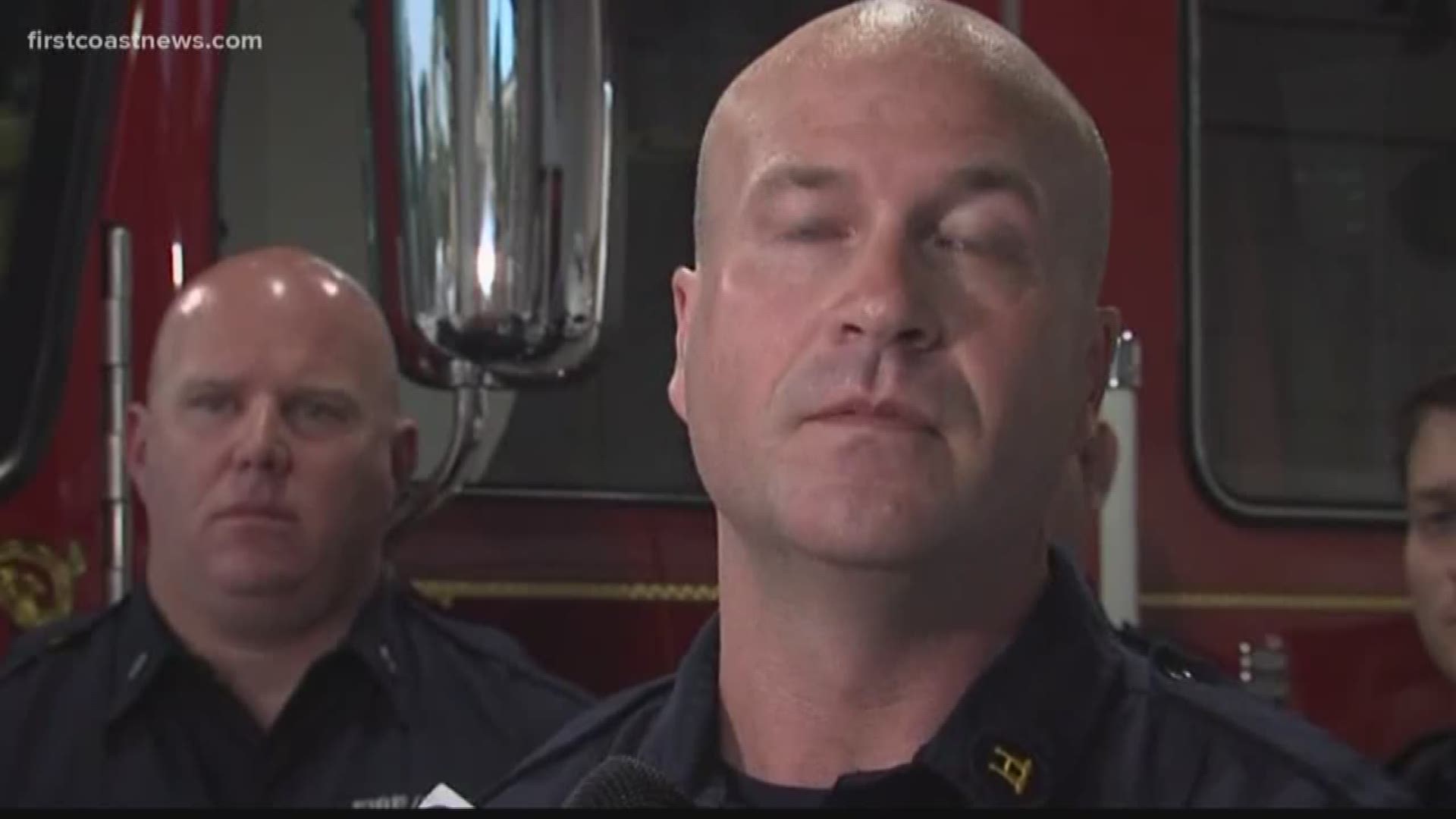 Firefighters from the Jacksonville Fire and Rescue Department were in the right place at the right time Sunday.

After shots rang out at The Jacksonville Landing during a video game tournament, the crew was in the area and ran toward the danger.

They were training just blocks away from The Landing when Baltimore-native David Katz, 24, started shooting inside the Good Luck Have Fun game bar and Chicago Pizza. While fire crews typically have protective vests and helmets, JFRD Capt. Jeremy Cooke said the gear was too far away and they ran to help without it.

"With us during training, our apparatus was a block north of the scene," Cooke said, "so one man went to go get the engine and the rest of us went to tend to the wounded without any equipment on us.”

"We were one shot away from making notifications to their families."
More from the @jaff122 & @JFRDJAX firefighters that were doing training just across the street and saw gunshot victims coming out of The Landing, then ran inside to help the wounded inside Chicago Pizza. pic.twitter.com/It72tqXv2C

Cooke says crews are trained to handle situations like the Landing but had to make some changes in protocol to save lives.

"We are trained to stage, wait for JSO, and that just wasn't happening in this situation. We were just thrust into it," he said. “I believe one or two of the patients might not have made it -- that we had trauma-alerted -- if we had to wait and stage for JSO to clear the scene."

Both Cooke and JFRD Chief Kirk Wilson said first responders have been prepared for an active shooter situation.

“We train a lot at the Sheriff’s Office and they preach ‘You’re going hunting. You’re an active shooter, we’re going hunting,’” Wilson said. “When we were doing our active shooter training, they have the SWAT team out there firing blanks to put these guys under pressure and simulate what it’s like in real time.”

"We just go into that mode, just like we’re going into a structure fire. You don’t think about it, you just do what you can to help,” he said.

While the community continues to reel after the mass shooting, Cooke says he was always prepared.

"I honestly knew it was going to come at some point,” he said.

"We were very blessed to be there when we were there. Things would have been a lot different for a number of the patients,” he said.