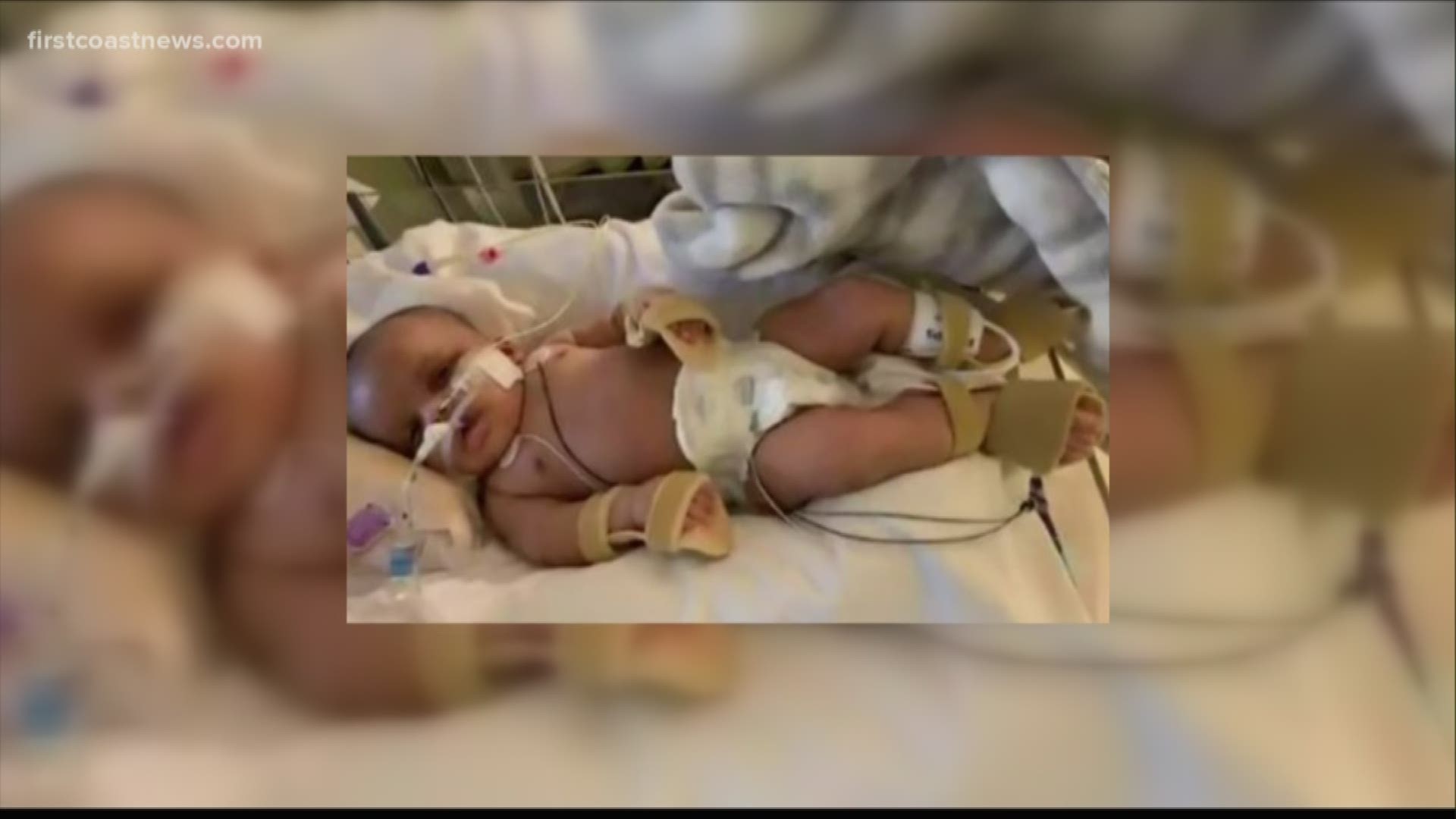 Three months after her niece's shooting death, the family is still waiting on any break in the case which has taken another sad turn.

Iyana's child, Milan, who was delivered after her mother was shot, was removed from a breathing machine on Sunday, she said.

"People here on Earth can hide things from us here on Earth but they can't hide from God," Gloria McGraw told First Coast News regarding the search for a suspect.

Iyana McGraw was shot and killed at an Arlington apartment complex in October 2019. McGraw says Milan stayed in the hospital where there were complications from the start.

Iyana McGraw's family says she had no enemies. She was planning on enrolling at Spelman College after giving birth, but she was killed four days before her due date.

"Take Iyana and Milan out the equation and put own their biological daughter or son or grandchild in the equation. What would they do?  They would want justice," she said.

Her family is focusing on getting justice.

"Our hearts are truly saddened and the pain seems unbearable! Losing Iyana and Milan has hit our family ultimately hard and there's not a day that goes by where we don't think of them, miss them, and wish they were here with us!  They will forever be loved and we will always cherish their memories!  We're praying for justice to be served! Milan and Iyana deserve justice and we will not give up until justice is fully served! Thanks to everyone who has reached out to us with words of comfort, sent prayers, and donations! We're forever grateful!!!"

There have not been arrests in the case. Anyone with information about the shooting can call the Jacksonville Sheriff's Office at 904-630-0500.