For over 14 hours, police attempted to negotiate with the man and also reportedly used tear gas. 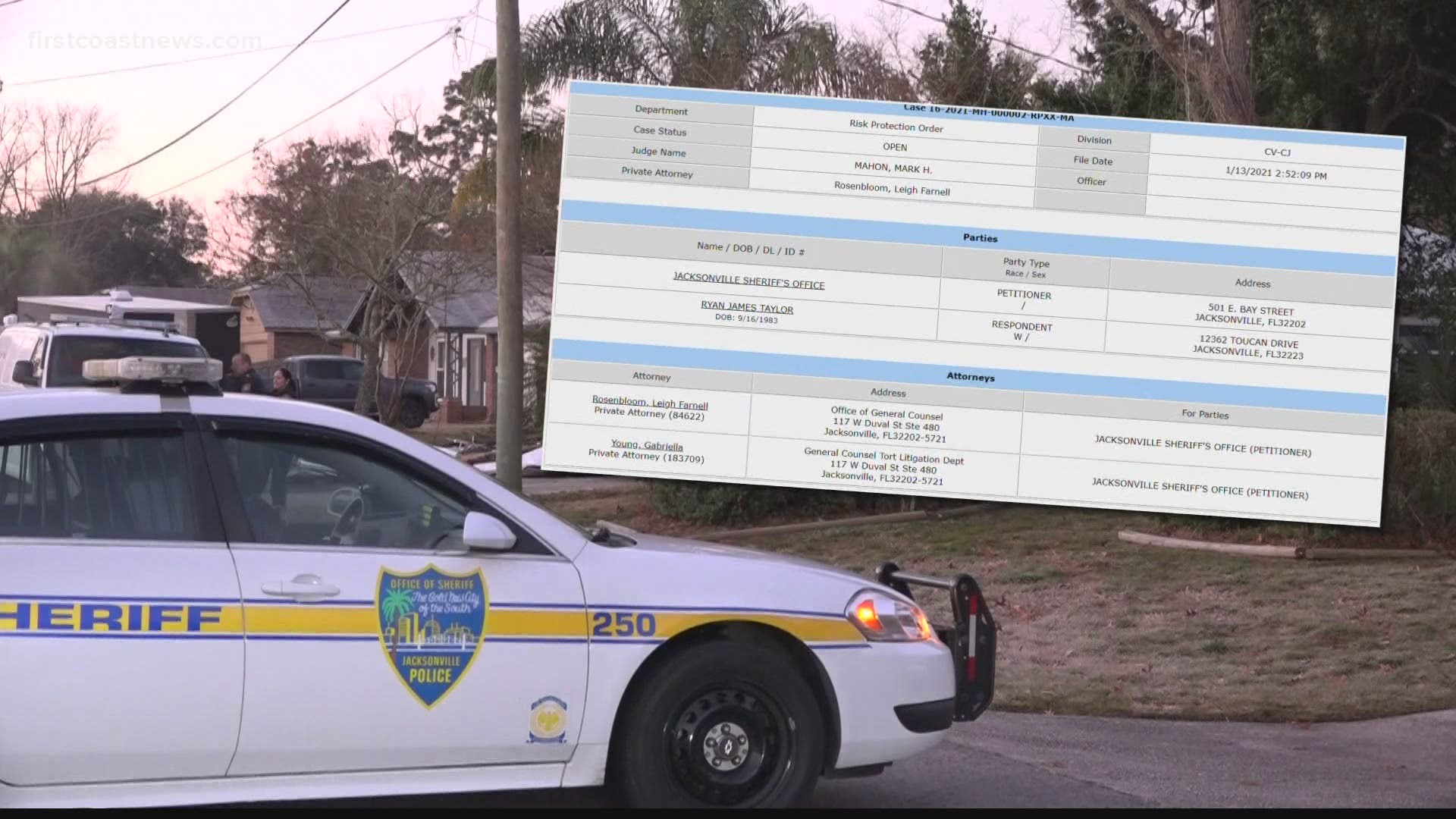 JACKSONVILLE, Fla. — After hours of negotiations, tear gas and frustrated neighbors, a man is in custody following a SWAT situation in the South Mandarin area, according to the Jacksonville Sheriff's Office.

The situation began Monday afternoon and spilled over into the early morning hours of Tuesday. There were no injuries, police said.

Ryan James Taylor, 37, was arrested on two counts of aggravated assault and one count of firing a gun in a residential neighborhood.

According to court documents, Taylor is a veteran with a history of mental illness and suicidal ideation

JSO says officers initially responded to reports of shots fired in the area of Macaw Drive around 4 p.m. When police arrived, they say they were able to determine that a home on Macaw had been 'peppered' with shots from a firearm.

A block away on Toucan Drive, one of the officers located a man in his backyard shooting a shotgun and was able to identify him as Taylor based on previous interactions. As a result, officers secured the area and made attempts to communicate with Taylor for surrender.

Another victim was identified during the investigation and officers obtained a warrant for Taylor's arrest for two counts of aggravated assault and one count of firing a weapon in a residential area, JSO says.

After police made themselves known, Taylor barricaded himself inside the house and refused to come out, police say.

For over 14 hours, police attempted to negotiate with him and also reportedly used tear gas.

He was taken into custody around 5:45 a.m. after coming out of the residence on his own, police say.

JSO says that prior to the incident, a risk protection order was already in the process of being filed on behalf of Taylor.

"The Risk Protection Unit is following up to ensure the suspect never possesses a firearm again," a news release from JSO says.

According to Florida Court records, the order is designed to enhance public safety by restricting firearm and ammunition possession by a person who poses a danger to himself or herself or others.

Meanwhile, neighbors in the area told First Coast News that they are relieved the roadway is back open after having been unable to get to their homes for roughly 14 hours.

A small part of Toucan Drive is still closed off and is expected to re-open in several hours.

No one was hurt during any part of the standoff, police say.

Anyone with information about the incident is asked to call JSO at 904-630-0500 or email JSOCrimeTips@jaxsheriff.org. You can also remain anonymous by calling Crime Stoppers at 1-866-845-TIPS.

If you know a veteran in crisis, The Fire Watch is a resource that helps combat veteran suicide. Click here for more information.

Per @JSOPIO documents, the man arrested after the stand off is a Navy vet w/ history of mental illness & suicidal ideation. This is a serious topic. @TheFireWatch is a place you can get help & learn how to help prevent veteran suicide. https://t.co/htw51xrssF pic.twitter.com/RXUwGPO8tQ

An RPO is a law that is used to restrict firearm/ammunition possession by a person who poses a danger to himself or others.

Police say they then got an arrest warrant for Taylor for firing a weapon in a residential area & aggravated assault, but Taylor refused to come outside. pic.twitter.com/EuQQjMyYWw 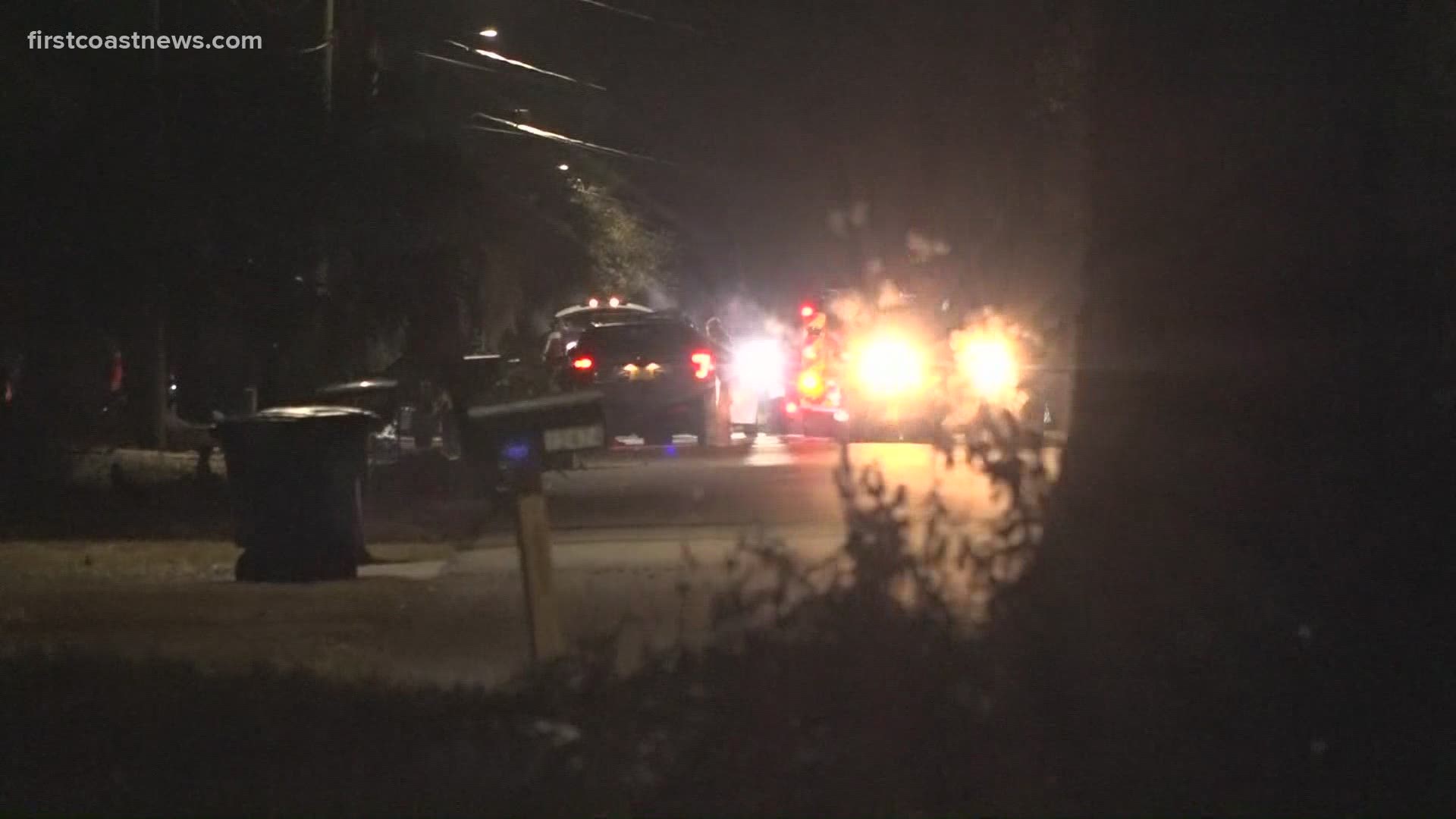 5:08 a.m. update: SWAT tactical vehicle leaving the street where the @JSOPIO standoff is happening. My photog @tvjoe12 says the vehicle has left and returned multiple times over night.

This is happening off Toucan Dr. in Mandarin. Live updates all morning on #GMJ. pic.twitter.com/kmXFMbC92k