CCSO said they found the man dead with a gunshot wound inside the bathroom of the home. 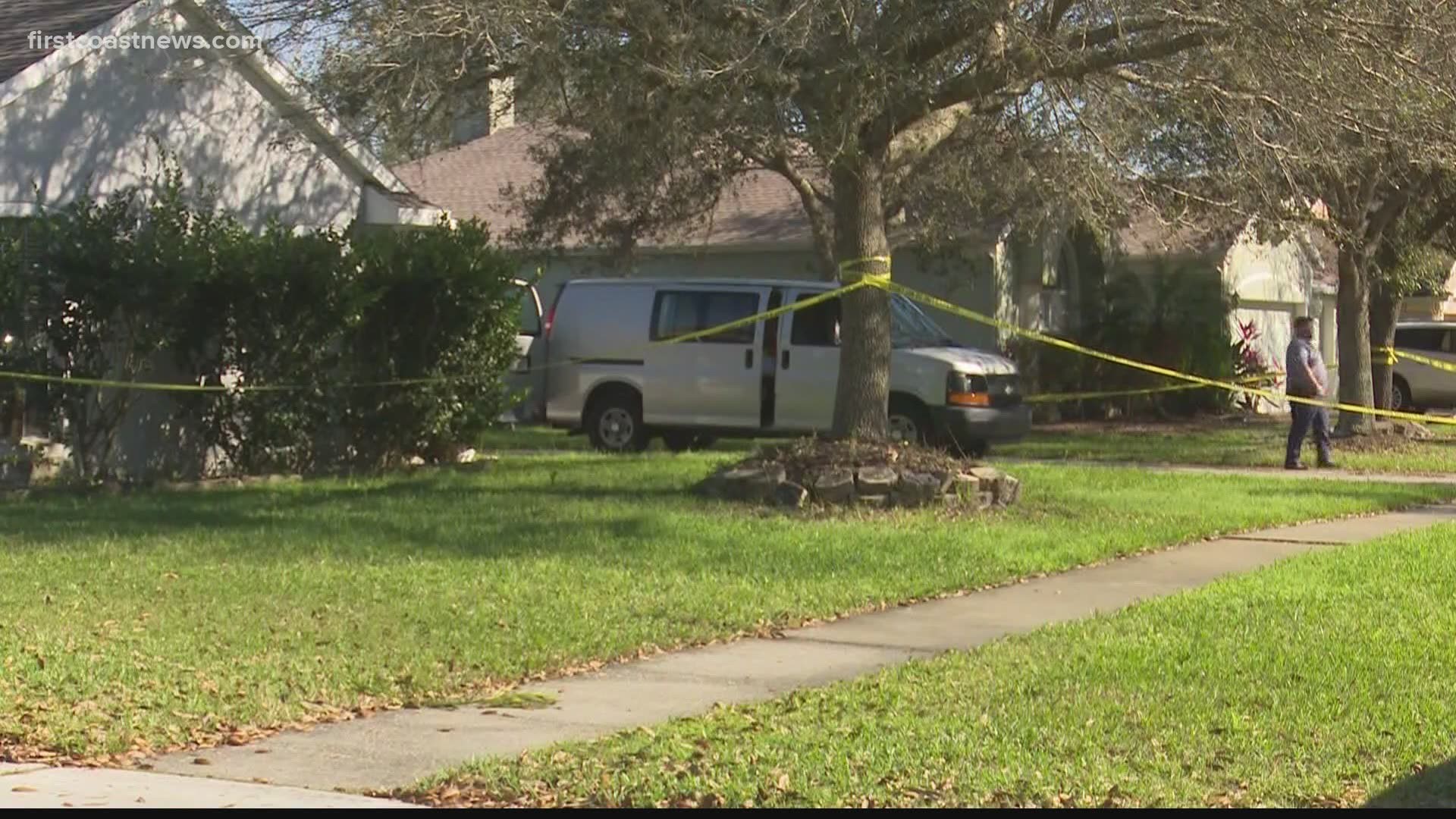 FLEMING ISLAND, Fla. — An hours-long SWAT standoff has ended with a man fatally shooting himself inside the home he was barricaded in, according to the Clay County Sheriff's Office.

CCSO said they found the man dead with a gunshot wound inside the bathroom of the home Sunday evening.

Earlier Sunday morning, the CCSO received a number of calls about a burglary. Later, responding deputies found a car had crashed into the garage of a home in the 2600 block of Country Side Drive.

After crashing into the home, the man barricaded himself inside. CCSO said he was not the homeowner. However, authorities did call the homeowner, who is out of state at this time.

SWAT negotiators responded to the scene to try and convince the man to come out peacefully. Authorities said the man was a person of interest in an incident that happened in St. Johns County.

During the standoff, several gunshots were heard coming from inside the house, Sheriff Michelle Cook said. Authorities did not fire any shots during the incident.

The man's identity has not been released as investigators are in the process of confirming his identity and notifying next of kin.

Sheriff Cook said the incident that happened in St. Johns County was unfolding the same time they were getting calls about the man driving into the home.

At this time, CCSO is working with the St. Johns County Sheriff's Office to conduct an investigation.

SJCSO told First Coast News they received a call from Clay County authorities to do a welfare check on a woman in the northwest part of their county.

When deputies went to conduct the welfare check, they found a woman deceased in the home. "We believe this to be a domestic violence incident and related to the situation in Clay County. Our investigation is underway. We will release further details at the appropriate time," SJCSO told First Coast News.

The scene in Clay County is safe at this time and the neighborhood can return to normal, Sheriff Cook said. The home will remain on lockdown while authorities conduct their investigation.

Several law enforcement units are on the scene of a SWAT situation in Fleming Island, according to the Clay County Sheriff's Office.

Earlier Sunday morning, the CCSO received a number of calls about a burglary. Later, responding deputies found a car had crashed into a home in the 2600 block of Country Side Drive. Authorities believe the male driver of that car is now barricaded inside the home, Sheriff Michelle Cook said.

The man inside the home is not the homeowner. However, authorities called the homeowner, who is out of state at this time.

There are SWAT negotiators on the scene trying to get the man to come out peacefully. Authorities said the man is armed and is a person of interest in an ongoing investigation out of St. Johns County

Country Side Drive in the area is closed until the situation is resolved. Neighbors nearby the home have also been evacuated from their homes.

Sheriff Cook said investigators made a connection with another investigation in St. Johns County. However, she did not provide any further details on that investigation.

Details are still limited at this time. First Coast News will update this story as more information becomes available.