"I was asked to write to you by several of the loyal men and women of the Clay County Sheriff's Office...." 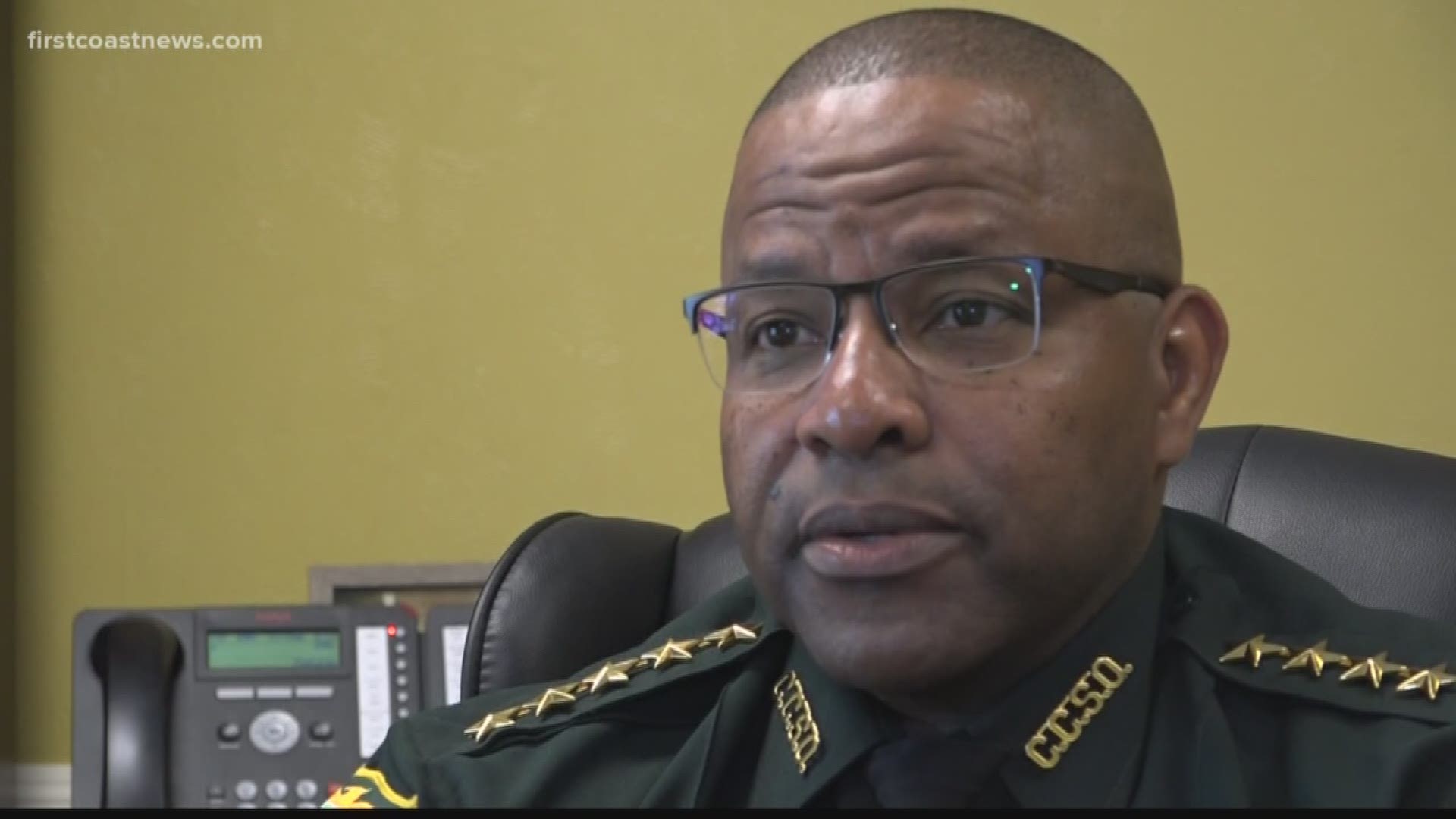 A letter to Florida Governor Ron DeSantis that claims to be on behalf of the men and women of the Clay County Sheriff's Office expresses concern about Sheriff Darryl Daniels' state of mind and asks that he be replaced pending an investigation by the Florida Department of Law Enforcement.

The letter, obtained by First Coast News, alleges that Daniels threatened officers during a June 14 patrol briefing. It references Daniels' state of mind as a result of recent scandals surrounding his office.

"I was asked to write to you by several of the loyal men and women of the Clay County Sheriff's Office," the anonymous writer stated. "We are concerned about not only the reputation of the sheriff's office, but also our safety."

The author claimed Daniels went on a "rant" during the patrol briefing, making statements that concerned his coworkers. The letter says Daniels discussed his reported sex scandal and made mention of a Facebook page about him. The writer stated Daniels warned that if any information was leaked, it would "cause harm to an employee, and if he could determine who it was he would "murder the motherf***er." He also allegedly assured coworkers that he had been told by some in FDLE that he would not be removed from his position.

The writer also tells the governor he believes the arrest of Daniels' former girlfriend, Cierra Smith, was an illegal arrest.

A JSO internal affairs report released in May documented a messy relationship between Daniels and Smith that began sometime after Smith was hired to work at the Duval County jail in 2013. It’s not clear when the relationship ended, but it did not end well. A report from the Clay County Sheriff’s Office indicates Daniels summoned his own agency to have Smith arrested for stalking.

The letter writer stated that when FDLE was investigating the arrest of Smith, investigators questioned members of the Clay County Sheriff's Office with "NO discretion," leaving members concerned about their careers. The author wrote that one member told them they did not want to be honest about their statements for fear of retaliation from Daniels.

"We are concerned about our safety due to the past dishonesty, illegal actions and now his current threats and state of mind," the anonymous author wrote. "In short, he is losing touch with reality and appears violent."

The letter concludes with a cry for help.

"I am writing this letter at the request of several members of our agency, but anonymously due to fear of retaliation by the sheriff and undersheriff. PLEASE HELP US!"

The sheriff's office is aware of the letter circulating, according to a source. You can read the full letter below.