He was given a 50% chance to live after a fire. 1 year later, he perseveres

At first, doctors gave him a 50% chance to live if he survived the first 72 hours after a deadly fire. The student was burned on nearly 70% of his body. 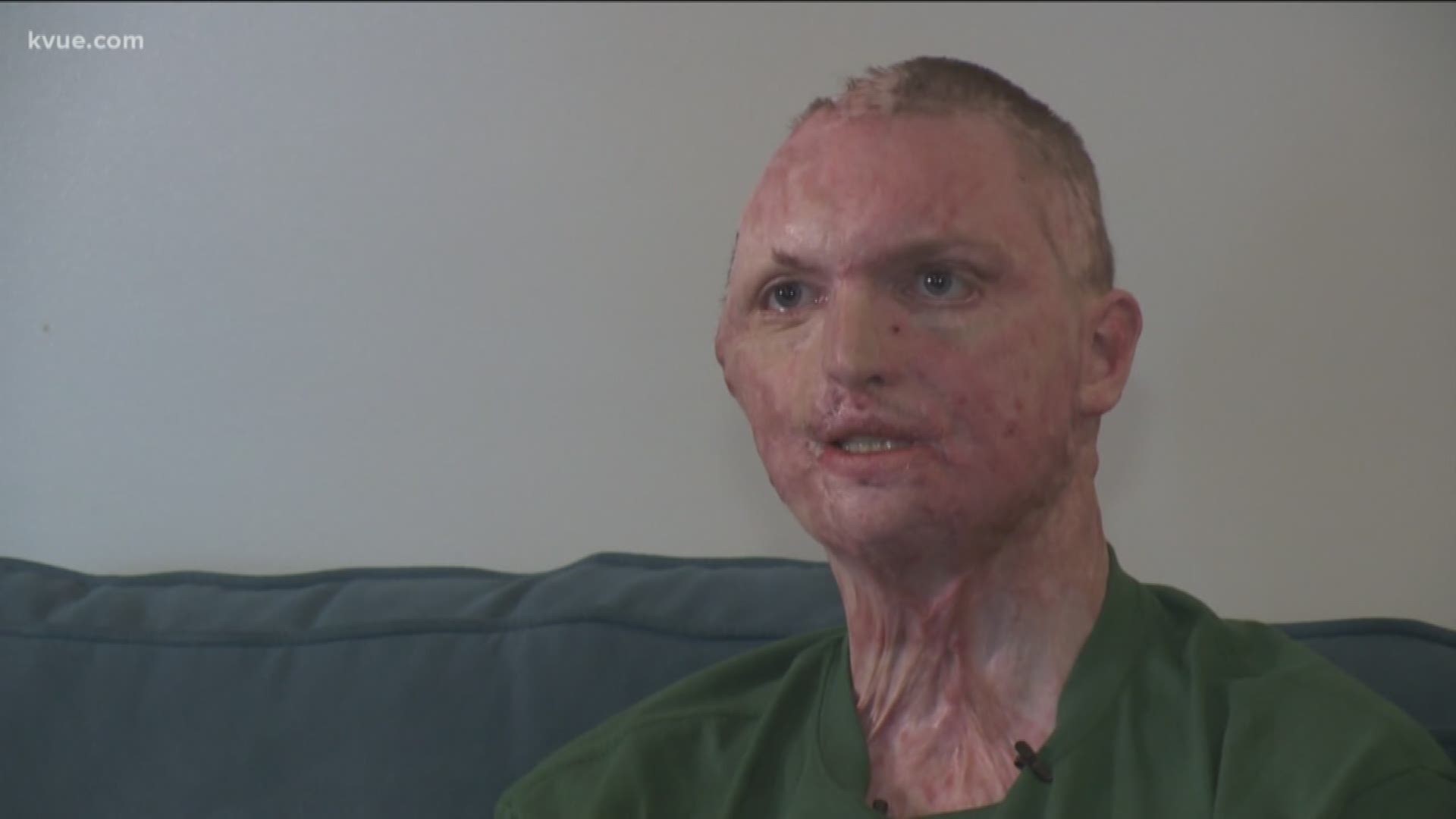 Zach Sutterfield is a survivor.

One year ago, he was asleep at his friends' apartment at the Iconic Village in San Marcos when he awoke to orange flames around the living room sofa where he was sleeping.

In the moments that followed, he jumped from the second floor, landing head-first. He remembers other residents using their own clothes to try to stop the flames from burning him.

"It felt like a nightmare feels, but it was real, and you can't get away from it," he said.

Sutterfield, who was 20 at the time, was taken to the burn unit of Brooke Army Medical Center. He has spent the past 12 months since the July 20, 2018, fire in recovery.

Authorities said they think the fire was intentionally set, but no arrests have been made.

Sutterfield had been staying in the two-bedroom corner apartment with Frizzell and Pasadena native Ortiz until his unit was move-in ready. Frizzell had gone to his same high school in San Angelo.

“I wanted to leave the nest and try to dip my toe in the water of the real world,” he said.

The night before the fire, the three had watched movies at home when Ortiz and Frizzell went to their rooms to go to sleep at around 10 p.m.

Sutterfield watched TV until midnight before dozing off. The next thing he remembers, everything was on fire.

At first, doctors gave him a 50% chance to live if he survived the first 72 hours. Sutterfield was burned on nearly 70% of his body. He also suffered a traumatic brain injury from jumping two floors to safety.

But over the past year, he has continued to recover. Sutterfield has had two dozen operations, including skin grafts, and surgeries to save his vision. He also had a major operation to remove part of his skull to relieve pressure on his brain.

“I know I will never look the same, but I know I am me,” he said. “It was very difficult to learn to love myself again, and that is something I am still going through. I have days when I am feeling confident and look in the mirror, but there are other days when I don’t want to take a shower because I don’t want to look at myself.”

Sutterfield awaits the day – likely another few months – when he can return to San Angelo.

He also plans to one day enroll in college again to fulfill his dream of becoming a teacher.

“Teachers serve a very important role in a child’s life,” he said. “If they don’t have a positive role model or influence at home, and they don’t have one at school, they aren’t going to live up to their potential. But if they have a teacher who is willing to help them, that could be the next president or the scientist who cures cancer.”

'He did everything a dad is supposed to do': Maryville family mourns father who drowned after saving daughters in Florida