Demand for guns and ammo has never been higher according to Firearms Sales Manager Z. Farhat at Green Acres Sporting Goods. Business, he says, he up about 300%. 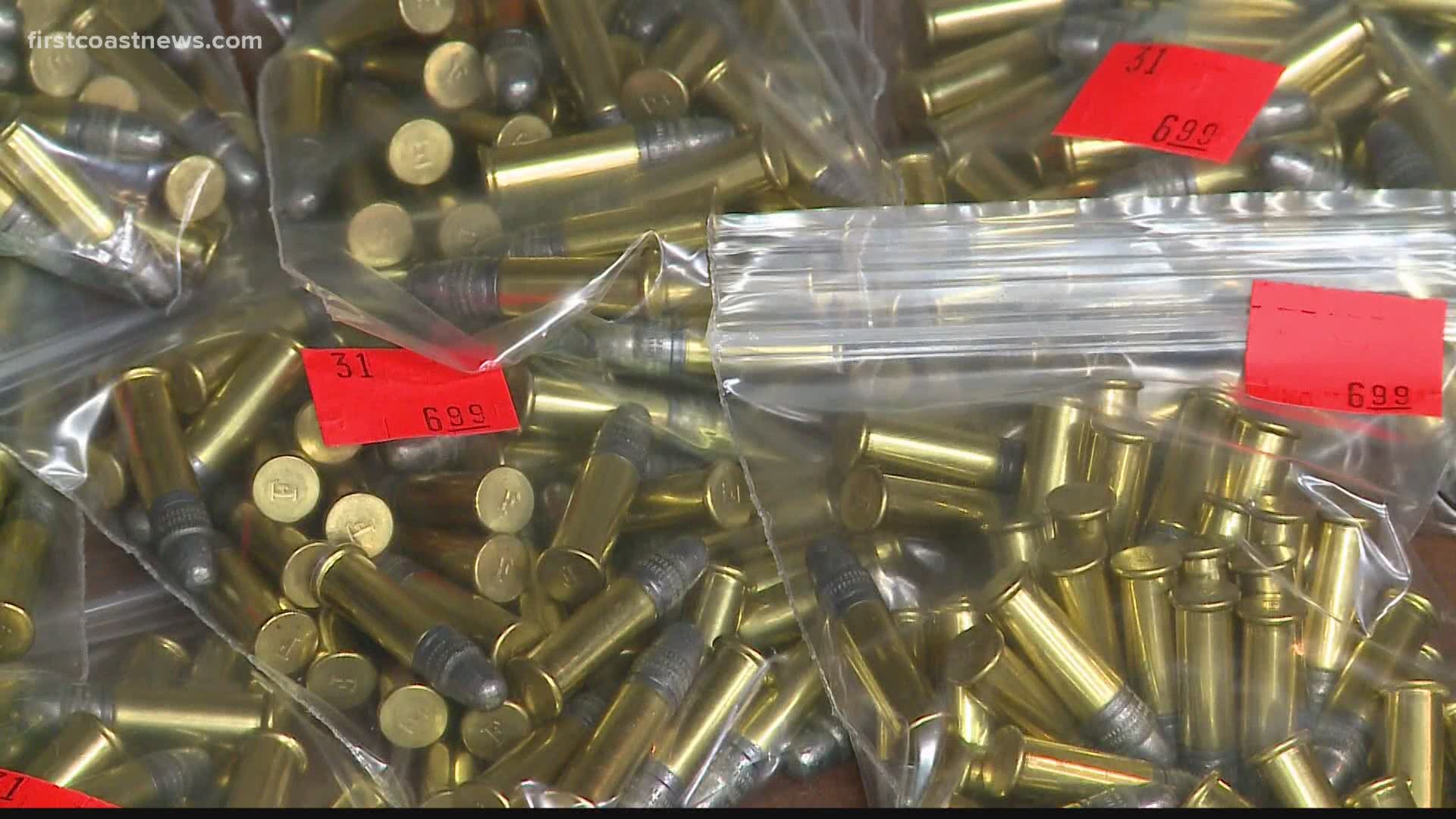 JACKSONVILLE, Fla — Gun stores across the First Coast and the country are experiencing an ammunition shortage right now as many people try to stock up during these uncertain times.

“The gun store was totally sold out, and they told me they've been sold out for some time and they don’t know when they're getting ammunition in,” gun owner Craig Riley said.

Demand for guns and ammo has never been higher according to Firearms Sales Manager Z. Farhat at Green Acres Sporting Goods. Business, he said, is up by about 300%.

He said it's simply a matter of supply and demand.

“We're not getting any products, so the quantities are getting limited and there is a massive shortage on you know ammo and certain firearms,” he said.

Farhat said the pandemic, coupled with nationwide protests and it being an election year, have created the perfect storm.

“We’ve already been told from the manufacturers mostly like, it's looking like maybe late third quarter, maybe late fall, and it could be pushed into winter or 2021 until we get a lot of the product,” he said.

While Farhat said his store does have ammo in stock, but it's costing more right now because he's not able to buy it wholesale.

“We've had to go out and purchase through outside distributors that are able to sell us limited quantities here and there, and we just have to make do with what we can get,” he said.

The coronavirus has really caused a big snag in getting inventory, he said.

“The supply has basically been, for all intents and purposes, at least for the stuff that people want, has pretty much been cut off,” Farhat said.

Shotguns, AK-47s and AR-15s, along with handguns, he said, are in high demand right now and becoming harder to find.

“Selection is dwindling by the day, by the hour, ammo, the same way,” he said.

Riley said he plans to make another trip to the store to get the ammo he wants for one reason.

“I want to be prepared to protect my family,” he said.

Also in high demand right now are concealed carry classes. Farhat said his store is seeing about 150 to 200 people a week take the class, and many of them are first time gun owners.