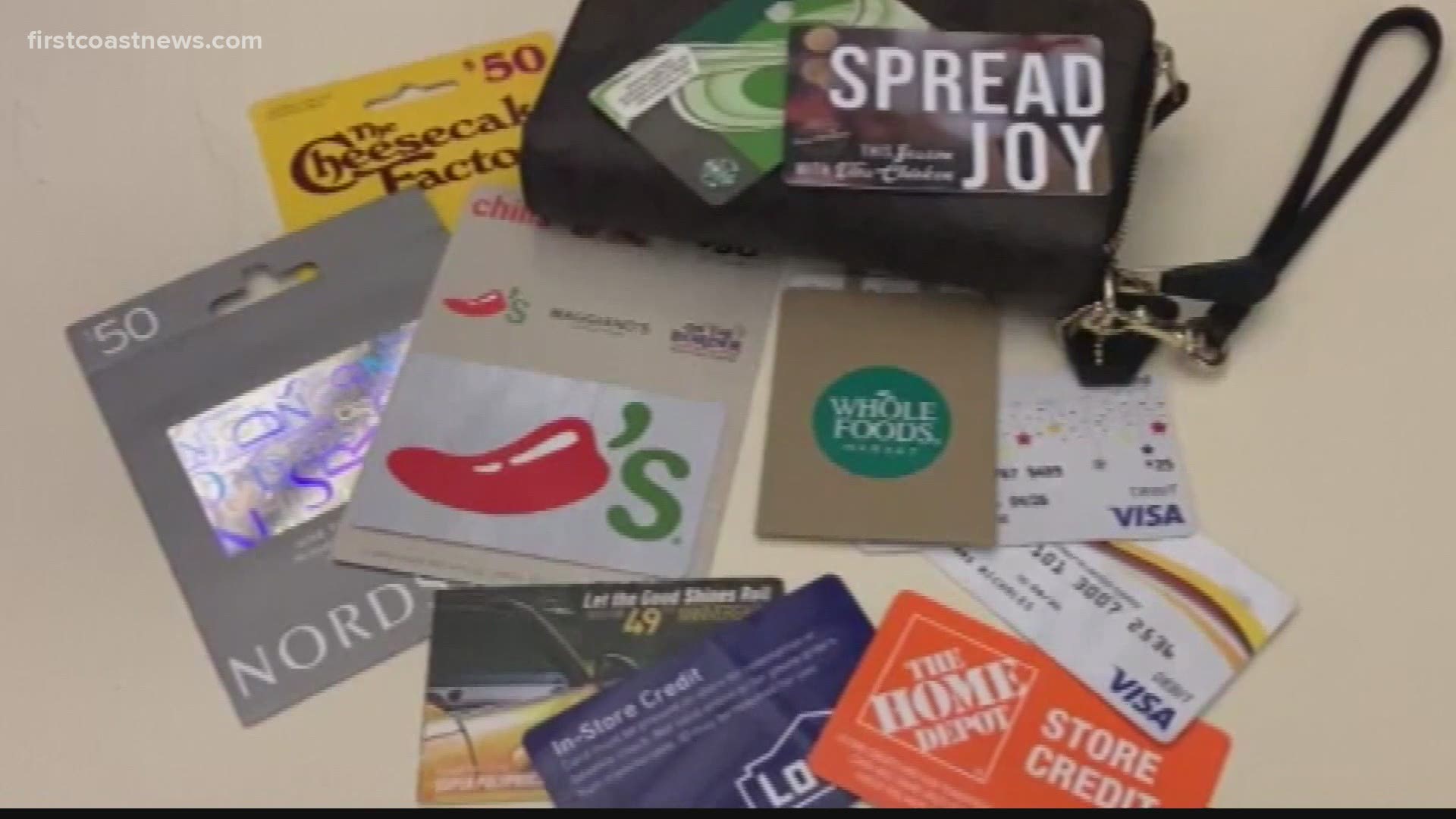 ST. AUGUSTINE, Fla. — Many of us opened presents or had some sweet treats for Christmas, but thieves are out and about trying to fill their pockets for the holidays.

Law enforcement says four types of crimes are on the rise on the First Coast and they have tips on how to avoid becoming a victim.

'Tis the season for holiday meals, exchanging gifts, and grinches who are trying to put a damper on the holiday.

“What we’ve seen more often than not around the holiday season is the scams," said Chuck Mulligan, spokesman for the St. Johns County Sheriff's Office.

Mulligan says those scams have been online and over the phone. Scammers tell people they need to wire money or send a gift card to stop a warrant or pay an outstanding bill.

Another scam is making the rounds. “Individuals are prompting you with an e-mail, a text, or a phone call," Mulligan said. "What they want you to do is go to your computer system and allow them to take over your computer to fix a problem that you’re having.”

The thieves quickly seize on the opportunity to make some quick money.

“What they end up doing is scanning your computer rather quickly, finding any online banking or financial accounts that you have, and then exploiting those and basically seizing or stealing your money online.”

The second crime on the rise is stealing packages. Mulligan says some criminals even follow delivery trucks around. He advises to get packages off your front porch right away, but if you’re not home, ask a neighbor to. Then it’s more likely you’ll be able to open your packages yourself and not have a porch pirate take them away.”

“Because of the packages and the numbers were dealing with is caused by COVID and more people potentially out of work, we may have more individuals looking at doing that as a way to resell them in order to garner finances for themselves," Mulligan said.

The third popular crime is shoplifting and the fourth is thieves applying for unemployment benefits in other's names.

“If these individuals can get one or two people a day, they don’t pay taxes on that money of course, and then they end up with a windfall of stolen cash," Mulligan said.

Mulligan says to stay vigilant because these four crimes are likely to continue well into the New Year.

The @SJSOPIO reports four specific crimes are increasing in the county: Scams, stealing packages, shoplifting, and unemployment benefit fraud. Spokesman Chuck Mulligan says to stay vigilant because these crimes will most likely continue into the New Year. @FCN2go pic.twitter.com/2NgrczVF88

RELATED: How to stop porch pirates from stealing your holiday packages

RELATED: Scams to watch out for while shopping online this holiday season