It will include 915 residential units and 250,000 square feet of commercial space on 72 acres, 11 acres of recreational space, and 30 acres will remain wetlands. 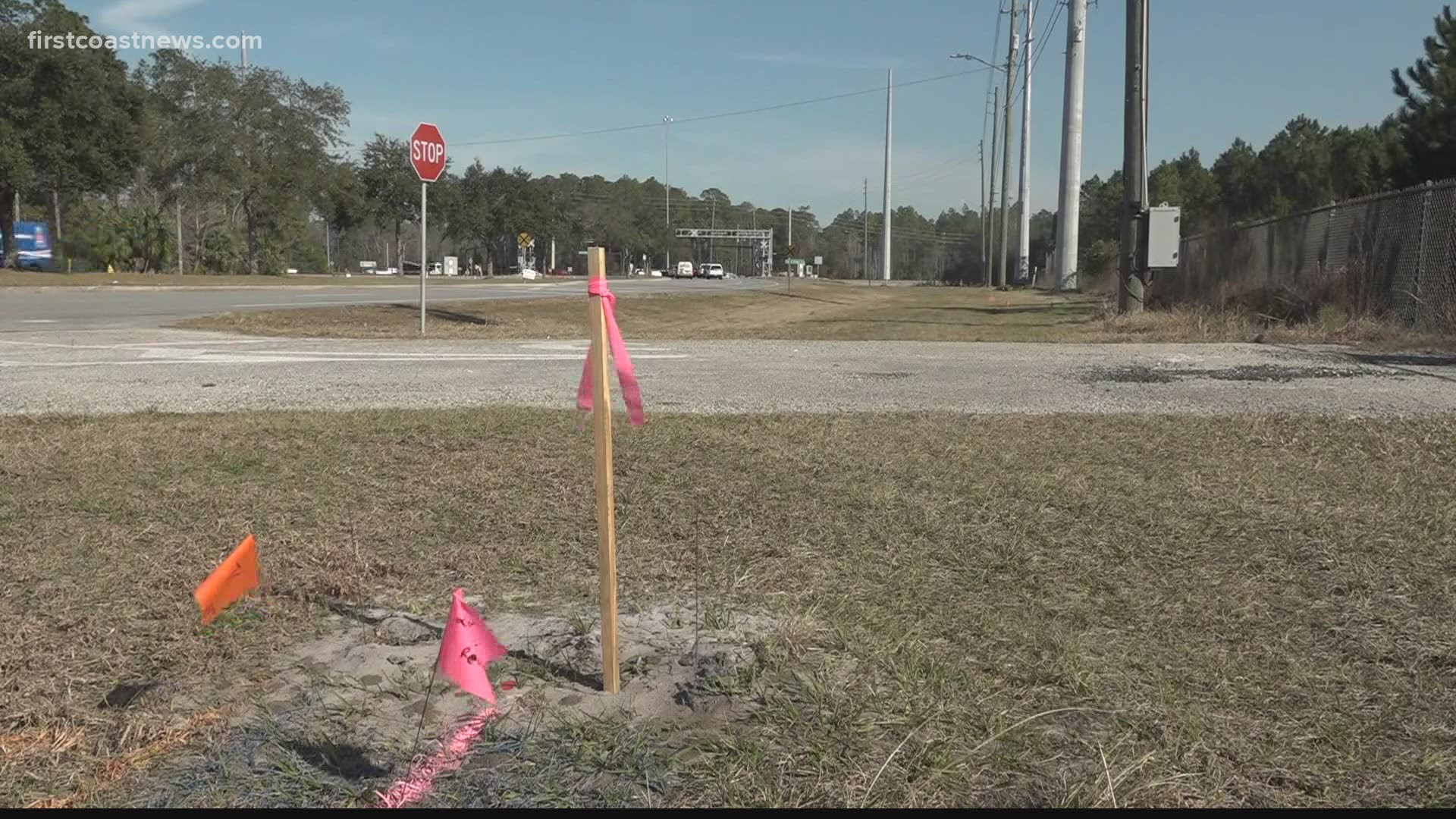 ST JOHNS, Fla. — A major development is coming to northern St. Johns County, which is one of the fastest-growing counties in the Sunshine State. However, some people who live nearby have concerns over congestion and noise.

It may just be an empty field now, but the sparse piece of land in St. Johns will soon turn into a sprawling 103-acre development of residential and commercial properties.

"It's old, and it's a bit of a sore eye," said Patrick Olivier, a Cypress Trace resident.

That eyesore is the old Best Bet gambling site. It's been closed for 12 years and is Route 1 and Race Track Road.

St. Johns County Commissioners unanimously approved the Grand Cypress development, but Patrick Olivier, who lives in the nearby Cyprus Trace development, has some concerns.

"There is a possibility the price of my house is going to decrease," Olivier said. "First from the work they're going to do over there, the construction, and second, how many people are going to be around, if you're going to hear the kids, and if we're going to hear a lot of noise coming from the new community."

That new community will include 915 residential units and 250,000 square feet of commercial space on 72 acres, 11 acres of recreational space, and 30 acres will remain wetlands.

"The growth is here. The population is already here. A lot of housing, and especially I would say commercial, is catching up to the growth that has already happened," said Joy Andrews, assistant county administrator in St. Johns County.

Olivier says he wrote a letter expressing his concerns to county commissioners but never received a response.

"I'm considering the option of moving out of the community," Olivier said.

Development will start this summer and is expected to be complete in four years.

. @StJohnsCounty commissioners approve 103-acre residential and commercial development at old Best Bet racing track. What will end up here and what nearby residents think about it tonight on @FCN2go. pic.twitter.com/SAH4RpxYOA