The bill allows for emergency rescue personnel to treat wounded police dogs in the field as well as transport them. 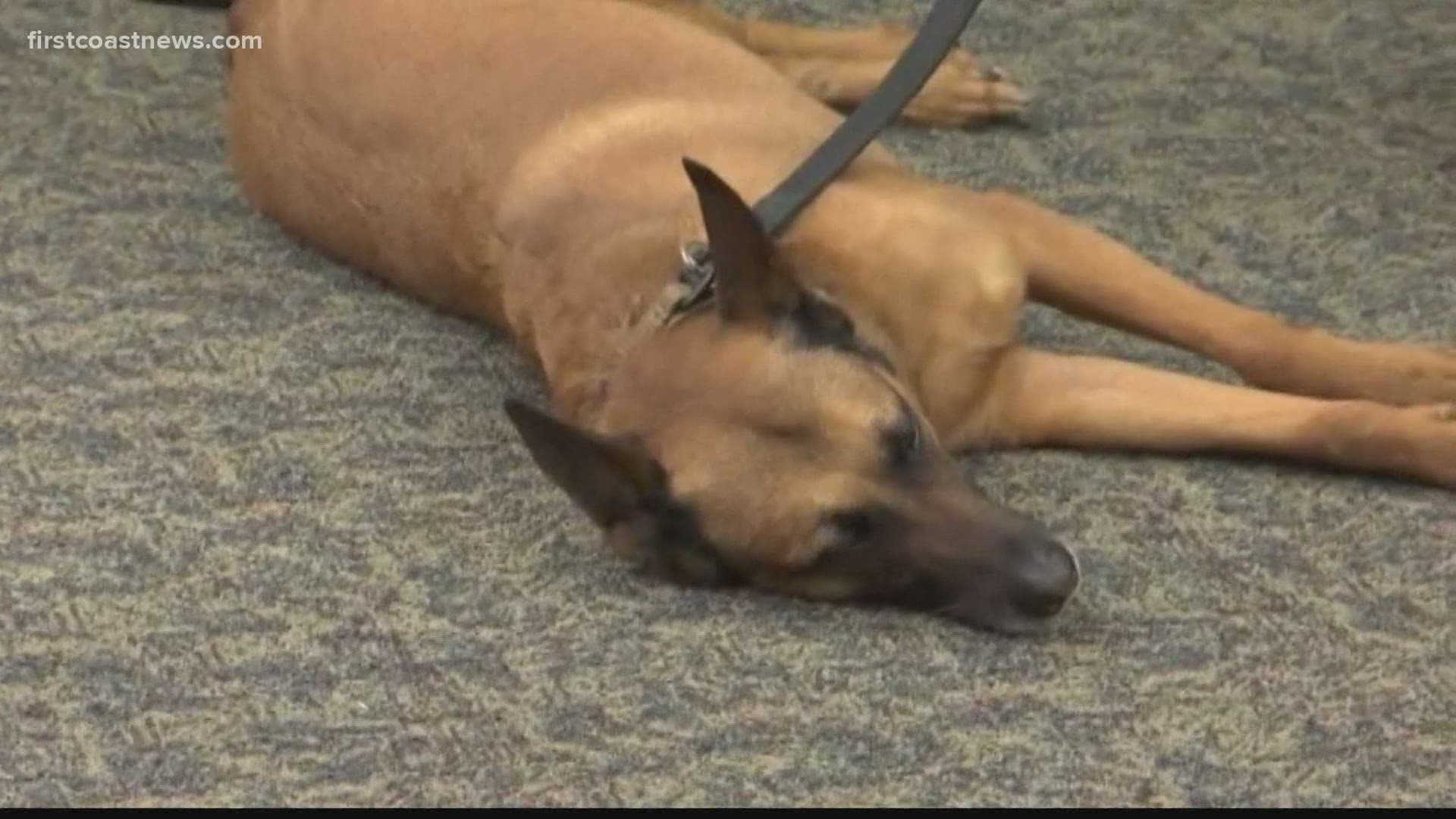 JACKSONVILLE, Fla. — Florida Governor Ron DeSantis signed a bill at the St. Johns County Sheriff's Office that will help get police K9s emergency treatment if they are injured on the job.

The bill allows for emergency rescue personnel to treat wounded police dogs in the field as well as transport them.

Emergency medical technicians and paramedics in the state of Florida were previously prohibited from rendering aid or even transporting the animals if they were injured, reports Florida Politics.

@GovRonDeSantis signs K9 bill with the help of his kids @FCN2go pic.twitter.com/zOCtc7N0gS

The bill will now allow medical personnel to take an injured police dog to a nearby veterinarian or similar facility if there is no human that needs transport.

HB183 requires the Office of Minority Health & Health Equity to develop and promote the statewide implementation of certain policies, programs, & practices that benefit the health of underserved communities and populations.

It also requires a representative from each county health department to serve as a minority health liaison.