MV Golden Ray capsized off the coast of Brunswick, Georgia in Sept. 2019. 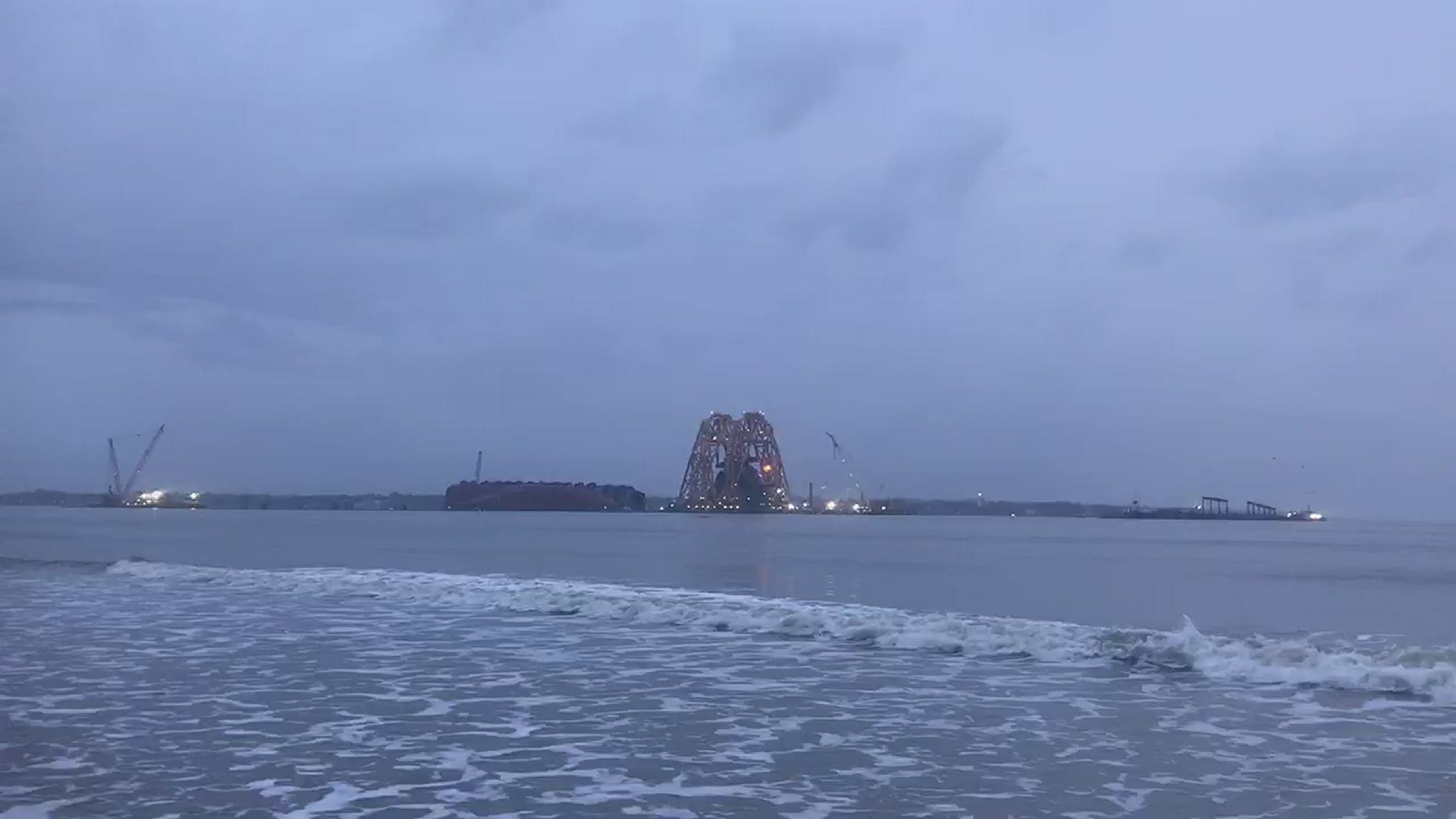 BRUNSWICK, Ga. — The salvage efforts of the MV Golden Ray, which capsized in 2019, has progressed to an important milestone.

The Golden Ray left the coast of Brunswick on Sept. 8, 2019 heading towards the Port of Baltimore. After only 23 minutes, the ship began to list and eventually capsized. The entire crew survived the capsizing, thanks to the extraordinary efforts to the US Coast Guard. However, the ship was a total loss.

Almost right after the ship's crew was saved, there were plans put in place for the ship's salvaging. However, it would be no easy task.

"It's just mind-blowing, the size and scope of this," one St. Simon's Island resident said about the Golden Ray salvage.

Crews have cut the bow of the Golden Ray, a major milestone in the salvaging effort.

Officials estimated it would take 24 hours for each cut to be made. However, due to several setbacks, including the cutting chain being broken, delays due to Tropical Storms, it took more than 20 days.

Still, this is the first time people can see the ship’s interior since the wreck.

“it’s bigger than what you think it would be, I’m surprised the cars are intact, smashed but intact,” Connie Brogan, who drove out to Mayors Point to see the wreck, said.

The first cut was completed this weekend. The bow was taken to a site near the Port of Brunswick at Mayors Point. However, adding to the difficulty of salvaging the wreck are pieces of debris that have washed up on the shores.

“This morning I found 30 or so pieces, [Sunday] I found 50 pieces,” Fletcher Sams, Executive Director of the Altamaha Riverkeeper group, said.

There is a 200-yard safety zone around the environmental protection barrier for recreational vessels. Any unauthorized usage of drones around the wreck site is prohibited.

Another major concern many have during the salvage effort is the environmental risk of the salvaging effort. Sams said he is specifically concerned what might happen when workers cut into the ship’s fuel tanks as well as whatever pollutants in more than 4,000 cars still on board the ship.

“We’re seeing on the Georgia coast something we’ve never seen before," Sams said. "Hopefully it’s one of the more successful salvage operations in US history, but we’re preparing for the worst case."

For months, Sams has advocated for a complete environmental damage assessment of the St. Simons Sound and surrounding areas to be done.

Officials say there is ongoing monitoring of the ship and the surrounding environment.

Locals like Brogan say the wreck has become a small attraction at the island. However, they are ready for it to be gone.

“It’s been such a slow process and I’m hoping the process to cut up the rest of the ship isn’t as slow as this first piece," Brogan explained. "It’s been there for such a long time, we’d like to see it out of there."

Michael Himes, spokesperson for the Unified Command incident response team, said the stern is next in line to be cut.

“The inner sections which hold the majority of the cars," Himes said. "Our plan shifts to instead of using barges to receive, we’ll be using dry dock barges, so we can lift them minimally and slip the dry docks underneath, seal them and take it to a local sight for dismantling."

Sams said some of the oil is covered in debris.