During the final day of testimony, the likely cause of the Golden Ray ship capsizing was revealed. 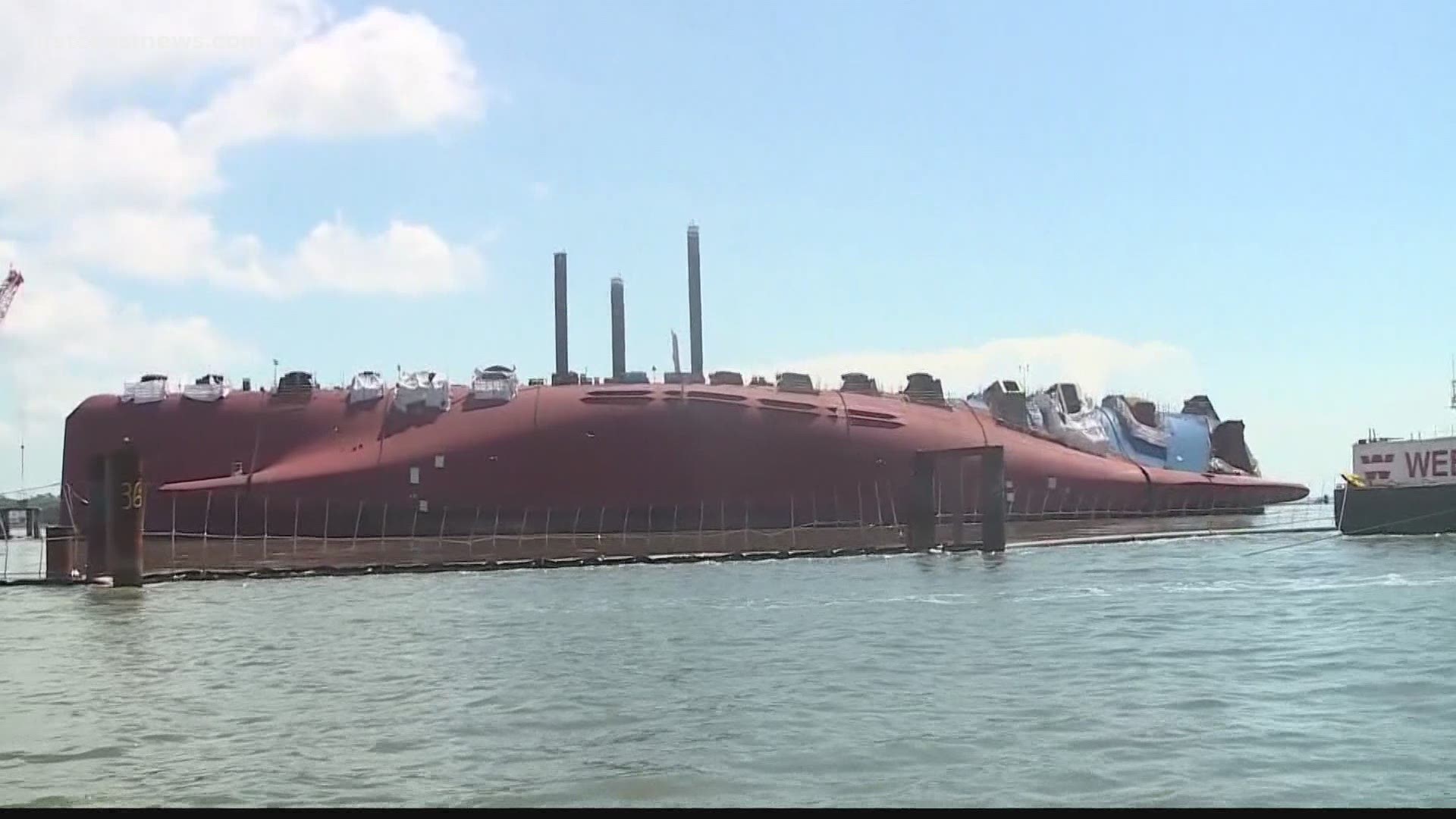 ST. SIMONS, Ga. — A US Coast Guard naval architect said the Golden Ray cargo ship that is still sitting in the St. SImons Sound likely had too much cargo and not enough counterweight in the hull to keep it upright when it capsized more than a year ago.

Maritime experts agree the ship’s stability was off. When the ship made the sharp turn out to sea in the St. Simon’s Sound, it rolled over due to the instability.

Lt. Ian Oviatt of the US Coast Guard testified on Tuesday, saying the Golden Ray was unstable long before it capsized in the St. Simons Sound. Oviatt said if the ship experienced adverse weather conditions, the Golden Ray could’ve capsized at any time.

He said the instability of the ship and its cargo, combined with listing in the turn to starboard, were contributing factors.

“The primary reason for the instability was a combination of either too little ballasts down low or too many cars up high, and it wasn’t even close,” Sullivan said.

Ballast is seawater carried by ships to keep it stable. Oviatt studied the Golden Ray’s previous voyages and found the ship released 1,500 tons of ballast water in its voyage from Freeport, Tx., to Jacksonville.

The naval architect said the ship could’ve capsized at any time, even out at sea. Oviatt said the issue could’ve been corrected in one of two ways.

“The vessel could’ve taken on additional ballast to be in compliance with the 2008 Intact Stability Code, the cargo could’ve also been shifted so it was at a lower vertical center of gravity,” Oviatt said.

Soon, the ship will be cut into eight pieces, with a target start date in early October.

The US Coast Guard estimates it could take 8 weeks to get the ship out.

“You have to cut the ship like a slice of bread, take off one eight of the ship and load it onto barges," Sullivan said. "Seems like a very ambitious schedule to me, I’m not sure they will be able to make that.”

Salvage companies are tasked with removing the ship and more than 4,000 cars still on board.