The rescued Golden Ray crew head to Mass after being saved from their overturned cargo ship in St. Simons Sound. 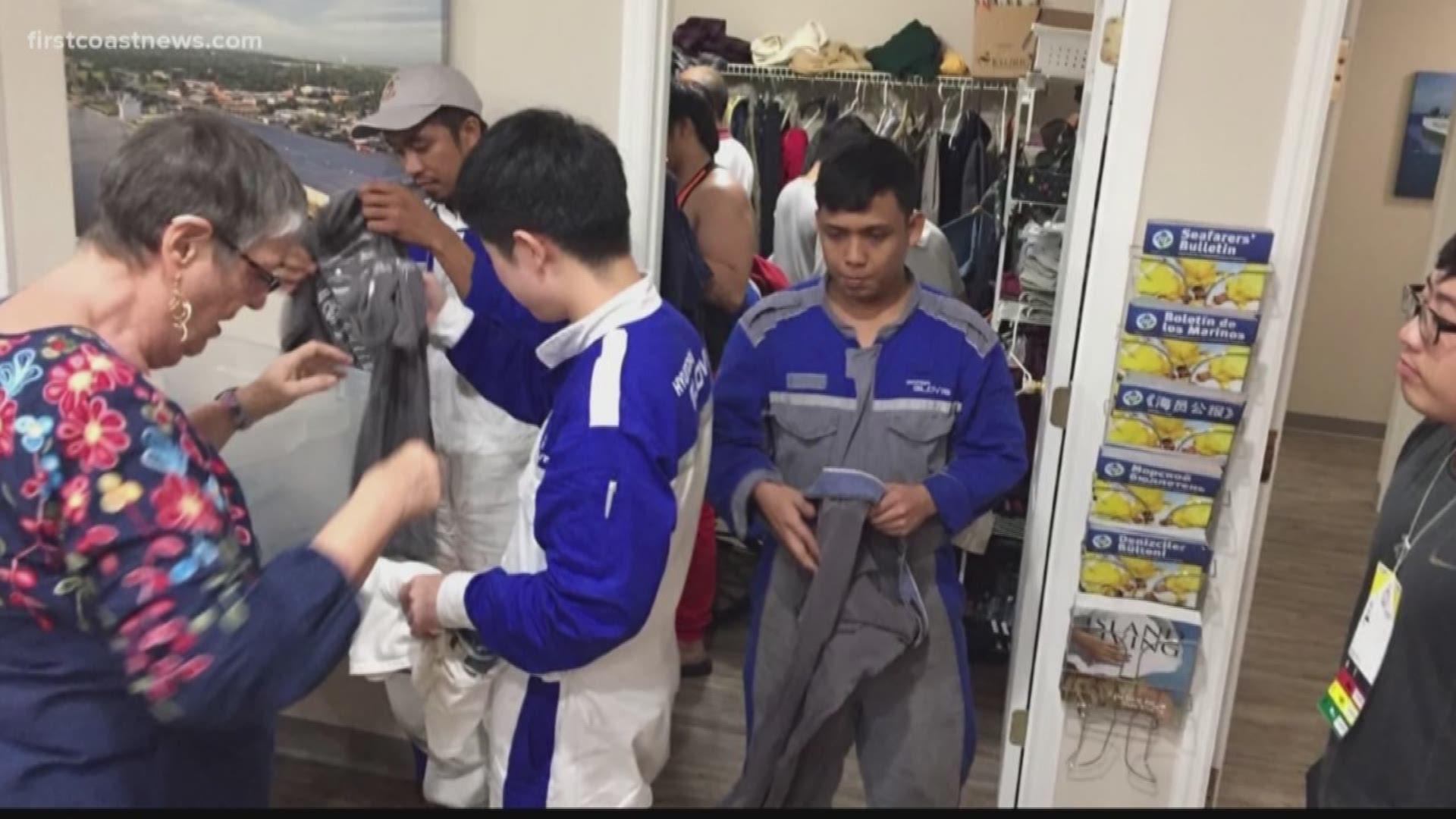 The smiles and joy of the rescued Golden Ray crew were captured on the cameras of the staff at the International Seafarers' Center in Brunswick.

It shows the fortunate outcome of the crew members heading to Mass after being rescued from their overturned cargo ship in St. Simons Sound.

"Nothing in the eight years has happened like this," the center's executive director Vicki West said.

She met with the rescued crew.

They came to the center with nothing and left with bags of clothes and food -- the donations haven't stopped.

West shared other photos with First Coast News -- the crew getting outfitted with drier, more comfortable clothes. She also provided them a meal.

"There was an organization that went to Old Navy today and spent over $600 on new items for them," she said. "A lady went and bought a bunch of shorts, shirts. They aren't just new things. People are buying new things and bringing them in."

The center will open Tuesday at 8 a.m. to collect more donations. The center is located at 307 Newcastle Street in Brunswick.