Turning trash into art. It's something that's caught on in the Golden Isles since the beginning of the year. 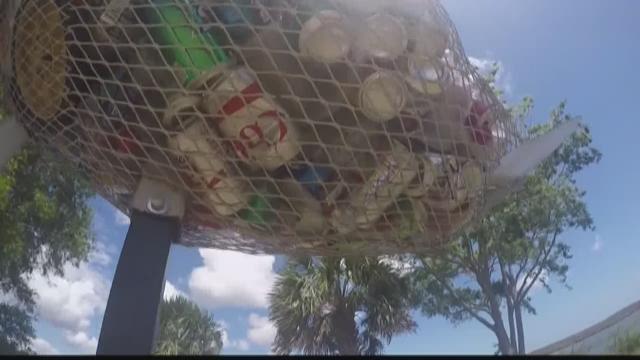 BRUNSWICK, Ga. - Turning trash into art? It's something that's caught on in the Golden Isles since the beginning of the year.

Now, the marine animal sculptures are gaining attention and are featured Thursday night during a PBS show.

The non-profit Keep Golden Isles Beautiful as searching for a creative way to reach the community with some litter prevention messaging. It was when the stumbled upon an organization on the west coast with a similar idea hat they were set.

Their plan: Five marine animals. A manatee, blue herron, right whale, shrimp and pelican, all to be filled with the trash cleaned up by the community from around the location of each sculpture.

"In this particular spot, manatee often come up to our docks and wave to the fishermen... so we thought it would be appropriate to put a manatee at Overlook Park," said Lea King-Badyna, Executive Director for Keep Golden Isles Beautiful, of the location for the manatee sculpture.

It's all part of an awareness campaign that's part of the area's updated litter ordinance. Each sculpture features educational signs that talk about the negative effects trash has on each marine critter.

The project has been a partnership of the city, county, Georgia DNR, with help from a Communities of Coastal Georgia Foundation incentive grant to pay for it all. Help designing the sculptures came from a North Mytrle Beach artist, who actually specialized in litter sculptures.

"They've made a huge difference. We've started a campaign on social media where people can take pictures next to the sculptures, look for them and then tag themselves," she said.

Those behind the project say they hope the project a year and a half in the making will also help people explore their own backyards.

"We're hopeful that it will make a difference. We're positively optimistic about that, and we also think that it's a fun way to learn, that folks are getting the message without even realizing necessarily that the message is coming through," said King-Badyna.