January 26, 2009, is the day Karin Windorski-Cruz got a knock on the door and news that would forever change her family's life. 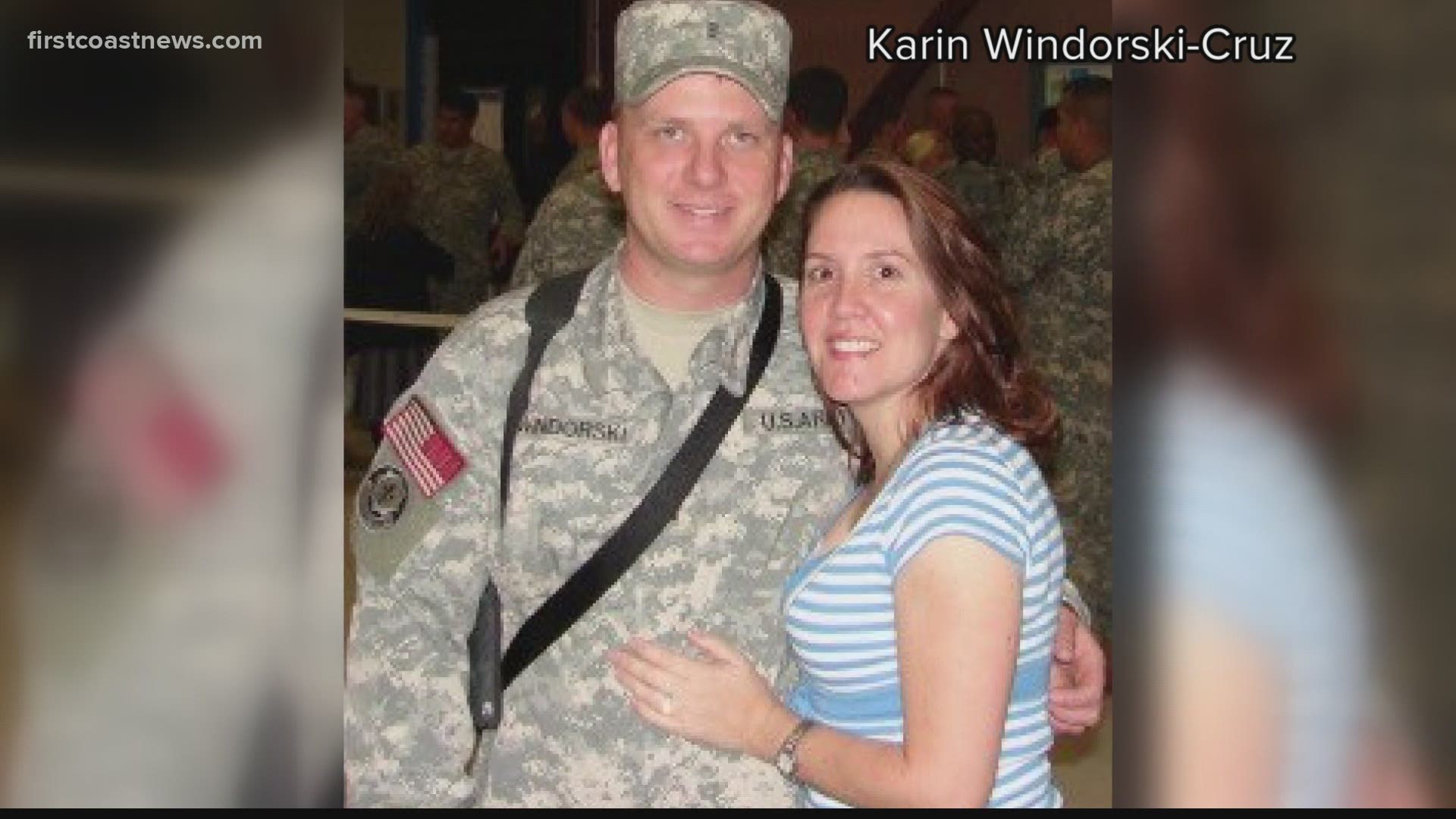 ST. AUGUSTINE, Fla. — A St. Johns County woman is spending Monday reflecting on the true meaning of Memorial Day by remembering her fallen husband, who died in 2009 while serving the country.

More than 1,700 names of Jacksonville-area fallen service members are listed on the Veterans Memorial Wall, and two new names were added this year. The St. Augustine Gold Star wife knows each of those names carry a story of a fallen hero who made the ultimate sacrifice.

“We met when we were both stationed at Fort Hood," Karin Windorski-Cruz said.

“He did a lot of coaching. He helped to coach Little League and football,” Windorski-Cruz said.

Then came three kids, who were the light of Windorski's life. He left for his third deployment for Operation Iraqi Freedom.

“He left for that deployment on our son’s 9th birthday. That was the last time we saw him," Windorski-Cruz said.

January 26th, 2009 is the day Windorski-Cruz got a knock on the door and news that would forever change her family's life.

“That’s when I transitioned from military wife to military widow," Windorski-Cruz said.

Insurgents struck two helicopters, which crashed into each other and killed all four soldiers on board, including Windorski. He was just 35 years old.

The Gold Star wife would like the First Coast to do this on Memorial Day:

“I would like people to remember my husband and all of the other fallen men and women that have served this country and paid the ultimate sacrifice on the battlefield by just simply taking a moment, by just taking a beat and saying thank you. We remember. Say their name," Windorski-Cruz said.

Windorski-Cruz will take part in "Wear Blue: Run to Remember." You can participate by clicking here.

The flame at Jacksonville's Veterans Memorial Wall serves as a reminder of the true meaning of the day. @FCN2go photojournalist @tvjoe12 and I are live on #GoodMorningJacksonville with a Gold Star wife's poignant story. #MemorialDay2021 #MemorialDay pic.twitter.com/TqCWMUld0S

. @USArmy CW3 Philip Windorski, Jr. lost his life when insurgents shot his helicopter on January 25, 2009. His wife Karin hopes everyone recognizes fallen service members are the real reason behind #MemorialDay and take him to honor and remember them.@FCN2go pic.twitter.com/xFi5MsrB4h