Going up & coming down: A look at Jacksonville's downtown demolition projects

The Landing, the old courthouse, the old fire station, and the Hart Bridge Expressway are all either demolished or have plans to be demolished. 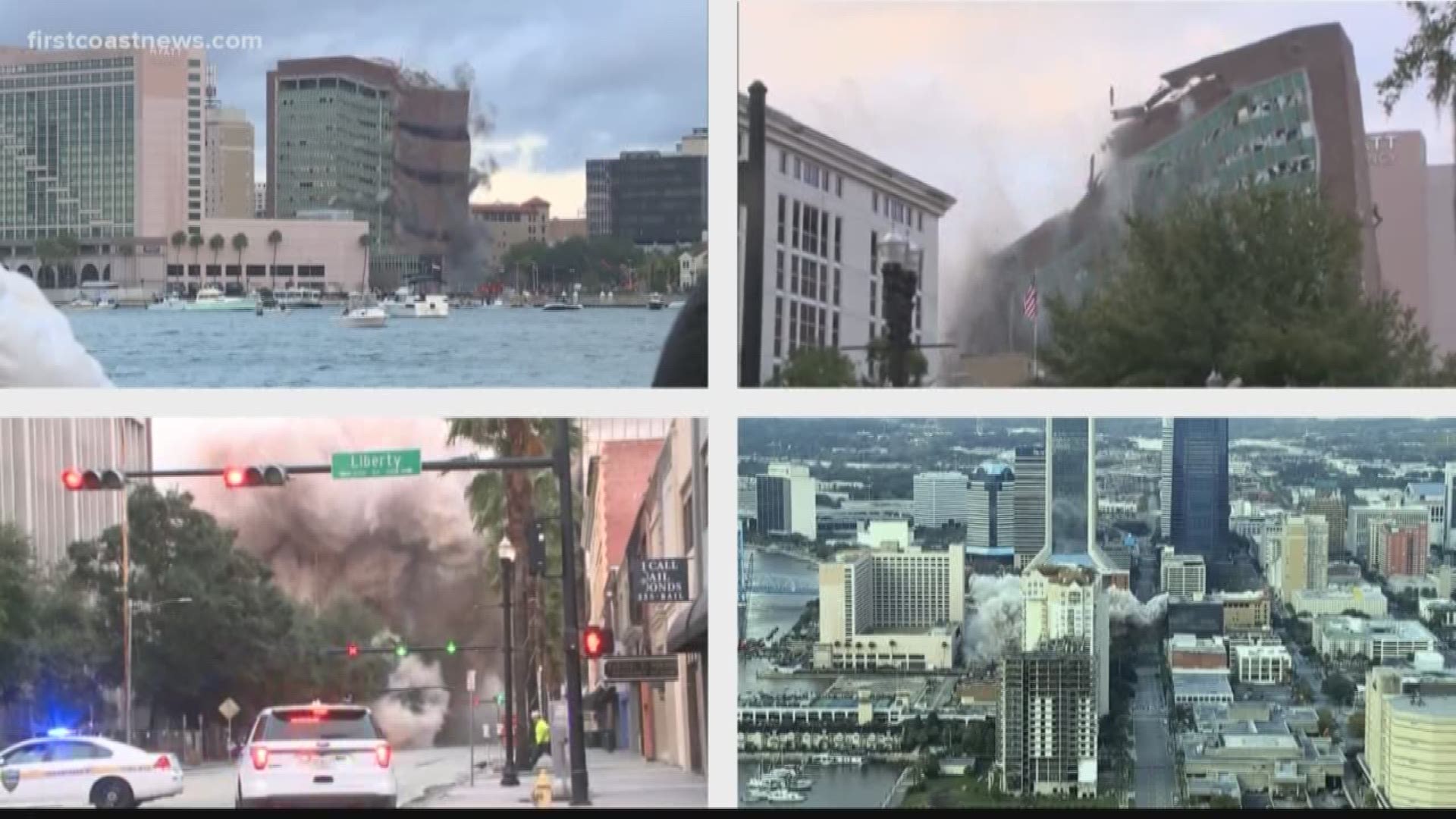 Landmarks across downtown Jacksonville are coming down, but what are the plans to fill their spaces?

The Landing, the old courthouse, a fire station, and the Hart Bridge Expressway are all either demolished or have plans to be demolished.

The spokesperson says the city is waiting on getting construction contracts finished. Mayor Lenny Curry and the Jacksonville Jaguars say they’re “close” to signing an agreement for the first phase of Lot J.

There is a town hall meeting Wednesday afternoon where city officials will go over the plan for Hart Bridge Expressway and answer questions. The meeting is at the Jacksonville Elks Lodge at 4:30 p.m.

The Landing: The most high-profile demolition to date is the Landing. There are no bids on it yet, but the city says that prime waterfront land won’t be put on the market until after the demolition and clean-up is done, which the city spokesperson says should be by the end of May.

There’s still no plan for the property. The spokesperson says officials are just starting to look at the dimensions for what could go there.

Old Courthouse: As for the empty lot on Bay Street, the old county courthouse’s old spot, the city has received two bids for that site. The bids are supposed to include a mix of retail and multi-family residential development.

There are still no renderings or pictures for what could go there. In the next few weeks, the Downtown Investment Authority (DIA) will meet to discuss those options. A city spokesperson says public interviews of the applicants will be on Feb. 5 and the Retail Enhancement and Property Disposition Committee of the DIA will meet on Feb.  11 to make a recommendation to the board.

Firehouse Number 5: Over in the Brooklyn area, historic firehouse number 5 was torn down over the weekend after being there for 110 years. It will now be a street connection.

Construction there may get started in late spring because that’s when construction of the new FIS headquarters is expected to start. The road construction is supposed to follow a similar timeline.

A city spokesperson says the fire station property was not bought by FIS, but it will become part of the re-aligned Forest Street intersection and roadway, which will lead to the new FIS headquarters.

The spokesperson says the FIS headquarters project will be considered for final design approval at the Downtown Development Review Board meeting on Feb. 13.