The video was posted to Facebook on Tuesday by a user who says the incident happened in Jacksonville. 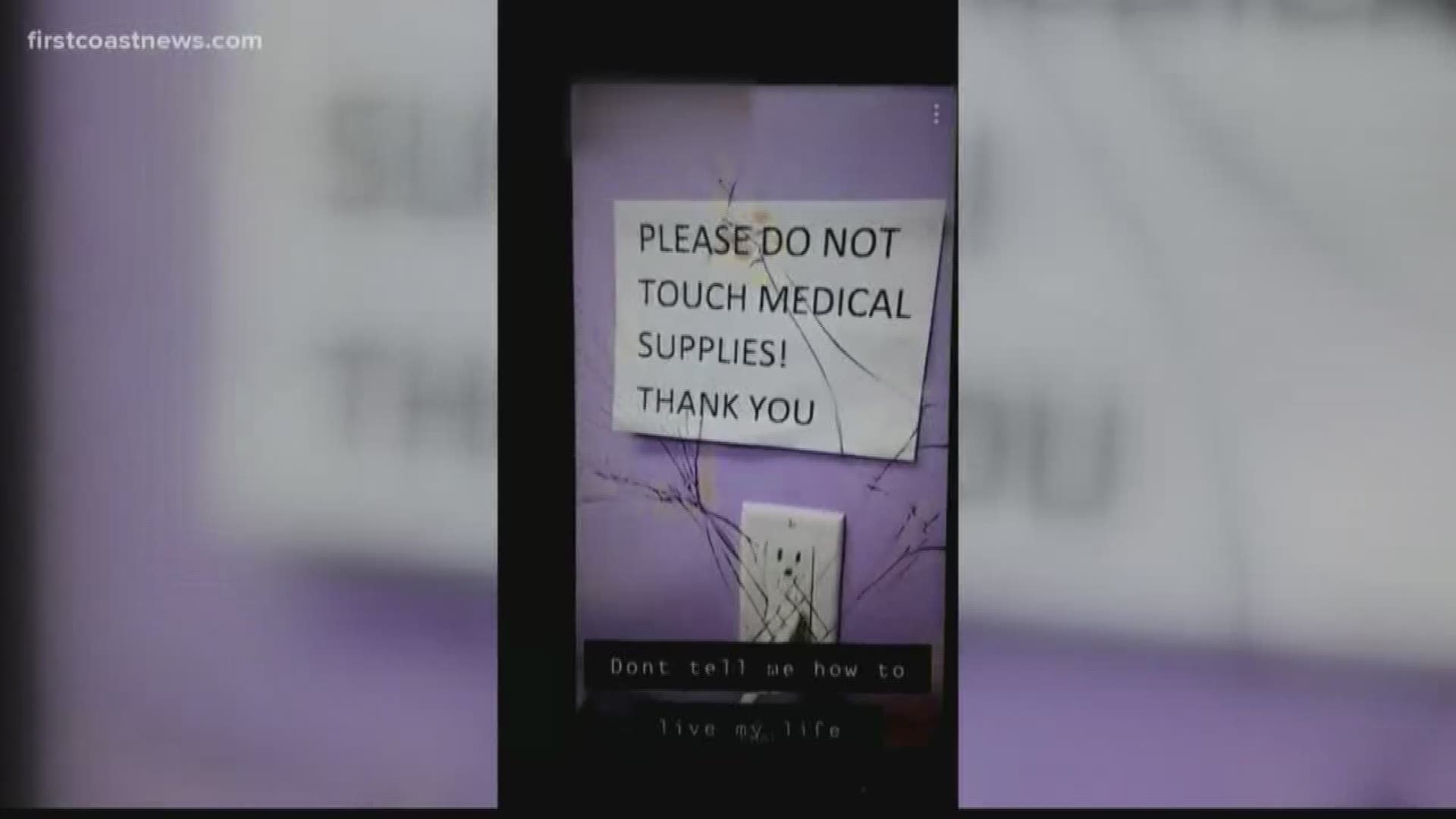 A video circulating on social media shows a girl licking a tongue depressor before placing it back in a jar with other tongue depressors at the All About Kids and Families Medical Center.

The medical center confirmed with First Coast News that the girl in the video was a patient and that law enforcement has been contacted to conduct a full investigation.

All About Kids and Families Medical Center released the following statement regarding the video:

"We were notified yesterday that a patient had violated our trust with behavior that is inconsistent with the practices and standards that we uphold and expect at our facility.

Upon notification of this isolated incident, we contacted law enforcement to request a full and thorough investigation. In addition, we immediately removed all materials and container from the specific exam room and re-sanitized our entire facility. Our internal investigation does not reveal any resulting risks or harm to patients from this action.

This type of behavior is not tolerated at All About Kids and Families Medical Center. Each year, we serve thousands of patients, and providing quality care and ensuring their safety is our top priority."

The video is part of a disturbing trend in which people are licking food and objects before placing them back on shelves and posting the videos on social media.

The video at the doctor's office was posted to Facebook on Tuesday by a user who initially saw it on SnapChat. The video has since been taken down.

RELATED: You could face up to 20 years in prison for licking ice cream at the store and putting it back