JACKSONVILLE, Fla. -- Dubbie Ellerbee's fight against cancer has brought down the wall between Florida and Georgia fans and made them unite in support of one thing: Dubbie beating cancer. 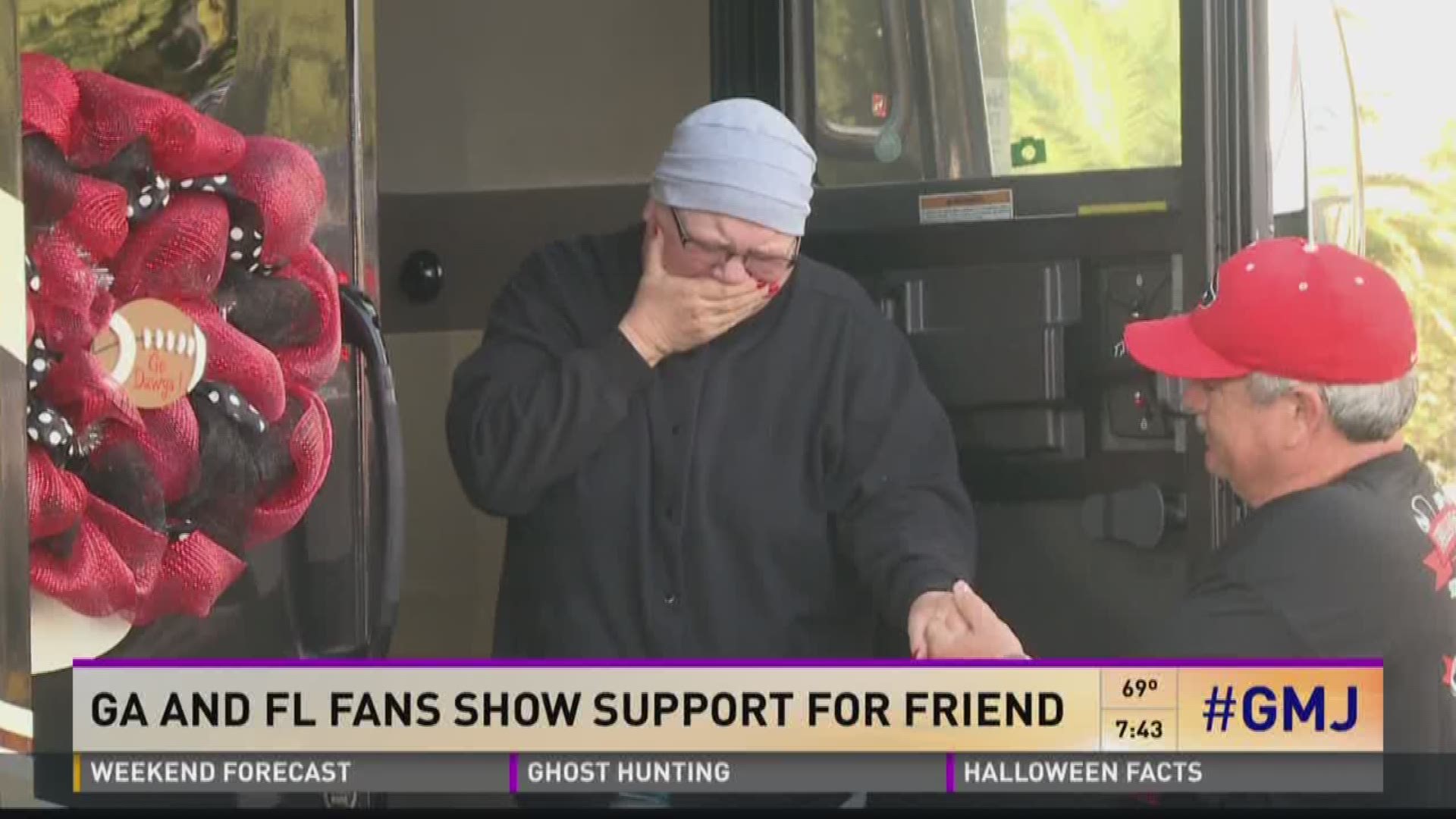 JACKSONVILLE, Fla. -- Dubbie Ellerbee's fight against cancer has brought down the wall between Florida and Georgia fans and made them unite in support of one thing: Dubbie beating cancer.

Dubbie's adopted sports family ditched their red and black and orange and blue for black shirts that all shared the same message, all sporting #teamdubbie.

On Saturday morning, Dubbie exited her RV in RV City to see all of her friends in their shirts, gathered around to support her. The t-shirts were a surprise, but the unwavering support was not.

"You are all awesome people. I've had more support from this group of people than anybody could have ever imagined. It feels so good. I love you all so much," she said.

It wasn't long after the 2015 Florida v. Georgia game that Dubbie received the news of her breast cancer, "I had to go for a mammogram and they told me I had to go for another one. I had to get a biopsy and right around my birthday they came back and told me I had stage two cancer in my left breast, said Dubbie. "Honestly, I went completely numb, I didn't know what to do."

"It's going to take more than cancer to get me down," Dubbie is fighting breast cancer and uniting Florida and Georgia fans. pic.twitter.com/blff7bdekQ

Dubbie and her husband have been going to Florida v. Georgia (Georgia v. Florida) games since 1988 and haven't missed one since. She said cancer wasn't going to keep her from coming to support her team.

"You have the support of everyone around you, that completely pulls you through," Dubbie said.

Dubbie has a message beyond her inspirational spirit, she encourages all women to get mammograms regularly.

Georgia and Florida fans are uniting with black t-shirts to show their support for #teamdubbie pic.twitter.com/sV7E9MJVOg