Jacksonville man convicted of 1985 Camden Co. church murders will get a new trial

Dennis Perry was convicted in 2003 for the 1985 murders of Harold & Thelma Swain who were shot to death in a small Camden County church. He maintains his innocence. 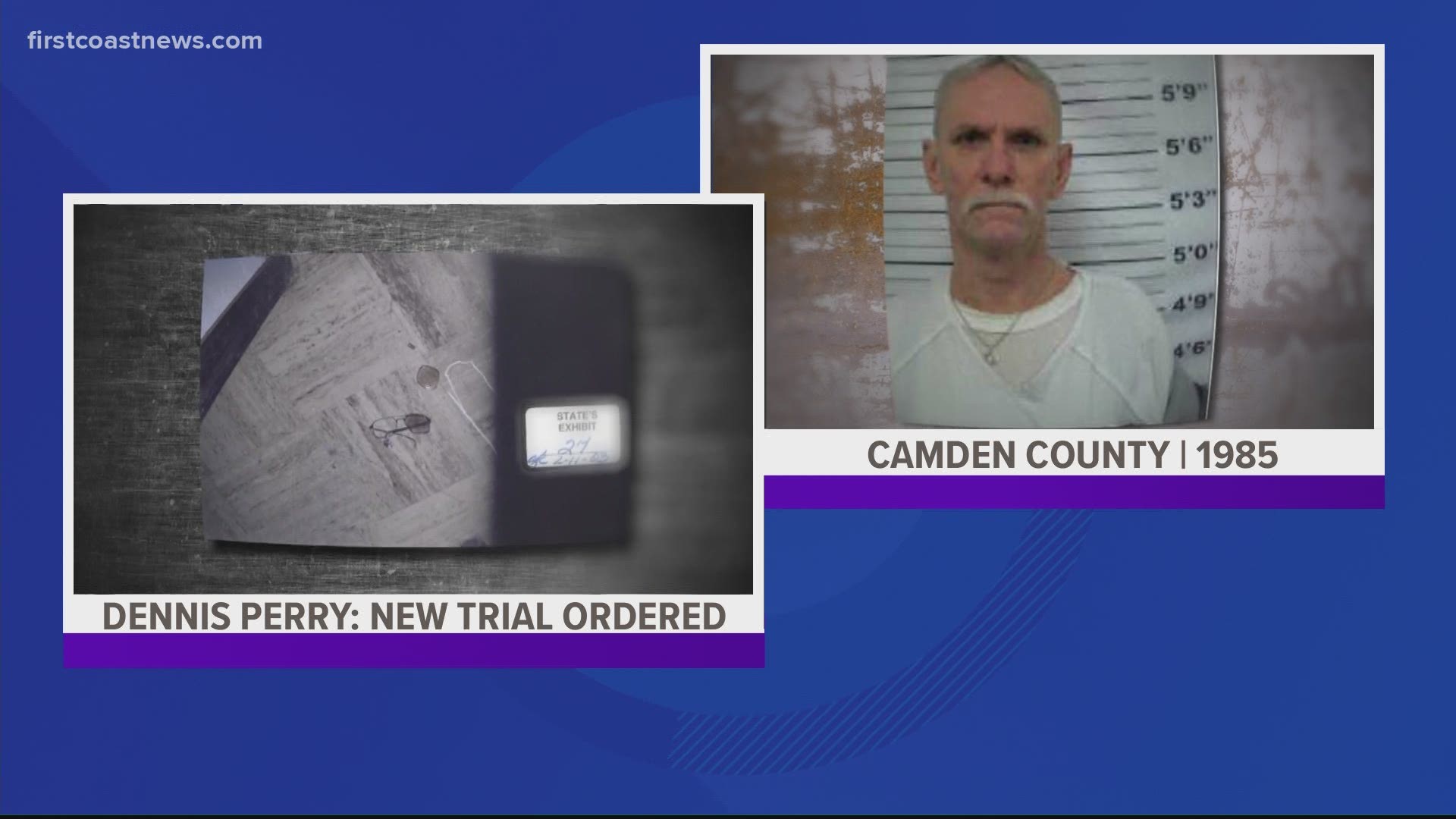 GLYNN COUNTY, Ga. — After spending 20 years in prison for two murders he has always said he did not commit, Judge Stephen Scarlett has granted Dennis Perry a new trial. The decision follows an eight-hour hearing earlier this week where Perry's defense team called eight witnesses to testify as the judge considered his motion for a new trial based on new DNA evidence.

In his order granting the new trial, Judge Scarlett wrote that during the lengthy investigation into the murders spanning over 15 years, there was never any physical evidence found that connected Perry to the crime scene.

“There was a pair of unique eyeglasses recovered from the scene that were believed by investigators to have belonged to the killer, which had two hairs stuck in one of the hinges," Scarlett wrote. "Mitochondrial DNA testing conducted on the glasses prior to Perry’s trial in 2003 excluded him as a possible contributor to the hairs. All evidence at trial was circumstantial in nature."

Perry was arrested in 2000 and convicted in 2003 for the 1985 murders of Harold and Thelma Swain who were shot to death in a small Camden County church where they were attending a Bible study.

“The court finds the new DNA evidence presented by the Defendant is so material that, had it been introduced at his trial, it probably would have produced a different verdict,” Scarlett wrote. “The new DNA evidence reliably links another suspect, Erik Sparre, to the key piece of physical evidence found at the crime scene: a pair of unique eyeglasses that investigators long believed to the killer.”

The Brunswick District Attorney asked the Georgia Bureau of Investigation to reopen the Swain murder case in May. That investigation is ongoing.

“The State had no physical evidence connecting Mr. Perry to the crime scene. The eyeglasses found at the scene did not match Mr. Perry’s prescription or eye geometry. Mr. Perry had an alibi, and the DNA evidence obtained from the hairs embedded in the glasses conclusively excluded Mr. Perry as a contributor of those hairs,” Scarlett wrote. “The new DNA evidence is reliable, substantive forensic evidence indicating that another suspect, Erik Sparre, may have been present at the crime scene.”

Perry is being represented pro-bono by King & Spalding law firm and the Georgia Innocence Project.

“We are very grateful that Judge Scarlett went forward with Monday’s hearing and that, after hearing our evidence and considering the record, he reached the merits of Dennis’ claim and granted the motion for new trial,” Phil Holladay, co-counsel at King & Spalding, said. “We believe that this is an important first step towards ending Dennis Perry and his family’s 20-plus year nightmare, and we will continue to do everything we can to secure our client’s immediate release from prison.”

Perry is serving two life sentences at the Coffee Correctional Facility where there has been a COVID-19 outbreak.

The Georgia Parole Board has tentatively granted parole to Perry. He could be released as early as September.

“Today’s victory was hard-fought after teams of passionate lawyers, reporters, and investigators re-analyzed his case and each arrived at an inescapable conclusion: Dennis Perry is an innocent man,”Jennifer Whitfield, a Georgia Innocence Project attorney on Perry’s legal team, said. “Dennis has spent over 20 years wrongfully imprisoned for crimes he did not commit. We look forward to the day when we can join his family in welcoming him home.”

District Attorney Jackie Johnson said in a statement to First Coast News, “Although I was not the District Attorney when these murders were convicted, or when Dennis Perry was tried, I am committed to the discovery of truth. That is why I requested the GBI to review the evidence in this case months ago. I will await the findings of the GBI’s investigation before determining how to proceed. What is most important and what the Swain family and the citizens of Camden County deserve is to find the truth of what happened and to hold those persons who were responsible for these tragic deaths accountable under the law.”

BREAKING NEWS: A judge has just granted a new trial for #DennisPerry based on new DNA evidence. Perry is serving two life sentences for the murders of Harold and Thelma Swain. They were shot to death in a Camden County church in 1985. Perry has spent 20 years in prison. @FCN2go pic.twitter.com/RM6buhHzRS

RELATED: Man convicted of double church murder could be paroled in September as he fights to get a new trial and clear his name

RELATED: With new DNA evidence, family of man convicted of church murders calls for Brunswick DA to 'do the right thing' 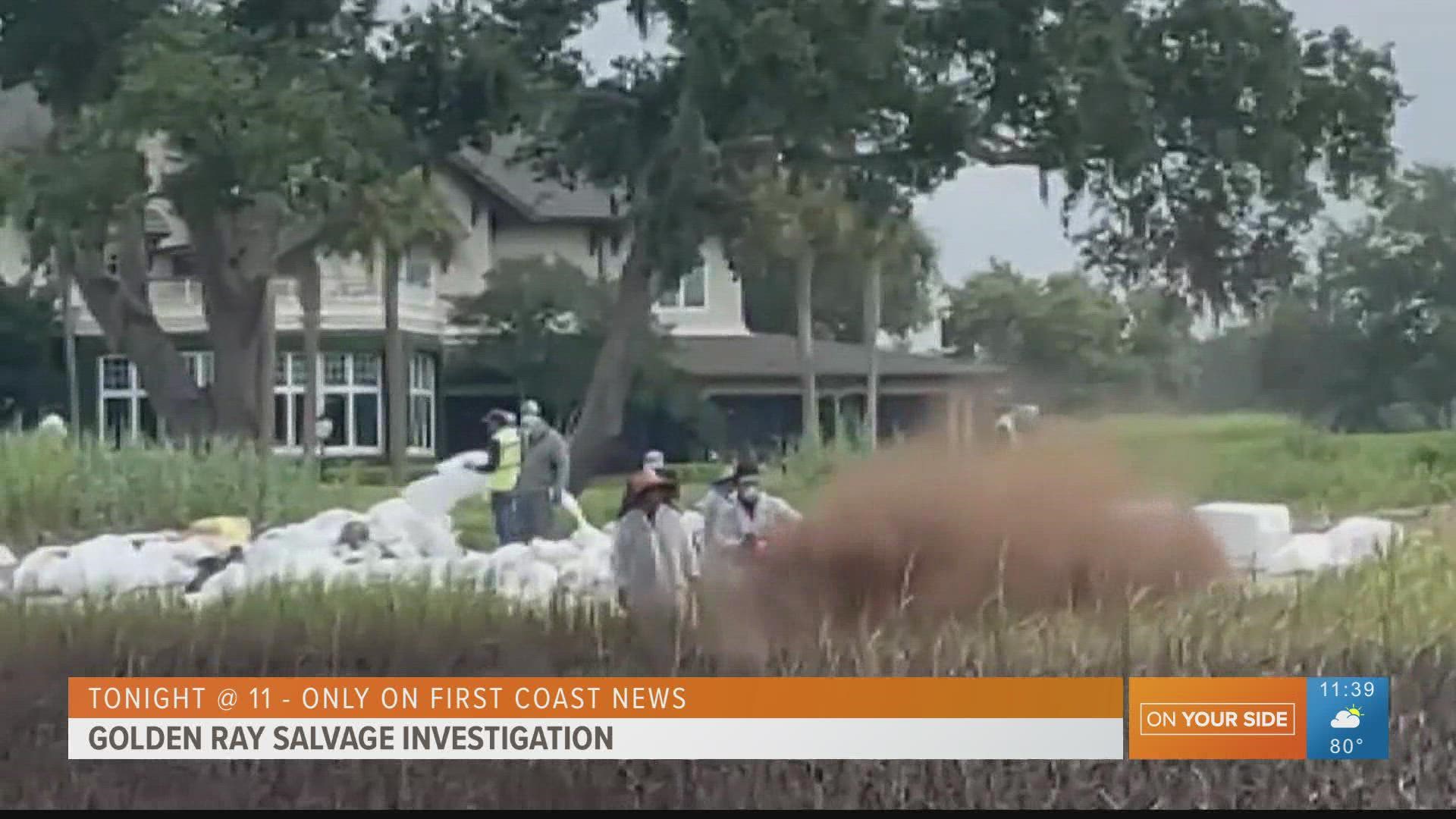