Captain Jonathan Tennant recalled the dramatic seconds in which the Golden Ray ran aground. 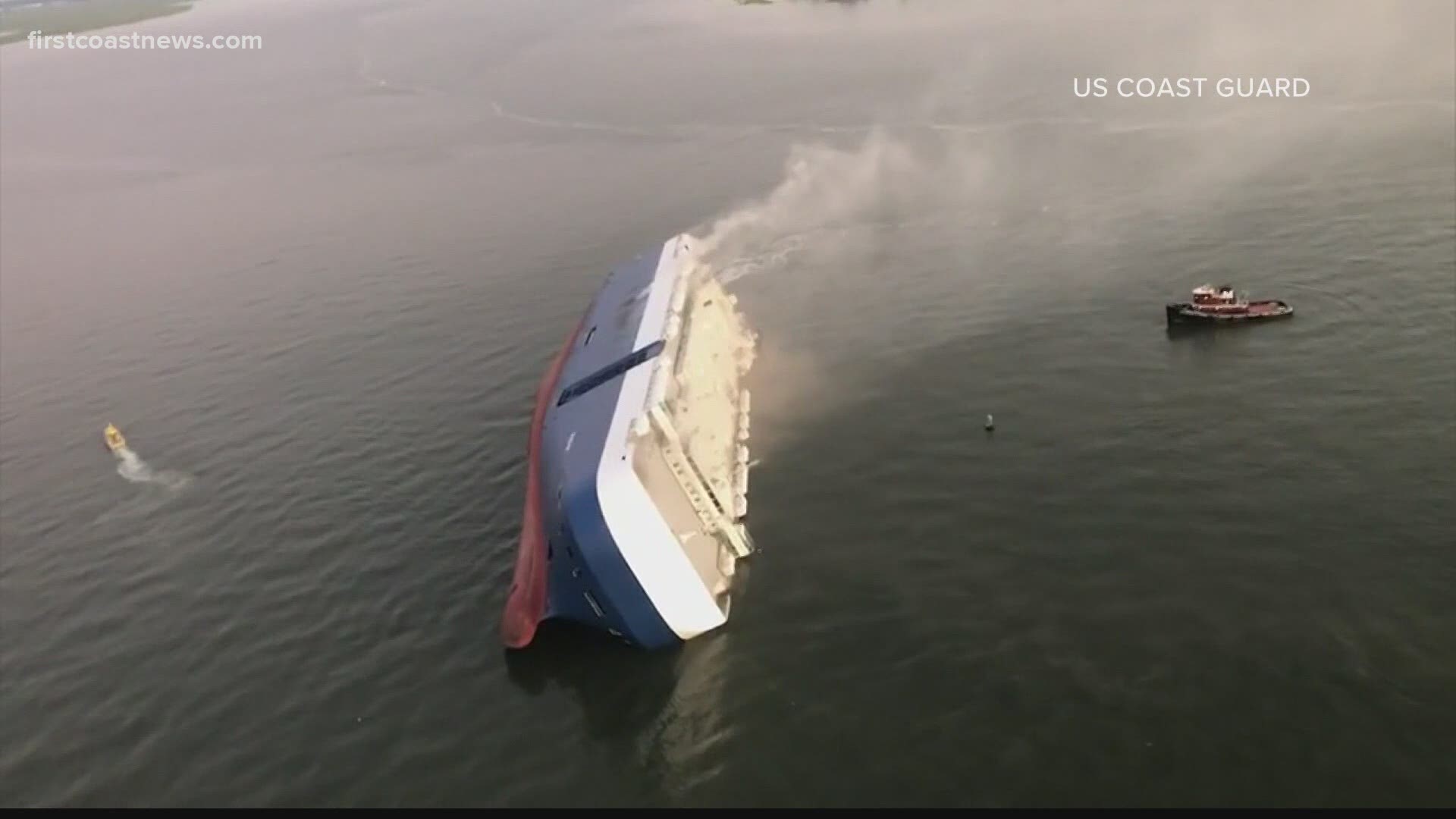 He says the Golden Ray capsizing is an “unexplainable situation I’ve never felt before.”

“It felt like someone pulled the rug out from under me and we just went over,” Tennant said.

The U.S. Coast Guard is questioning witnesses about what happened and what could have caused the ship to roll over.

Tennant—who was at the helm that early morning of September 8, 2019—says everything was normal before the ship somehow capsized.

Tennant steered the ship when it came inbound from sea after Hurricane Dorian passed the Brunswick area days earlier.

He said he noticed nothing wrong that day.

When he boarded the Golden Ray overnight for its outbound journey, he says nothing was wrong and there were no indicators the ship would capsize.

During Friday’s testimony—he describes what happens in the final turn.

He says at that point the ship is still level and he had no idea he was about to capsize.

He asked the captain about the “uncharacteristic behavior” before applying the maximum amount of counter rudder.

“I reached behind me where I propped up the ship’s radio and said to Jamie [Kavanaugh] on the inbound [Emerald Ace], ‘watch out Jamie I’m losing her,’ in which time she capsized,” Tennant said.

In this moment, he says he still tried to steer the ship.

“I went back to hard to port because I had nothing to lose and at that time I was capsized, I had no context at the time that my propeller and rudder were out of the water,” Tennant said.

His focus quickly shifted to calling for help—which fortunately for the ship and her crew was close by.

Tennant says he called to nearby tugboats. The US Coast Guard came in quick to get Tennant and the 19 other crew members of the Golden Ray.

The next day, the four crew members were rescued safely after being trapped in the dark and heat.

“My heartfelt gratitude to all those heroes who answered the call when our lives were in peril in the early morning hours of September 8, 2019,” Tennant read from a prepared statement.