“We expect there will be noise, fires, product discharges, and debris once we begin the cutting and lifting process,” says State On-scene Coordinator. 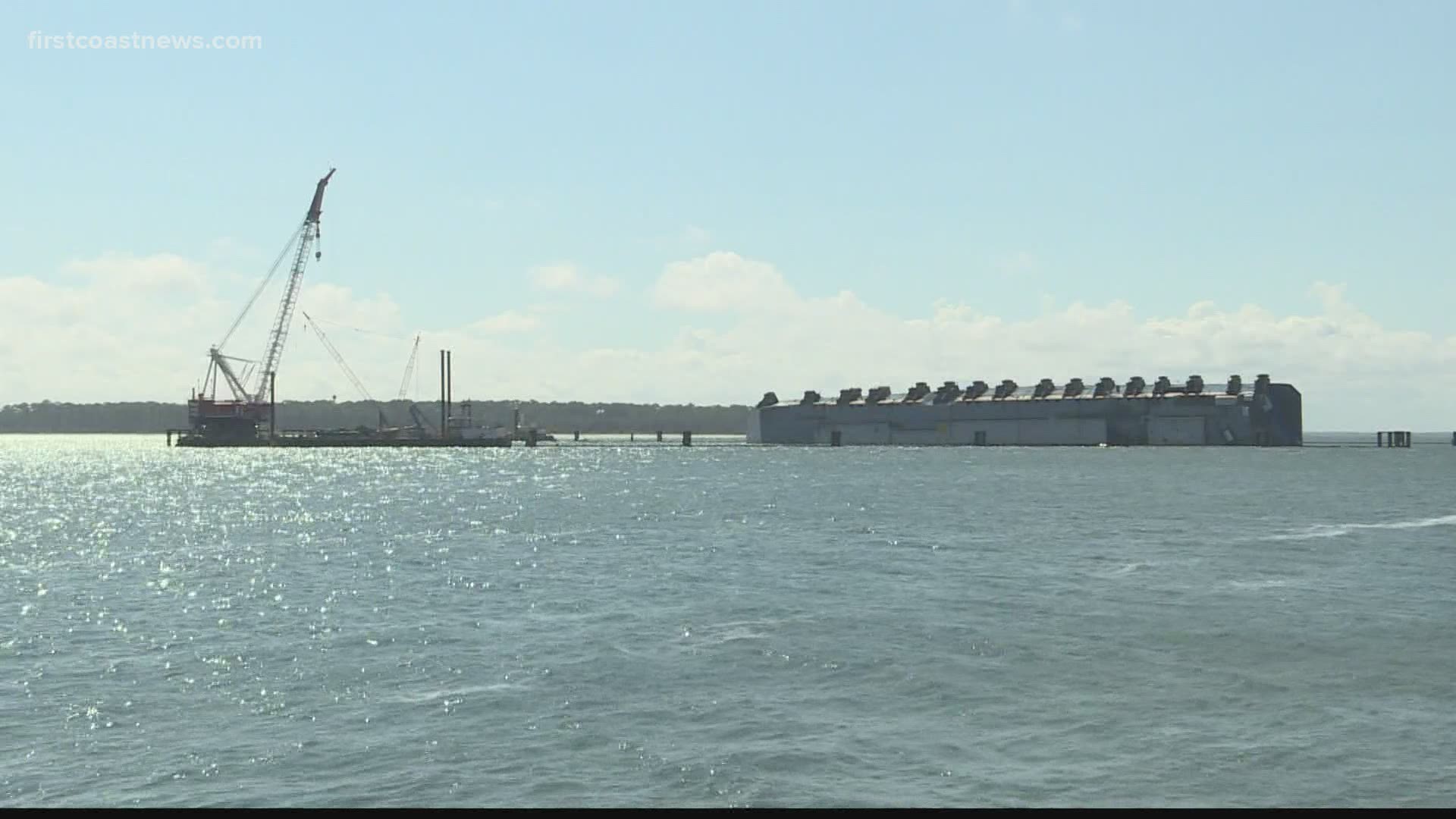 ST. SIMONS, Ga. — Cutting and lifting operations for the first section of the Golden Ray wreck will begin Friday, according to a release from the St. Simons Sound Incident Response.

The whole operation however is dependent on weather conditions and whether or not the job can be carried out in a safe manner.

“We expect there will be noise, fires, product discharges, and debris once we begin the cutting and lifting process,” said State On-scene Coordinator John Maddox of the Georgia Department of Natural Resources. “It would be unrealistic to say that this operation will be clean and perfect. We installed a multi-layer environmental protection system and have practiced prevention and response strategies for several months. We are prepared to protect the community and environment of St. Simons Sound.”

Officials say crews will monitor sound levels at the wreck site, St. Simons Island Pier and Jekyll Island Pier. Oil and debris recovery and firefighting assets will also be on station as a part of a multi-layer protection system.

The 150-yard safety zone around the Environmental Protection Barrier has increased to 200 yards for recreational vessels. The UC advises mariners to steer clear of the perimeter during the operation.

The Golden Ray cargo ship overturned in the St. Simons Sound on Sept. 8. It was transporting roughly 4,200 vehicles filled with fuel when it capsized.

After a harrowing rescue of some of the shipmates onboard, officials are still dealing with the aftermath of the incident in the form of environmental concern.

Its removal has been delayed by hurricane season and coronavirus infections among the salvage team.