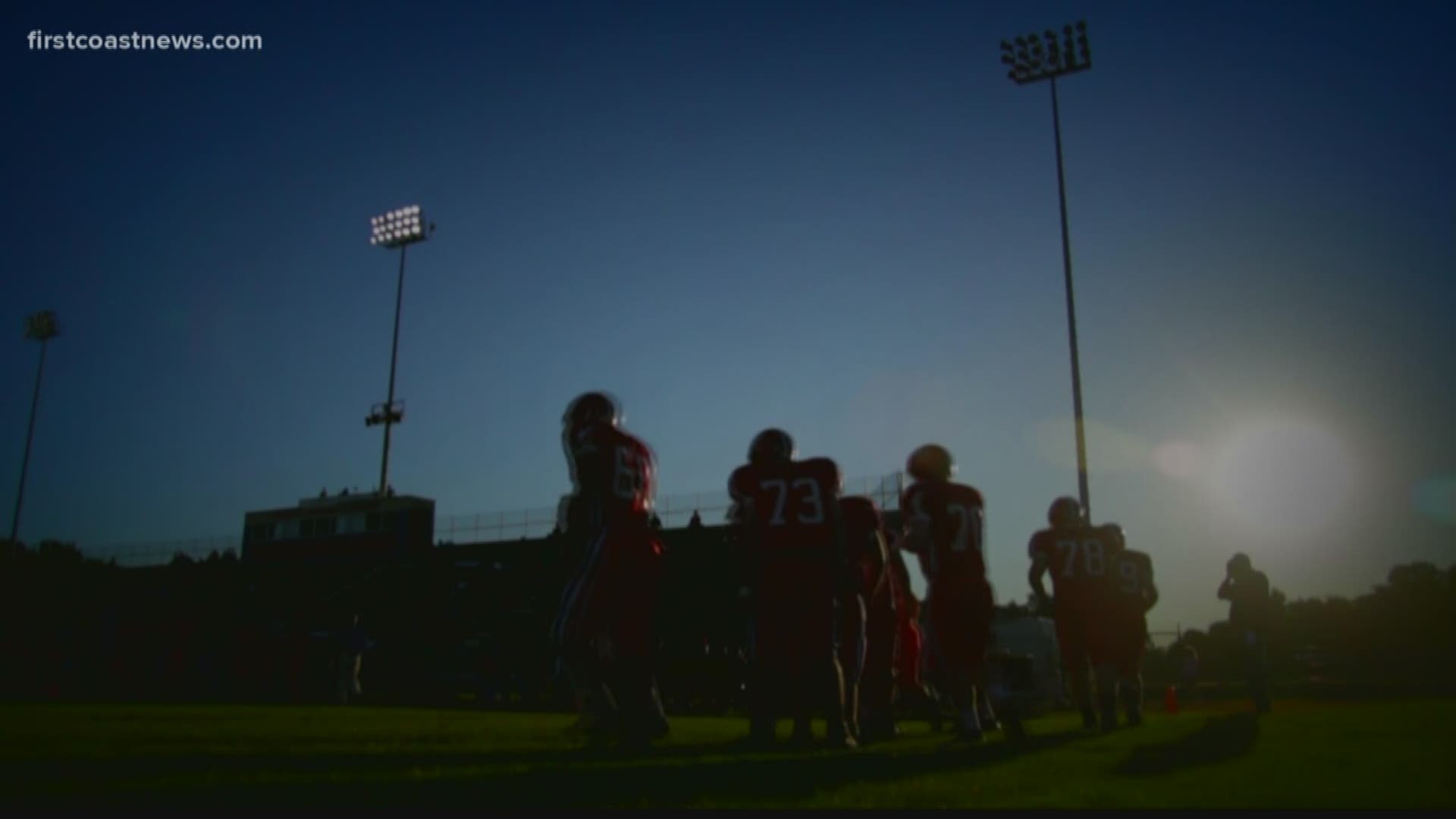 Since the 2014-2015 school year, the number of coaches making at least $100,000 has doubled. “I know the numbers look kind of lofty on paper,” said Camden County Athletic Director and former head coach Welton E. Coffey II. “It has a lot to do with what that coach brings to the table.”

A coach’s pay is based on numerous factors in Georgia including experience and education degree level. The salary, in most cases, also includes a stipend for coaching football and payments for working extra days. In some districts, coaches, (and this includes more than just football), are paid for winning postseason/playoff games.

Other coaches are paid to serve as their district’s athletic director, therefore receiving additional money. “We have some unique situations in the state of Georgia,” Coffey said.

Despite the number of coaches earning six-figures doubling since 2014-2015 school year, the names on the list haven’t changed that much.

“There is no price you can put on winning,” Glynn County Athletic Director Steve Waters told First Coast News last year. “The biggest surprise to me was how fast coaches' salaries are growing.”

Closer to the First Coast — Camden County’s Bob Sphire ($119,454.86), Glynn Academy’s Rocky Hidalgo ($111,180.60) and Wayne County’s Ken Cribb ($112,338.08)— all inked contracts that earned them six-figures plus.
Propst, the highest paid high school football coach in Georgia, was fired Thursday after a paid suspension and district and state investigation, according to multiple reports. The reason for his termination is unknown. Colquitt County School officials declined to comment.

In 2018, Propst led the Colquitt County Packers to a 14-1 season, with their only loss coming in the 7A state title game to the Archer Tigers. In Georgia, he has compiled a record of 119-35, according to the Georgia High School Football Historians Association.

A Colquitt County spokesperson previously told First Coast News, Propst does not teach any classes and doesn't serve in any other role other than head football coach.

Propst is one of six coaches that are the 2nd highest paid employees in their school district, according to public records. The others: Baldwin County High’s Jesse Hicks, Wayne County’s Cribb, Elbert High’s Sid Fritts, Washington-Wilkes’ Chad Alligood and Thomasville High’s Zach Grage.

All but Grage have the title of athletic director, according to OpenGeorgia.gov.
Nearly 30 miles to the south, at Thomasville High School, Grage is listed as a Grades 9-12 Teacher. The only person paid more by the Thomasville City Schools: the superintendent.

Grage, was a central figure in the First Coast News On Your Side investigation into Thomasville High football players allegedly receiving IV fluids before football games. Since then, the Georgia High School Association said it wasn’t taking an official stance on student-athletes receiving IV fluids before games and would leave the matter up to individual school districts.

Thomasville City School officials have declined comment for this story.

“There is no question that there is an expectation with a ... price tag,” Coffey said. “I think we have to be careful about measuring individuals according to wins and losses.”

Football vs. Everything Else?

“The biggest misconception is because it is solely done because of football,” Coffey said. The Camden County Schools athletic director is talking about the increasing cost of high school coaching salaries. Across the state, other extracurricular activities provide additional income for educators.

For example, Valdosta City Schools paid their head football coach $35,753 supplement for 12 months to coach football during the 2017-2018 school year, according to documents obtained by First Coast News. The top coaching assistants made between $14,000 (offensive and defensive coordinators) to $5,000 supplements (special teams kicking coach). Athletic directors and athletic trainers both made $10,000. The Boys basketball coach makes an $8,500 supplement.

“The accountability now financially and the importance of doings things transparently is important to be able to show the public how we do it,” Coffey said. “There is no cloak and dagger. There is no backroom [deal]. It’s all public.”

“The game is important, and it is given certain latitude,” Coffey said. “There are a number of things that go into it…It is a big draw and it is the largest population of student-athletes on campus. It generates a lot, if not the majority of money for the athletic program.”

“Everything has increased. I can’t deny it. Even if you go back to where I was at one point in time,” Coffey said.

After winning a Florida high school football state title with Raines High School in 1997, Coffey left to coach football in Georgia. Partly because of money.

“Moving across the state line allowed me to have an increase in pay teaching wise,” Coffey said. “It isn’t about getting rich.”

That was two decades ago. Now, in some cases, football coaches make nearly four times as much as their Florida counterparts.

Out of the at least 44 coaches making six-figure head coaches, over a dozen came from the Florida high school ranks. For example, Colquitt County Public Schools pays Propst a $43,000 stipend to coach football. Glynn County Schools pays their two football coaches a $16,500 stipend.

Coffey says a key difference is the financial encouragement public school districts in Georgia offer for educators who obtain higher degree levels. The average teaching salary in Georgia, according to the National Education Association’s most recent data (2016-2017), is $54,190 compared to Florida’s $49,199. The average salaries in Clay County ($44,483), Duval County ($47,000), Nassau County ($46,372) and St. Johns County ($48,190) are slightly below the state average.

“I think coaches are worth six figures all day long. But teachers deserve more too,” Jacksonville-based quarterback coach and former high school coach Denny Thompson said. “It is a completely different game in Georgia than it is in Florida though.”

Thompson, a former assistant coach at Bartram Trail and Mandarin, says it’s not surprising Florida is losing coaches but says money is only a portion of the issue.

“Money is the big thing. One of the things people don’t see is I can take some of the [assistant coaches] that I am paying a $2,500 stipend to and give them thirty grand. They can literally make 10 times what they are making here by going from Florida to Georgia. So not only am I improving my family, but I am improving the livelihood of some of my closest friend’s family,” Thompson said.

Even more surprising, Thompson said, is the amount of coaches that choose to remain in Florida despite having success on the gridiron. “I am surprised any successful coach stays. In a world where we make everything about money I think this proves it is not,” Thompson said. “It’s a tough job. I couldn’t do it.

“From a coach’s perspective you get a stipend for a football season, but you’re expected to work year around. The summer is busy, if not busier than the fall,” Thompson said. "It’s borderline criminal how little they pay coaches and teachers in the state of Florida.”

If you have a story idea or have a news tip, contact the reporter at mahead@firstcoastnews.com