A Vietnam War veteran is one of many veterans frustrated by agreement issues plaguing Georgia Veterans Home Health Care Services. 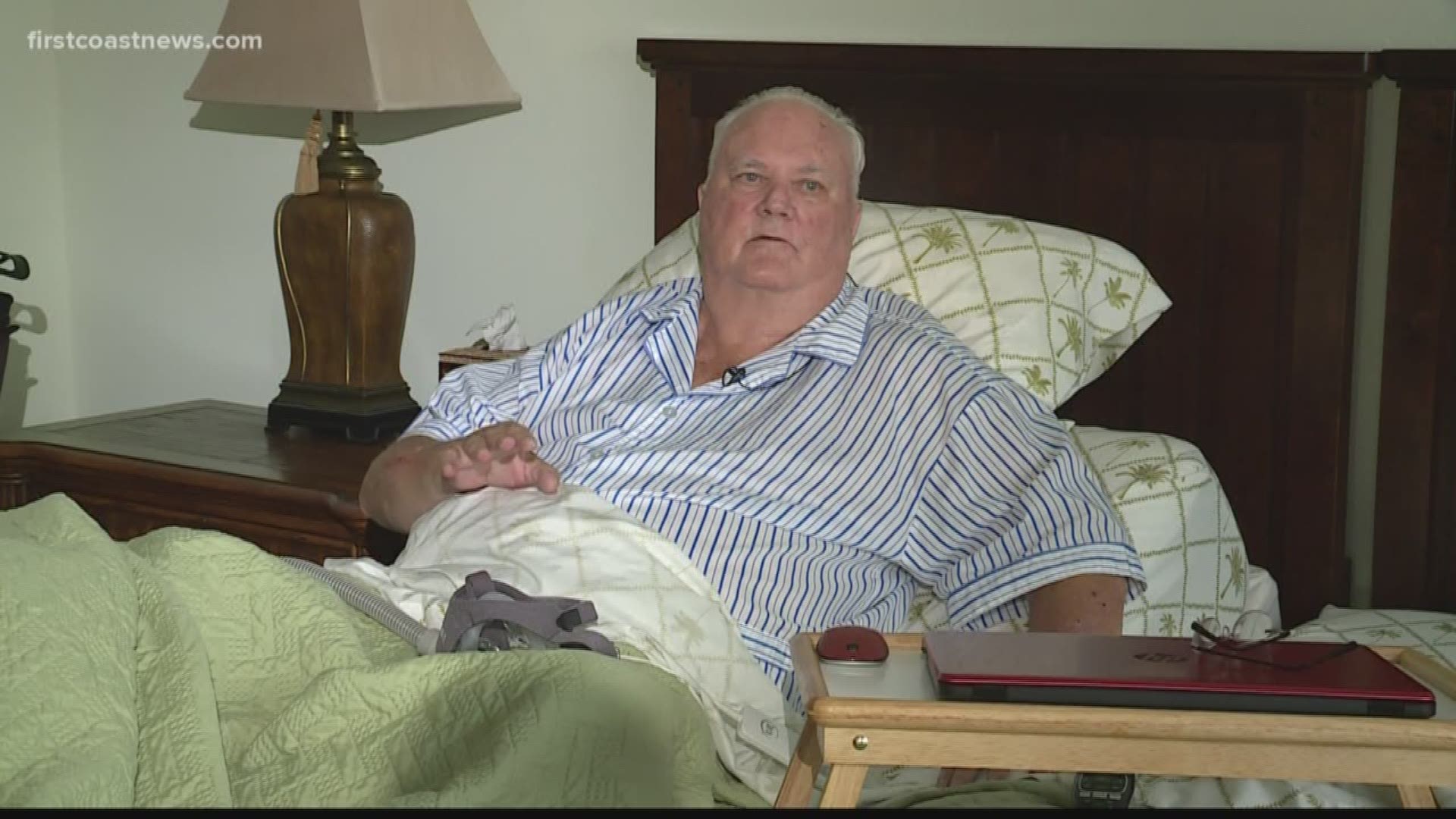 “An updated Veterans Care Agreement was signed [Thursday] with the GA Nurse Care which ensures there is no gap in care for our Veterans. Staff from the Carl Vinson VAMC contacted each of the Veterans impacted by the lapse in contract paperwork to assure them there would be no loss in service of the home nursing program. We appreciate the services our community partners provide to our Veterans, and we look forward to continued partnership.”

James Yale, 70, served in the Navy during the Vietnam War. Now he relies on the promises of the Department of Veteran Affairs to meet his health care needs.

"I have no in-home care now because of a lack of direction from the VA," Yale said.

Yale is recovering from surgery. From his recovery bed, he said the VA system has failed him, much to his chagrin.

"I had in-home care four days a week before the first [of October]," he said.

Oct. 1st, 2019 was the start of the government's new budget year. Yale said he learned of the issue the day before.

"We found out about it on Monday," he said. "There was no notice."

Kathy Gibson is a client care coordinator with Georgia Nurse Care. Yale is one of her clients. Gibson said her company provides services to a number of veterans.

"We have between 32 and 36 in this VA out of Dublin and two out of the VA in Gainesville," she said.

Gibson said the problem is a breakdown in the billing/payment system and they are working to get services restored.

"It is a breakdown in a system that is already broken," Gibson said.

She says there was a change in payer source and the transition was not completed in time.

Georgia congressman Buddy Carter confirmed that there is a problem

"We have had some calls," Carter said.

The congressman said the House Veterans Affairs Committee and the Department of Veteran Affairs are working on the issue.

"The VA acknowledged there was a 'provider agreement issue' when we transitioned from VA Choice to VA Mission," Carter said.

On Your Side Contacted the VA's Dublin Georgia office and was provided this statement:

So we provided the information from the veterans, the home care services and Congressman Carter.

"I can tell you the people I work with directly inside the agency is doing everything within their power," Gibson said.

Gibson said the snafu could have been avoided and that the government agency knew the transition was coming and apparently was not properly prepared.

"These veterans gave a lot for this country," Gibson said. "We wouldn't have the freedom that we have without them."

Yale will have a follow-up visit with his doctors next week regarding his surgery, but as for when his home care services will return, he is in limbo.

"It is absolutely frustrating," Yale said. "It is insane."