Fahima Rastagar started an online petition to bring her family to the US. 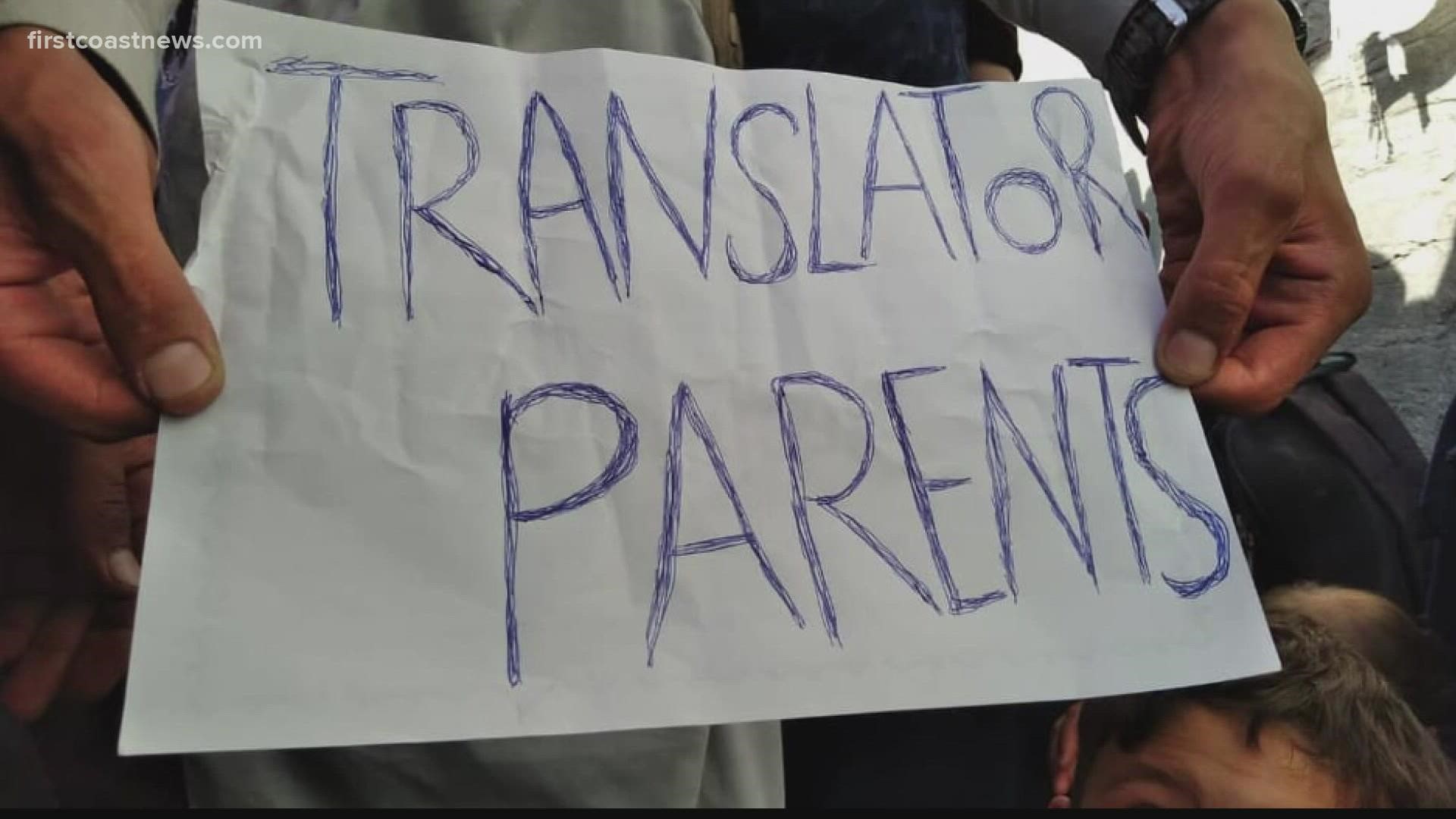 JACKSONVILLE, Fla. — Desperation doesn't even describe the feelings Fahima Rastagar has for her parents in Afghanistan.

She says they are in a do-or-die situation. She believes a failure to get them rescued will lead to their deaths.

"There was anxiety. There was devastation, suffering. This whole thing is just a tragedy," Rastagar told First Coast News.

Rastagar was a translator for some time for the US military. Because of that, she hoped her family would have been given priority to leave.

She says they were at the airport the day 13 US service members were killed in an explosion. Her mom was injured, and they had to leave without the chance of making it on board a plane.

"I think what bothered me was, up to a point, I still had hope. But when my parents went to the airport and that bomb exploded, something happened inside and I just felt - I just can't describe it," Rastagar said.

She's started an online petition to get her parents rescued. She's also looking for a US family to sponsor them.

She's heard from Senator John Ossoff's office and was told her parent's case would be fast-tracked, but she hasn't received an update in more than a week.

Her parents are in hiding now, fearful of being found by the Taliban.

Rastagar is now a nursing student at the College of Coastal Georgia in Brunswick pursuing a career in a field that means a lot to her.

It's an opportunity to give back, she says, to those who helped her as she's looking to help her parents make it here, too.