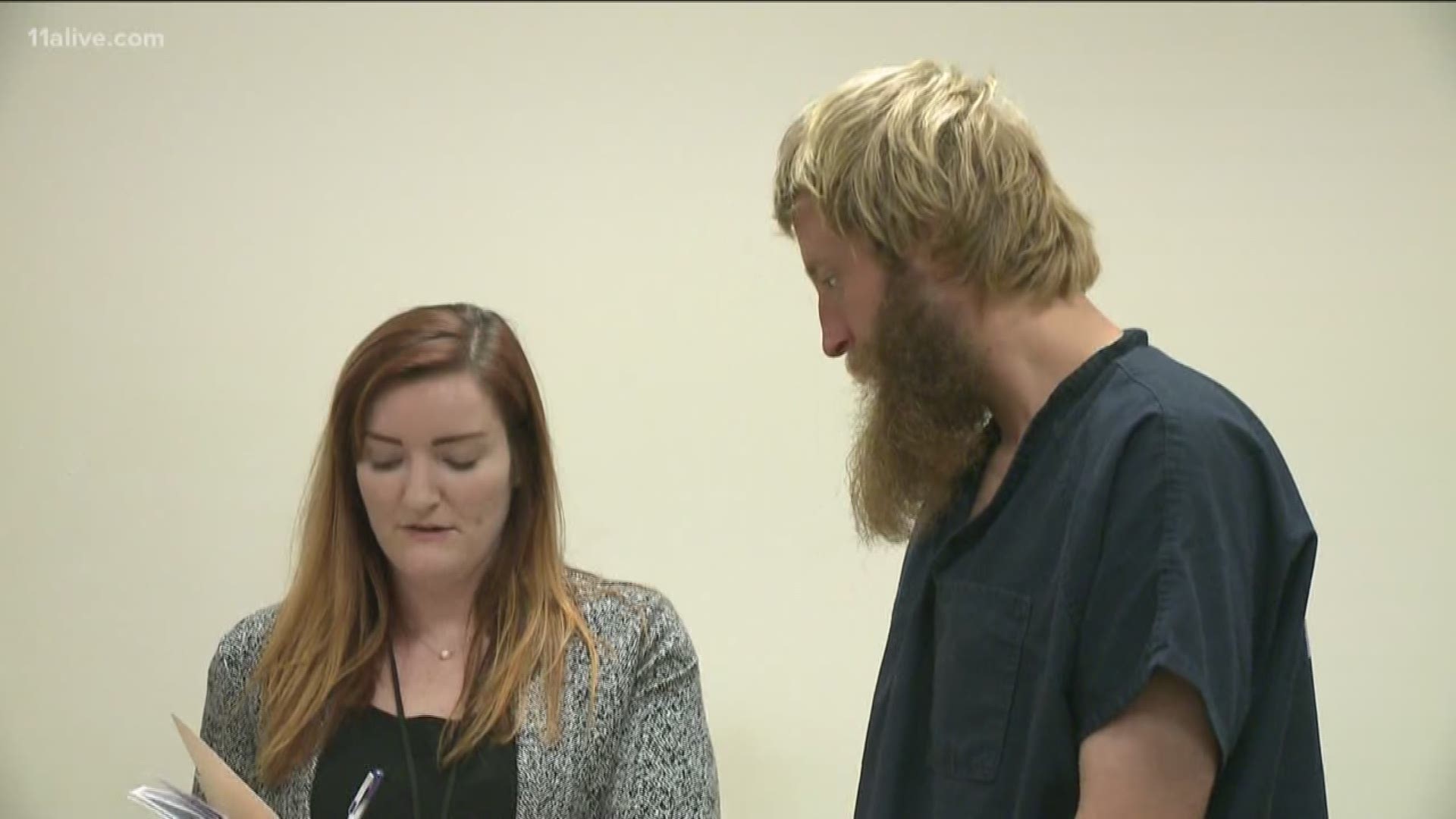 ATLANTA — A man is in custody and was denied bond after going on a rampage Monday night at the state Capitol in Atlanta.

Joshua Lemhouse, 27, was first seen damaging a Capitol security car at around 11:30 p.m. Officers said he broke the side mirrors.

Before officers could catch him, Lemhouse ran to the south side of the building to the second floor entrance on Capitol Square. At this point, police say he broke the glass out of the door and entered the Capitol.

Authorities say Lemhouse then grabbed a flagpole just inside the entrance and began breaking light fixtures and damaging two paintings.

An officer on the first floor went to the second floor when he heard glass breaking. Lemhouse allegedly struck the officer with the flagpole.

The officer was able to get Lemhouse on the ground, but he quickly got up and ran away.

Lemhouse ran to the third floor of the Capitol where he reportedly kicked in the door to the Secretary of Senate's office. Police say Lemhouse began to flip over filing cabinets and smashed the window in the office.

Another officer arrived and attempted to use a Taser on Lemhouse, but it did not have an effect on him, and was able to break free as the officer was trying to apprehend him.

Lemhouse made it back down to the second floor where he was able to cause damage in the rotunda, police say.

He ran to the doors on the west side of the Capitol where he knocked out the glass on the door and made it out of the building.

Lemhouse was caught on Washington Street and placed under arrest. He was transported to Grady Memorial Hospital.

According to police, the hospital was able to determine Lemhouse had cocaine in his system.

Two officers were also transported to the hospital and were treated for injuries.

Lemhouse is facing the following charges: obstruction of a law enforcement officer, a felony for interference with government property, criminal trespass, simple battery and criminal damage to property.

A judge did not issue him a bond.