The 31-year-old Minneapolis resident feels his uncle's death wasn't in vain and is bringing about social change in the country. 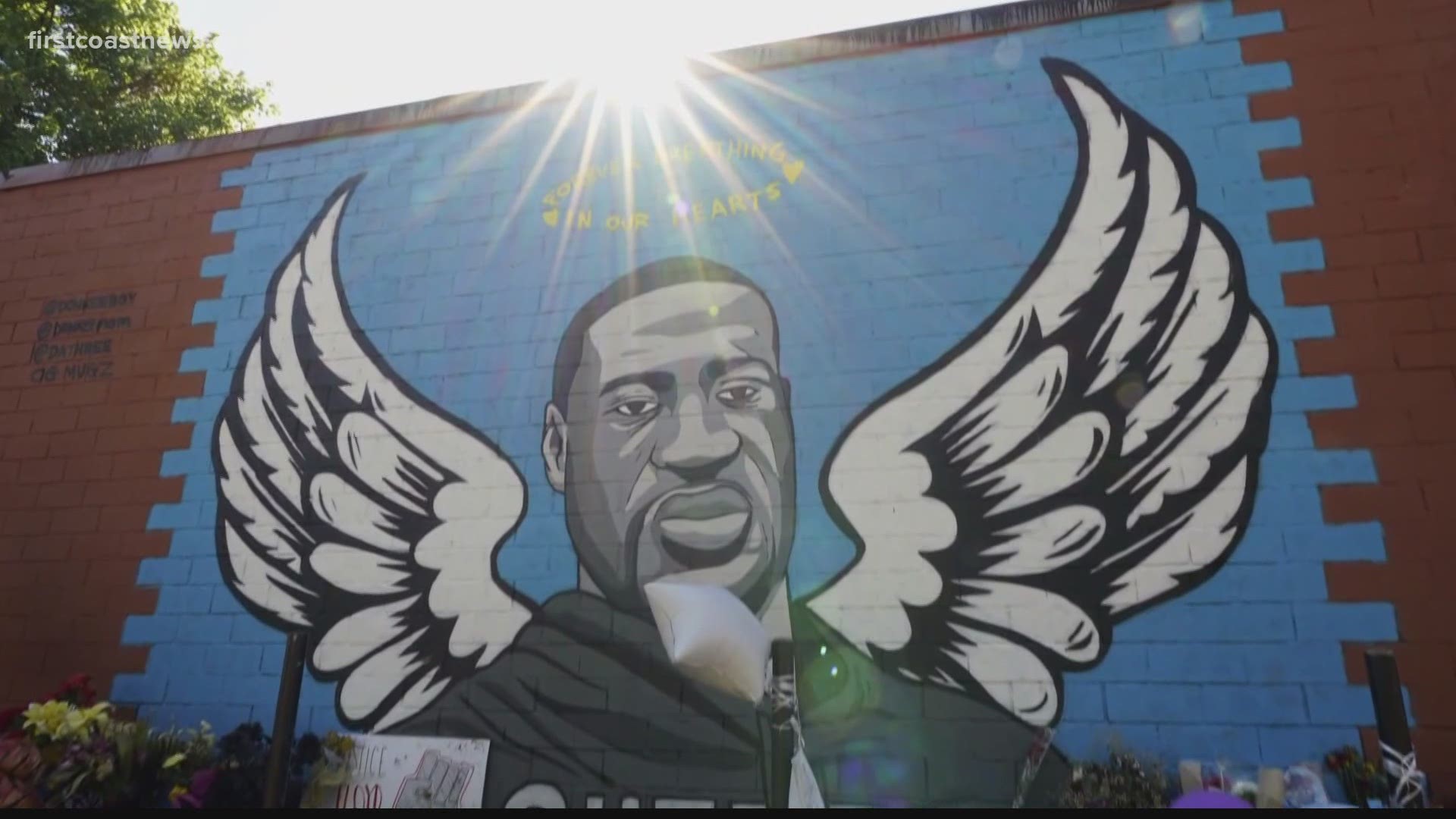 JACKSONVILLE, Fla. — Nothing will bring George Floyd back, but justice was served, according to Cortez Rice, Floyd's nephew.

Rice said in an interview with First Coast News, he is still in a state of shock over former Minneapolis police officer Derek Chauvin being found guilty on all count's in the death of Floyd.

The 31-year-old Minneapolis resident feels his uncle's death wasn't in vain and is bringing about social change in the country.

“It just brought back so many emotions on how much I miss him, how much I can’t see him anymore, just how I want to hear his voice again," Rice said. "And I just want to tell him, ‘We got the justice for you, man. We got it for you.'"

Rice went to the spot Floyd lost his life last year immediately after the verdict and said the area was electric.

Rice recalls watching sports with his uncle, who loved all Houston teams. He believes Floyd was a martyr to a larger cause by forcing police reform in Minnesota and the nation.

However, Rice says the family's fight is far from over

“As much as I’m happy that we just got this verdict, I know he would tell us to keep up, to keep going. Don’t stop. Keep going," Rice said. “We’re going to continue to be out here with boots to the ground in Minnesota, and not just in Minnesota, but across the country standing up for all stolen lives.”

Rice says they will continue pushing for social justice and police reform, particularly through the "George Floyd Justice in Policing Act."

Rice plans on going to Washington, D.C. to testify for the act.

On Wednesday evening local activists will hold a protest they say is seeking "continued justice for victims of police brutality" outside the Duval County Courthouse.

EXCLUSIVE: The nephew of #GeorgeFloyd shares his emotions after #DerekChauvin guilty verdict and how the family plans to continue their push for social change. It's a story you'll only see tonight live at 5 & 6 on @FCN2go. pic.twitter.com/tS25IV9F4e

EXCLUSIVE: The nephew of #GeorgeFloyd says he feels justice was served in the death of his uncle. Cortez Rice says nothing will bring Floyd back, but he's happy his uncle's death is bringing about social change in the country. It's an interview you'll only see on @FCN2go at 11. pic.twitter.com/6gIQdaB4k9